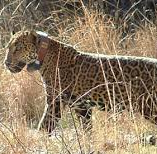 This year, the Endangered Species Act (ESA) turns 40. I consider this act flawed because it provides no positive incentive for conservation on private land. Quite the contrary, the ESA actually encourages private property owners to rid their properties of endangered species and their habitats because of the restrictions in beneficial use the Act imposes on property owners. Ever hear the phrase “shoot, shovel, and shut up?”

Besides trampling on property rights, the ESA destroys industries (remember the timber industry in the northwest?), it is very expensive (regulatory costs exceed $1.2 billion per year), and it is ineffective. The ESA should be replaced with a voluntary, non-regulatory, incentive-based act. Make conservation profitable.

As of July 8, 2013, there are 1,241 animals and 856 plants listed as endangered or threatened. Hundreds more species are candidates for listing. After 40 years and billions of dollars, of all the species that were listed, only 47 have been removed from the list, of which 18 were removed due to erroneous original data, nine became extinct, and the remaining 20 are considered recovered. Those recoveries, however, were due to factors that were either not related to, or predated ESA. For instance, recovery of the American peregrine falcon, arctic peregrine falcon, and brown pelican is attributed to the banning of DDT according to the U.S. Fish & Wildlife Service (FWS).

The ESA is administered as an “absolute” law, holding precedence over all other land usage and in the process “taking” private property rights. The law forbids the killing, trapping, harming or harassing of endangered species, and the courts have broadly interpreted those prohibitions. The FWS could regard the entire country as critical habitat for something because there is no incentive not to, and to do so, just increases their power. This lack of accountability is a recipe for abuse by a bureaucracy run amok. The ESA tramples on private property rights more than any other federal statute. Under the ESA, individual Americans have been prevented from building homes, plowing fields, filling ditches, cutting trees, clearing brush, and repairing fences, all on private land. The federal government has even barred private landowners from clearing firebreaks to protect their homes from fire hazards or defending themselves against invasion by wild animals such as grizzly bears.

Radical environmental groups flood the Feds with species petitions. Budd-Falen noted that “On July 12, 2011, the Justice Department and the U.S. Fish and Wildlife Service announced an historic agreement which will require the American taxpayers to pay $206,098,920 to just process the paperwork deciding whether to include over 1000 plants, bugs, worms, and other assorted creatures on the Endangered Species list. None of this money goes to on-the-ground conservation; this taxpayer funding is just to process petitions filed by only two, out of dozens, of radical environmental groups who think newts and moths are more important than the elderly or our children.” The two environmental groups referred to are the Wild Earth Guardians and the Center for Biological Diversity.

Bad science has characterized species listing under ESA. For instance, in southern Arizona, the listing of the pygmy owl ignored its abundance in its core area of Mexico and South America. Arizona riparian areas represent a fringe habitat. The owl’s true riparian habitat has not existed in Tucson for 100 years, and the little critters now seem to favor suburbia. While core habitat may deserve protection, splinter groups in peripheral areas are ephemeral and need not receive special attention to preserve the species. The same goes for the jaguar, see Jaguars and Junk Science.

It is time to consider repealing the ESA and replacing it with a more effective system that encourages conservation with positive incentives. Reform of environmental law is the subject of an essay by Jonathan Alder in the Duke Environmental Law and Policy Forum entitled “Conservative Principles for Environmental Reform.”

Alder concludes his 28-page essay with this paragraph: