Senator Jeff Flake is making the customary rounds of Arizona during D.C.’s summer recess, and on a rare trip to Southern Arizona, he dropped a bomb on the residents of the 6th poorest metropolitan area in the country. In one of the few free opportunities to hear from their senator, Tucsonans were told that the Air Force plans to phase out the A-10, which will result in an estimated loss of 5,000 jobs.

In one of the few opportunities to hear from the Senator without paying a cover charge, Flake confirmed for listeners of the James T. Harris radio show that one of their worst fears was true: the A-10 has been marked for elimination in the next 1 to 2 years. 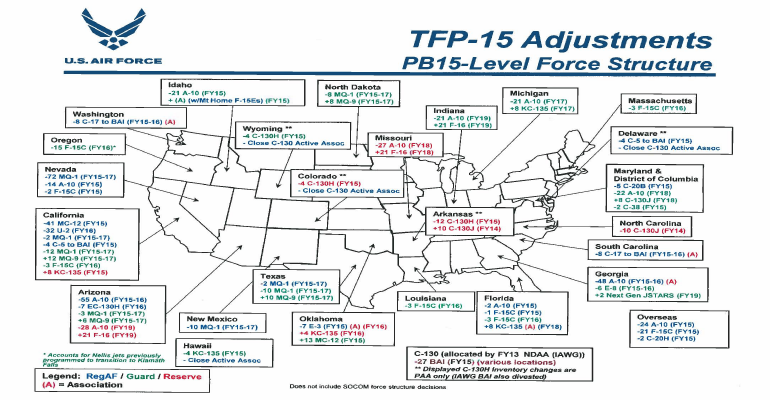 Flake told Harris’ audience that the plan to eliminate the A-10 and the KC-10, an air refueling tanker and cargo aircraft, have been in the works for a while. This claim left many residents wondering why the Senator had not given them a heads up and an opportunity to defend the A-10 critical mission set.

When asked by Harris if he had any concerns about the proposed phase out’s effect on national security, Flake flippantly responded that he doubted the Air Force “would make a decision that would harm the national security.” Flake then claimed that the F-35 would provide an alternative to the A-10, ignoring the fact that the F-35 would not provide an alternative source of jobs for Tucsonans who lost the F-35 last year to Luke Air Force base in the Phoenix area.

Luke, understandably, fought hard for the F-35, but the plane is still a theoretical concept due to technical problems and massive cost overruns.

Air Force and legislative personnel say the planned phase out is part of a deal cutting that will leave the country at risk and cost far more than the 5,000 jobs at Davis Monthan Air Force Base and the surrounding area. But, they say, there is still time to stop the process if Flake and others will listen to the facts.

They say that the cuts to phase out the A-10 in the Program Objective Memorandums (POMs) for the upcoming fiscal years are intended to spare the B-1 Bomber. The B-1 bargaining chip is for a future bomber. KC-10 retirement is to force the purchase of more Boeing KC46 tankers, another program far from ready for prime time. The B-1, an aging limited use aircraft, is the perfect bargaining chip in future negotiations for defense spending.

POMs include decisions as to what defense programs live or die.

In the case of the A-10, any decision would also determine which soldier lives and dies as A-10s provide ground cover for the boots on the ground.

Despite this vital service to service men and women, the reasoning by Air Force officials is that the aging B-1 can be trotted out to U.S. senators and representatives as a solid example why they need more money down the road. Because the operating cost of one B-1 is the equivalent of 24 A-10s, the sturdy A-10 is not a compelling bargaining chip.

The Air Force will argue that the A-10 is a single purpose aircraft and as a result, is expendable. The decision makers in D.C., like Flake, will likely have only the information provided by the powers that be upon which to make an “informed” decision. What they will not be told is that the A-10 is critical to combat operations and the KC-10 crucial to mobility, say experts.

Unlike the loud single engine F-35, the A-10 is quiet and highly maneuverable. Unlike the F-35, the 30 millimeter GE GAU-8 Avenger cannon used by A-10s can have a devastating effect on the enemy. The 25 millimeter cartridge used by the F-35 is only marginally better than a 20 millimeter and does little damage. So little in fact that a few years back when a F-16 pilot inadvertently shot at a school in New Jersey, witnesses reported only hearing the “…sound of someone running across the roof of the building.” No damage was reported at all.

Bottom line for pilots: the 30 millimeter is far superior.

Supporters of Davis Monthan and the A-10 mission say it is not too late to save the life-saving attack plane. They are urging local officials and the public to call upon Flake to come to the defense of national defense.

Unfortunately, Flake is using the summer recess to sell immigration reform as his national defense plan. The irony is not lost on the residents of the area, who have seen the illegal entrants change over the years from poor people looking for opportunity to hard core drug runners taking advantage of a country who lost all interest in national defense.

Just recently, officials report a low flying A-10 near Ajo surprised a cartel convoy that was being confronted by a lone border agent. The curious A-10 made numerous low passes over the confrontation. The result, the cartel fled south. A border patrol source says there is no doubt the arrival of the A-10 saved the border agent’s life.

While Flake is trying to sell the border residents on the idea of drones overhead as part of their future, he is trying to convince them that the loss of the A-10, a source of their livelihood, is a thing of their past.

Flake hopes to clarify A-10 issue