The U.S. Fish & Wildlife Service (FWS) is proposing to list the “western distinct population segment” of the Yellow-billed Cuckoo as a threatened species as a result of a “sue and settle” agreement with the Center for Biological Diversity over 757 species nationwide. (See my article The Flaws in the Endangered Species Act for more on the “sue and settle” tactic.) 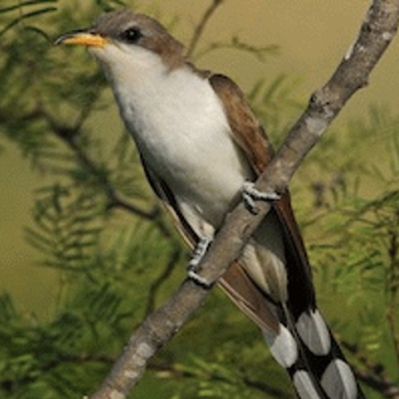 According to a story in the Arizona Daily Star, about 20 cuckoos inhabit Pima County’s Cienega Creek Natural Preserve downstream from the proposed Rosemont copper mine. Radical environmentalists are making an issue of this in their failing attempts to stop the mine. The cuckoo is also being used as an excuse to stir up trouble along the San Pedro River near Sierra Vista (see story here).

Rosemont, anticipating the proposed listing, has already spelled out detailed mitigation plans for the cuckoo in its Environmental Impact Statement to the Forest Service.

In my opinion, the proposed listing of the cuckoo is not justified by science; it is purely politics.

Arizona and other western states are at the fringe of the cuckoo’s range. The Yellow-billed Cuckoo is common in the southeastern U.S. See the range map from the Cornell Lab of Ornithology below: 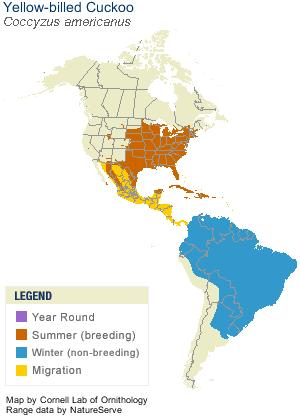 Whether or not these fringe populations survive will have no impact on the overall species survival. Species’ occurrence within fringe areas are always ephemeral and subject to change.

The proposed listing itself is not the result of a scientific study, but is the result of litigation abuse by environmentalists and a backroom deal with FWS. A deal such as this shows why the Endangered Species Act should be repealed and replaced with a program that respects property rights and provides a positive incentive for conservation.