For all geology buffs, the Arizona Geological Survey has produced an interactive geologic map of Arizona. Get it here: http://data.azgs.az.gov/geologic-map-of-arizona/# 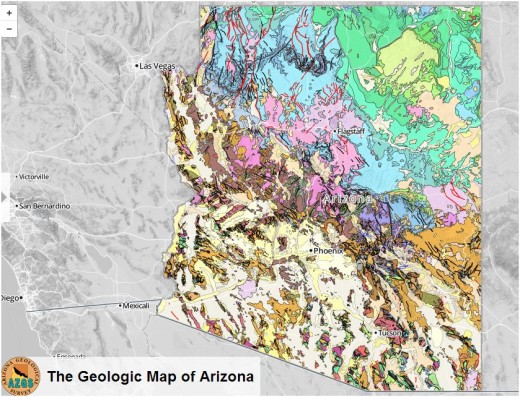 Notice the geological pattern of Arizona. There is a distinct line running from Las Vegas to southeastern Arizona. This is the Mogollon Rim separating the Basin & Range province of the southwestern part of the state from the high-elevation Colorado Plateau. Within the Basin & Range, the mountain chains are long and thin, separated by broad alluvial valleys, some of which are 12,000 feet deep to bedrock. The physiography of the Basin & Range is the result of crustal extension, and the geology is complicated compared to the almost layer cake sediments of the Colorado Plateau. Young faults are shown in red; older faults are in black. Young volcanic rocks are shown in pink.

You can zoom in on the map and see Arizona with all its faults. Running the cursor over the map shows the geological symbol for the formation. If you click on a formation, some information pops up. For example, the granites in the Santa Catalina Mountains is shown below. The information box also lets you see the whole map legend if you want to. Have fun. 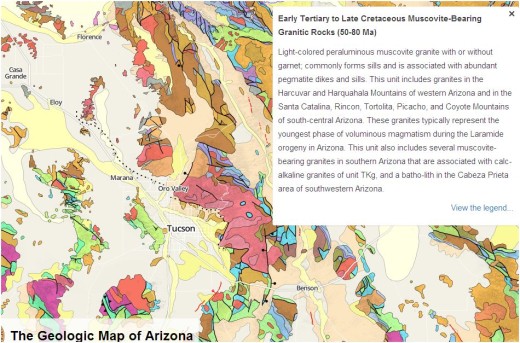