“The past is getting cooler” may seem like a strange headline, but it reflects a curiosity of published government temperature records which show the 1930s getting cooler and cooler with each update of the record. This phenomenon is due to government data manipulation designed to make the present look warmer in relation to the past. This falls in line with the global warming scam that demands we reduce our carbon dioxide emissions and use the more unreliable wind and solar energy rather than burn our abundant fossil fuels, or dire consequences will follow.

Chief temperature tamperers in the U.S. are the National Climatic Data Center, part of NOAA, which maintains the Global Historical Climatology Network (GHCN), and the Goddard Institute for Space Studies (GISS) which is part of NASA.

Steven Goddard (no relation), proprietor of the blog Real Science, has a special page which documents the data tampering with many comparative graphs. Here is how GISS plotted U.S. temperatures in 1999: 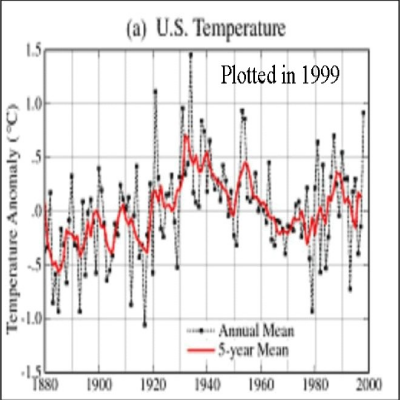 And here is how GISS plotted U.S. temperatures in 2011: 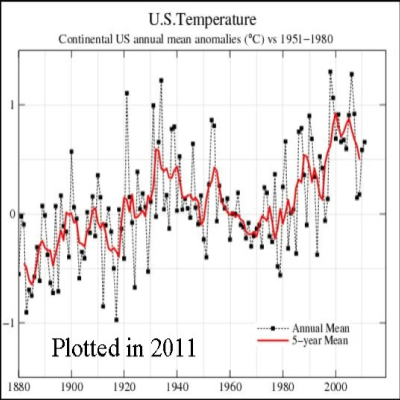 Notice how the past got cooler? Note that the vertical scales are different between the graphs. However, look particularly at the year 1999 on both graphs. On the earlier graph, the 1999 temperature anomaly was less than 1 degree C and cooler than the 1930s. In the more recent graph, however, the 1999 temperature anomaly was more than 1 degree C and warmer than the 1930s.

GISS isn’t content to mess with just U.S. temperatures, they also revise world temperatures. For instance, Paul Homewood notes in his post, “Cooling The Past In Iceland” GISS made some “homogeneity adjustments” for Reykjavik resulting in these before and after temperature graphs: 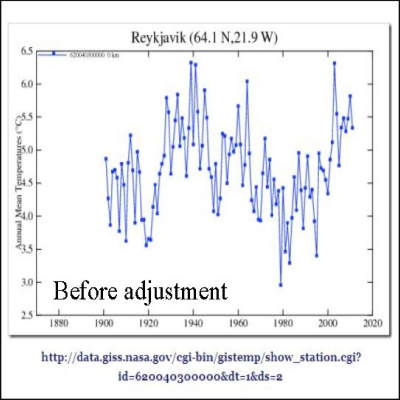 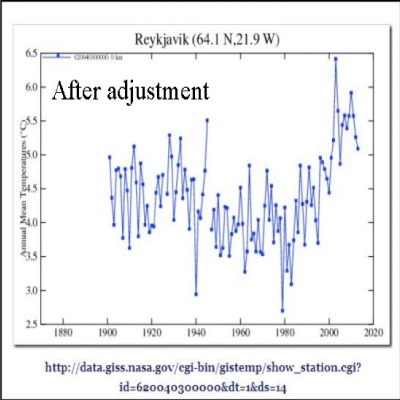 Steven Goddard notes that the New Zealand government is into data tampering also and he compares before and after “adjustments” See post here: 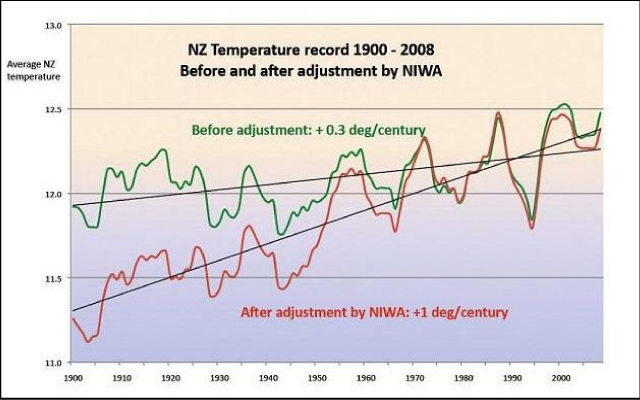 It seems that in the realm of climate, government science is mostly political science. Good science has been corrupted by ideology and politically correct funding.