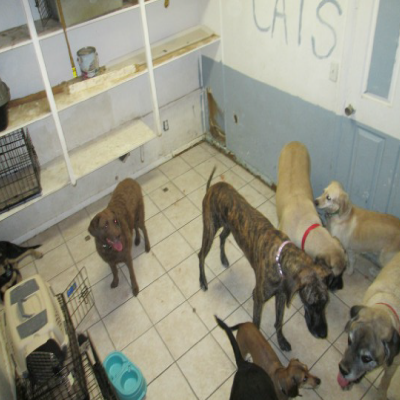 In June, 23 dogs under the care of U.S. Senator Jeff Flake’s son Austin and daughter-in-law Logan Flake died when the two Flakes were put in charge of boarding operations at Logan’s parent’s Green Acres Dog Boarding Facility in Gilbert, Arizona.

At the time, Sheriff Joe Arapio said, the “owners claim the air conditioning was cut off after a dog chewed through some electrical wiring. But it seems unreasonable that dogs could be healthy at 11 p.m. and dead by 5:30 am as the owners suggest.”

Arpaio said the veterinarian believed that the timeline “given by the owners and caretakers is highly suspect.”

“The stakeholder group will focus on policies that ensure when people entrust their beloved pets to a boarding facility, they will be safe and properly cared for,” said Rep. Brophy McGee.

Rep. Brophy McGee and representatives for Sheriff Joe Arpaio have met to discuss the issue, and plans are underway to hold a news conference the week of July 21.

“I look forward to working with the Sheriff Arpaio,” said Rep. Barton. “Sheriff Joe and ACIU have been very active in fighting domestic pet abuse, and the sheriff has worked to help legislation pass that protects all animals.”

In addition to members from the Legislature and law enforcement, the stakeholder group will include representatives for small and large pet boarding businesses, county government and animal welfare groups.

“This is a very complicated issue with many interests,” said Rep. Brophy McGee. “Ultimately the goal is to protect our pets, not interfere or unduly burden businesses that operate properly.”

Rep. Brenda Barton, R-Payson, who chairs the House Agriculture and Water Committee, noted that the animal cruelty legislation she sponsored last session, House Bill 2587, is an important piece of the puzzle.

“Law enforcement and prosecuting attorneys have told me that existing statutes make it hard for them to investigate and prosecute animal cruelty and neglect,” said Rep. Barton. “We need to find a way to strengthen the laws so animals are protected.”