This week, 2.4 million current and former students and employees of the Maricopa County Community College District received notices that their personal information might have been exposed as a result of a hack into the District’s computer system.

The data includes employees’ Social Security numbers, driver’s license numbers and bank account information, and students’ academic information. The district’s governing board is spending up to $7 million to notify and offer credit monitoring services to those potentially affected by mid-December 2013.

The FBI notified the district on April 29, 2013, that it had found a Web site offering data from the district’s IT system for sale.

The District said the breach was not disclosed for seven months because the District was investigating the extent of the exposure.

Firewalls and security procedures have been put into place. IT employees have faced disciplinary action, according to officials. “We started immediate steps to make the system secure, and it’s become progressively more secure as time has gone on,” he said. 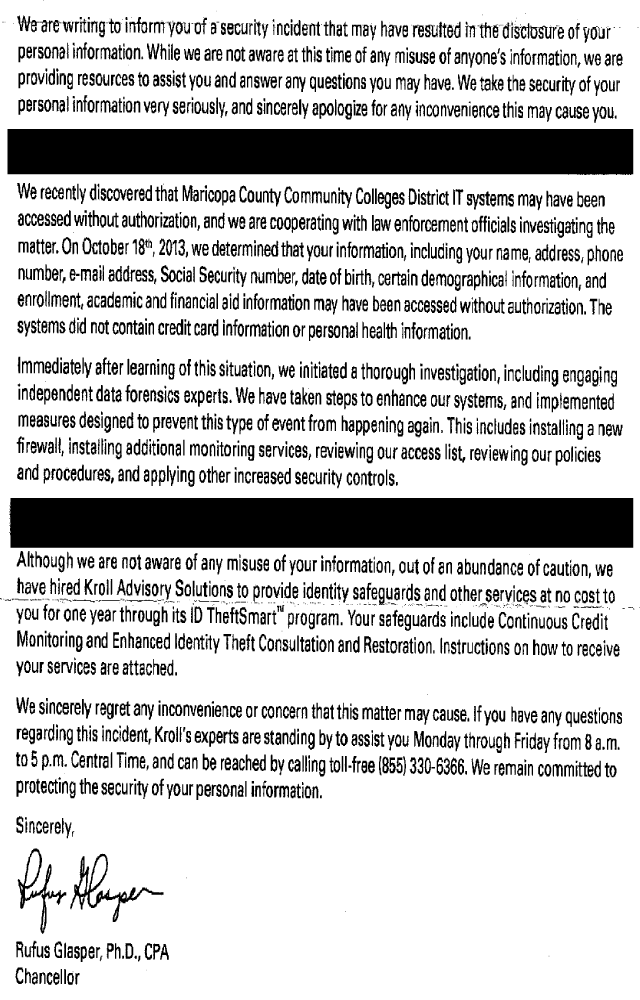