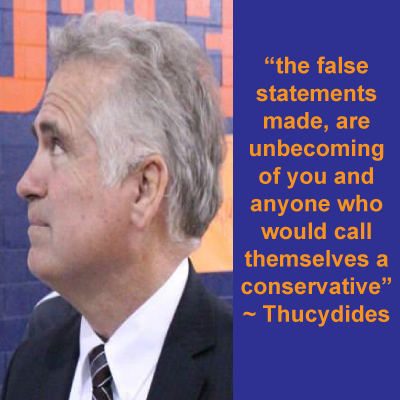 Teachers and kids alike will be returning to school over the next couple of weeks across the state anxiously anticipating what awaits them in their classroom now that Superintendent of Public Instruction John Huppenthal and Governor Brewer have mandated the full implementation of the Common Core in Arizona’s schools.

Will Common Core and its “aligned” textbooks with their equally aligned, nonsensical math problems lie in wait?

Will the Common Core’s NSA-like data suctioning systems, which gather all manner of data on our kids and teachers, be fully operational?  Will all that gathered data be used to ensure teacher compliance with Common Core central’s commands, provided teachers and administrators can comprehend what those commands are?

How many talented, veteran teachers will reluctantly decide to retire early and how many newer teachers will select another career choice this year rather than playing a part in the federal takeover of education known as the Common Core?

Will the Department of Education have a standardized test selected to replace the AIMS test yet, or will they be too busy emailing each other should they discover a teacher is going rogue and opposing the Common Core? The newly chosen test is due to be administered in the spring of 2015 and should have long ago been selected.

Will they choose the PARCC testing group with which John Huppenthal had a very close relationship, he sat on their governing board, in violation of Arizona’s procurement laws? Will the PARCC test still have major security flaws as it did during its field testing in Arizona this last school year?

Will the current Superintendent of Public Instruction, John Huppenthal, be too busy posting online under his pseudonyms “Thucydides”, “Falcon9”, or another yet-to-be-discovered anonymous name late into the wee hours rather than providing the leadership and qualities needed to steer Arizona’s fragile education system?

Will there be new “students ” freshly acquired from border crossing detainment facilities that will require vast amounts of already stretched education resources, not to mention inoculations?

As a teacher, I go into the new school year with all these questions and more.  I must now look over my shoulder at every turn for the long knives of angry bureaucrats  at the Department of Education and an angrier Superintendent of Instruction, should John Huppenthal be re-elected this year.  I have had a target on my back since I penned an op-ed in opposition to the Common Core at the end of last school year, as well as writing other articles critical of John Huppenthal, and they have shown no evidence of ending their intimidation or retaliation against me.

I recently came across one of Superintendent Huppenthal’s anonymous blog comments in which he deceptively attacks the blogger, branding him an Alinsky-ite, for disagreeing with his support of Common Core.  Huppenthal  also goes on to call the federally led Common Core standards “conservative” and infers that anyone who disagrees with him is not a good conservative.

You are a good man and have done a lot to advance the conservative cause.  But, these are very good standards and completely conservative standards.  The shrillness of this column, the personal, Saul Alinsky, style of the attack and the false statements made, are unbecoming of you and anyone who would call themselves a conservative.

This is reminiscent of when Huppenthal made a complete ass of himself when he called those who disagreed with him regarding the Common Core, “barbarians”.  Huppenthal , and the Department of Education he leads, attacks the integrity of those who disagree with them.  They forget that they serve us, not the other way around.

Huppenthal’s mandated Common Core reading and writing standards do have social studies and science content embedded in them as a backdoor way of including their politically charged content.  Huppenthal is hoping that the uninformed listener will come to the conclusion that he blocked Common Core from our schools.  His depth of deception is rather remarkable and borders on the psychopathic.

After I publicly voiced my opposition to the Common Core, a highly placed Department of Education official called into my classroom in an attempt to intimidate me into silence.  I talked to Mr. Huppenthal twice about this intimidation and even followed up with an email.  He looked me in the eye and promised that he would make things right and that no one should be trying to intimidate me.  I have never heard from Mr. Huppenthal again.

This behavior, his deceptive anonymous online postings, combined with his emotional breakdown at a press conference recently when he admitted to the anonymous posting of racially charged comments online, causes me to question his mental/psychological fitness to continue in office, much less serve another term.  If he was a teacher he would most likely have been removed from the classroom long ago.

Huppenthal also parades as a conservative, but what true conservative would hand over sovereignty of education to the federal government?

Is it okay to say that John Huppenthal’s behavior was deceptive and disgraceful and that they should never imitate it?  That will be my answer nonetheless.  Will I then be targeted for that comment?

This horrible present does not have to be our state’s future fortunately.

Ensure that our kids and their teachers do not have to have the uncomfortable conversation above by making sure the serial deceiver, Huppenthal, is not re-elected.

Ensure we do not have a Department of Education that intimidates, retaliates, and deceives, just like their leader Huppenthal, by making sure that we elect someone who will not tolerate these bureaucrats’ nonsense.

Ensure that we regain state sovereignty over education and return it to the control of the local/parent level by not electing someone like Huppenthal who supports Common Core in our state.

I go into the school year with a glimmer of hope, however.  Diane Douglas is running against John Huppenthal for Superintendent of Public Instruction in the Republican primary.  Diane is the anti-Huppenthal.  She is honest, direct, knowledgeable, and trustworthy.  She is also a role model that teachers can count on and our kids can look up to.

Ensure that Diane Douglas is elected by telling all your friends and family members about her.  The current Superintendent may have the support of his big monied buddies at the Chamber of Commerce, but Diane Douglas has the support of the grassroots.  Here’s her website:  www.dianedouglas.com/

Let the establishment hear you roar at the ballot box with early voting this week, on primary voting day on August 26th , and on November 4th during the general election voting day.  Arizona deserves better and now we have a choice.

That effort, developed and offered to schools by the Arizona Education Foundation, is dubbed “Our World.”