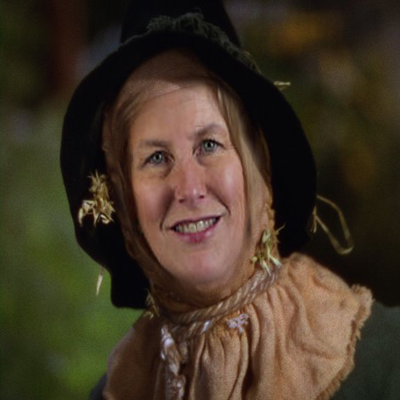 Reprinted with permission from Espressopundit.com

Last week I suggested a new game.  The commentariat at the Republic commit so many logical fallacies that I printed a grid and suggested that we play bingo.

Our Legislature is filled with people like Rep. Bob Thorpe, who long for the good old days when states seceded from the union.

We have to be careful here.  Roberts is a professional journalist at the state’s paper of record and her statement is so absurd that it may be parody.

Then she does it again:

Then, there’s the always-popular biennial effort to declare Arizona a sovereign state, which is code for we want control of federal land so we can eliminate all those vexing environmental regulations aimed at ensuring clean water and clear air and such.

Unfortunately, this strawman isn’t as funny as the first one.  Roberts is using this absurd statement as part of her argument–which allows us to conclude that the she was serious about the first statement too.   Readers who don’t follow the issues might actually believe that someone wants to “…eliminate all those vexing environmental regulations aimed at ensuring clean water and clear air and such.”

For the record, there are no elected officials of either party who want to “…eliminate all those vexing environmental regulations aimed at ensuring clean water and clear air and such.”

Roberts then moves to the next stage of the Strawman argument….mocking.  The false positions that Roberts has attributed to Thorpe are so absurd that she doesn’t try to actually rebut them.  Instead, she mocks Thorpe and people like him for holding such absurd positions.

First, she points to the absurdity of Thorp’s fictional positions and says:

“If you followed that, congratulations, you, too, could be an Arizona legislator.”

Then in the conclusion to her column, she mocks Thorpe by sarcastically claiming that his proposal is a “genius plan.”

Why should we care about Robert’s column?   It’s not like anyone actually reads it and if they do actually read it, it’s obvious that she’s just making this stuff up.

The problem is that some people–maybe those who are in town for the Super Bowl–read stuff like this and say “Wow, she’s a columnist for the largest newspaper in the state, I wonder if this is real, or if she is just making all this shit up.”  Naturally, since there is no “Onion” label, many of them will conclude that the column is real.

Some of those readers will then conclude that Arizona is full of Legislators whose only other qualification is the ability to play the banjo.

Gannett recently went through a round of interviews and layoffs.  The company claimed that it was inventing the paper from the ground up and made everyone re-apply for their positions.  Since Roberts is still here, we can conclude that Management had a box labeled “Shrill, left of center columnist with high school caliber writing skills.”

About Letter to the Editor 349 Articles
Under the leadership of Editor in Chief Huey Freeman, the Editorial Board of the Arizona Daily Independent offers readers an opportunity to comment on current events and the pressing issues of the day. Occasionally, the Board weighs-in on issues of concern for the residents of Arizona and the US.