The majority on the Pima County Board of Supervisors repeats the mantra that the cost of the new bonds to residents is little more than the cost of a latte. They ignore the hit commercial property owners will take and want the public to ignore the upward trajectory of Projected Tax Rate per $100 Taxable Net Assessed Value.

Commercial property owners are painfully aware of the hit they are about to take on two levels; one being the increase in taxes, and two being competition with the County for renters as the County develops more commercial buildings for various “economic development” items in the proposed bond package.

Residents, however do not follow the money as closely as those in the business of making money through commercial properties. As a result, they may not be aware of the all the facts. Residents are told in the voters’ pamphlet that they will pay $0.3938 per $100 of taxable net assessed value over the life of the bond and $.70 per $100 of taxable net assessed value the first year. The fact is – they will pay $.70 in the first year and then it climbs.

Home values will likely climb as well, resulting in much more than the cost of a mere latte. 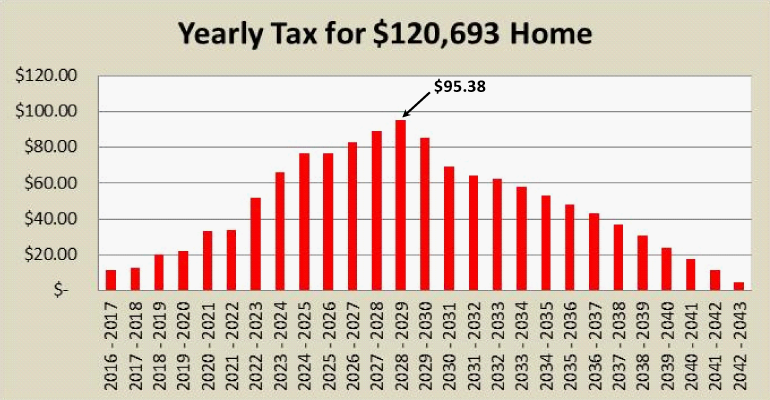 The debt retirement schedule in Table 2 below is only an estimate and relies on a number of assumptions.

To write it on a check would be  One Billion, Five Hundred Twelve Million, Seven Hundred Sixty Six Thousand, Six Hundred Fifty Seven Dollars, and 0/100 cents.

New Ina Road ramps to and from Interstate 10 are open