Thompson is also alleged to have knowingly attempted to possess a deadly weapon while being a prohibited possessor. Thompson was sentenced to seven and half years in prison for his involvement in two armed robberies in 2005. Thompson with two other men were armed with a handgun and an SKS rifle with a bayonet during those robberies, according to reports.

Thompson was released for those crimes on January 1, 2013.

In January 2015, Thompson tried to buy gun from backpage.com with the intent to carry out an attack for ISIL. Thompson, as a convicted felon, is prohibited from buying a firearm.

In October 2016, Thompson searched Google for the terms: midnight mass, martyrdom vs suicide and which type of gun is the most powerful, according to the Geller Report. That same month he wrote on his Google Plus account: “We need to get down with this ISIS S***.”

Also in October 2016, Mahin Khan, age 18, of Tucson pled guilty to inciting or inducing terrorism, financing or managing terrorism, and to manufacturing, possessing or selling a prohibited weapon. Khan was arrested in July on terrorism-related charges linking to a conspiracy targeting several Arizona locations, including the Tucson Jewish Community Center, a military recruitment office and Raytheon.

Khan made contact with the terrorist group Terik-e Taliban Pakistan, also known as the Pakistani Taliban or TTP.

In the agreement Khan cut with Attorney General Mark Brnovich, he will only will serve a prison term for no less than five years and no more than 10 years plus an additional two year term for the multiple charges in the Arizona Department of Corrections.

In 2015, ISIL recruiter Ahmed Mohammed El Gammal, aka Jammie Gammal, age 42, of Avondale was charged after allegedly helping a college student in New York receive terrorist training in Syria through a contact in Turkey, in order to support the Islamic State of Iraq and the Levant (ISIL).

At the time, U.S. Attorney Preet Bharara said that “facilitators for ISIL fuel the hatred and radicalization that keep terrorist organizations like ISIL alive.” The hate Gammal felt for Egyptian President Abdel Fattah el-Sisi and the el-Sisi regime was clear. In a photo, presumably taken during target practice at the Scottsdale Gun Club, Gammal is pictured with an image of el-Sisi as a target. The caption on his Facebook post of the picture read: “A shot in the eye, and three in the cheek.” 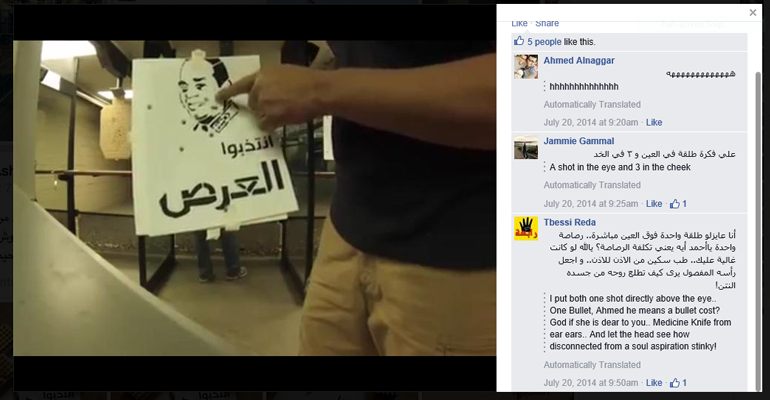 The indictment of Thompson is the result of an investigation by the FBI’s Joint Terrorism Task Force Phoenix Field Office.