PHOENIX — The City of Phoenix has taken major steps toward increasing its economic relationship with Mexico with the opening of a trade office in Hermosillo, Sonora, and the signing of memorandums of understanding with Hermosillo and the city of Culiacán, Sinaloa.

The trade office in Hermosillo, which began operations in August but opened officially on Tuesday, is the second office the city of Phoenix has opened in Mexico. The first opened in Mexico City in 2015.

Though based in Hermosillo, the office serves much of Northern Mexico, including Sonora, Baja California Norte, Chihuahua, and Sinaloa.

The office managers are Antonio Proto and Ana Maria Araque de Proto, founders of “Descubre Phoenix y Arizona (“Discover Phoenix and Arizona”), a tourism promotion business between Sonora and Arizona, according to the City of Phoenix.

Phoenix Mayor Greg Stanton signed a memorandum of understanding with Hermosillo Mayor Maloro Acosta to promote trade and attract investment through the chambers of commerce in both cities. 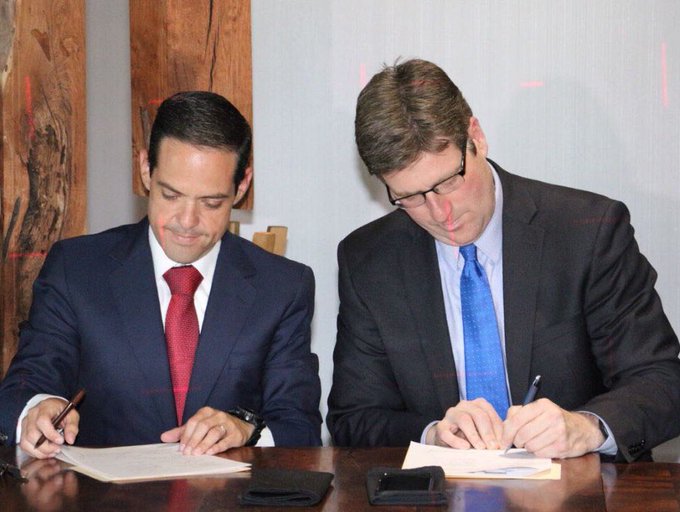 Stanton also signed a memorandum of understanding with Jesus Valdés, mayor of Culiacán, on Friday. The memorandum is an attempt to connect industry associations and companies in the two cities, according to a statement from the city.

“It’s well known that real economic development occurs at the city limits,” Stanton said in a statement. “We have many residents with family ties to Culiacán, and want to leverage those personal and business relationships.”

A statement from the City of Phoenix said Culiacán is looking to increase “strategic industry opportunities in aerospace, agriculture, automotive, food and general manufacturing, and technology in addition to other industries mutually supporting the Phoenix and Culiacán economies.”

Sinaloa is the largest exporter of Mexican agricultural products, most of which come to the U.S. through the Nogales port of entry, Phoenix officials said.

In October, Stanton and then Mayor-Elect Valdés met and discussed the idea of creating joint initiatives to increase cross-border economic activity, according to a statement from the city.

“Culiacán is the largest exporter of Mexican vegetables to the United States and Phoenix,” Valdés said in a statement. “But we have many universities and significant agricultural research and development with relationships with Arizona State University and University of Arizona.”

Valdés also said he wanted to start cultural and sports exchanges, including inviting the Arizona Diamondbacks to play a game in Culiacán.