GILBERT —  Meet a 9-year-old in the 4th grade at Oak Tree Elementary in the Gilbert Public School District. We’ll call him Zack in order to protect his identity.

Zack is a pleasant child, whose parents sent him to school every day, with the faith that he was learning and growing. Zack, who is described as a good kid with a big heart by everyone who knows him, is a football player and an overall athlete.

Like many children, Zack suffers from allergies, sneezing repeatedly with the need to often blow his nose in class.

Zack’s parents were surprised to find they had misplaced their faith in a school system and teachers, who harassed their child.

Many children feel embarrassed to blow their nose in class, but Zack’s parents had assured him it would be OK. They did not imagine that Zack’s physical health challenge would become a source of amusement to teachers.

Zack’s school requires 4th grade students to travel to three different classrooms for instruction in order to prepare them for the upcoming middle school routine of changing classes. For reasons only a psychiatrist or dark-hearted person could understand, two of Zack’s three teachers found his health condition to be a source of humor rather than one that required compassion and understanding.

As a result, they proceeded to use Zack’s condition as fodder for their sick humor mill. Not the kind of dark humor confined to the teacher’s lounge, but in their classrooms in front of all of the other students.

These two teachers made a laughingstock of a 4th grader.

The first incident occurred just a month into the 2018/2019 school year, when one of Zack’s 4th grade teachers began denying him bathroom privileges. Zack was assigned to her classroom from the end of the lunch period until the end of the day.

Nearly every day, Zack was in great distress by the time his last class ended. He would beg his mother to hurry home.

“Mom, please drive faster so we can get home and I can use the bathroom! Hurry!” the 4th-grader would say.

When Zack’s parents advised the school administrator about the situation and their concerns, Zack’s lot improved a little, but not for long, according to his parents.

Although Zack’s parents were medically treating his allergies, his condition grew increasingly severe as the fall season set in. So did the mistreatment by his teachers.

As an example of what was the boy experienced as a form of torture, Zack’s math teacher created and presented an extra credit graphing assignment, focusing solely on Zack and his health needs.

The graph, entitled “Blow Graph,” had Zack’s name at the top of the paper. It was presented, completed and turned in during class time.

According to Zack, the teacher exclaimed to the class, “I spend my private time at home creating these extra credit assignments for you so you better appreciate them!”

This was intended to be a secret assignment, to be completed by students in class. Even though his teacher did not mean for the students to take the assignment home, Zack’s ended up in his backpack and he gave it to his parents. 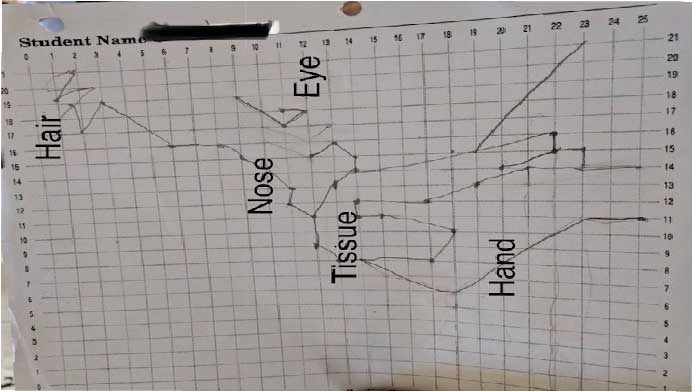 During this same time frame, another of Zack’s teachers mocked him every time he blew his nose in class. This prompted fellow students to point at Zack and laugh.

This was the final straw for Zack’s parents. Even though they deeply believed teachers were to be trusted, they decided to address both female teachers personally.

When she arrived to the school to speak to the teachers, Zack’s mother experienced the teachers’ unprofessional and abusive behavior for herself. Sadly, she now completely understood what Zack had been enduring every day of the week and decided to take her concerns to the Gilbert District Offices.

In the end, two of the three teachers were reprimanded and issued suspensions for several day without pay.

An administrator review of teacher #1’s action reads in part:

● You failed in making the well-being of students the fundamental value of all decision making and action.

● You failed to perform assigned duties to a generally acceptable standard.

● You failed to make decisions based on the best interests of students.

● You failed to demonstrate positive and appropriate relationships with students, parents, staff members, and others.

● You failed to keep employee/student relationships that shall reflect mutual respect and shall support the dignity of the entire profession and educational process. Employees shall relate to students in a manner that maintains behavior consistent with community standards and acceptable professional conduct.

There is so much more to Zack’s story, but it should suffice to say that he and his family endured the pain of politely listening to indifferent or hapless administrators offering countless denials and excuses. But eventually they were heard and their concerns were acknowledged.

After coming face-to-face with cruel and/or disinterested educators, Zack’s parents eventually removed him from the district’s schools.

Zack was forced out, but the abusive teacher was not.

Zack is enrolled in a charter school and while he is struggling with the more rigorous academics, he is making progress thanks to the school’s professional educators and a private counselor.

We can learn a lot from Zack. Some teachers get it, some don’t. Some teachers are professionals, some are not. There are those who understand their power and influence and some who abuse it. The sad part is that these teachers went out of their way to ignore the Arizona State Standards and hurt a child.

Parents may visit their child’s school and ask to see a teacher-to-child bullying policy. If they do not have one, please demand that they create one. The profession no longer polices itself, so parents must.

Teachers are trusted and highly regarded professionals, who take on the awesome and often thankless task of educating children. Parents send their children off to school with the confidence that their child is going to get an education that will prepare them for a bright future.

Essential trust is what allows them to send their kids off to school. Parents still have to worry about their kids being bullied by other kids, but they know that there will be a trusted adult to protect their child. What happens when the bullies turn out to be the teachers?

Jennifer Leon Hill is a certified Arizona teacher. She is the founder of Teachers Parents Advocates United (TPAU).