PHOENIX – A cluster of overlapping circles distinguish a Frank Lloyd Wright home nestled in a rocky hillside at the edge of the Phoenix Mountains Preserve.

The Norman Lykes house is considered Wright’s last residential design, conceived before his death in 1959. Once listed for $2.65 million dollars, the home – just north of the Arizona Biltmore – will be sold Wednesday at auction.

Jack Luciano, a partner of the Agency in Scottsdale, said Wright designed the home just before he completed the similarly circular Guggenheim Museum in New York City. The Lykes house is one of 14 circular homes Wright designed.

“It’s really like living in a beautiful piece of art,” Luciano said. “Every time I go into the house, there’s something new that you don’t see – that you don’t remember seeing.”

Taliesin West was added to the UNESCO World Heritage List in July, along with seven other buildings Wright designed. 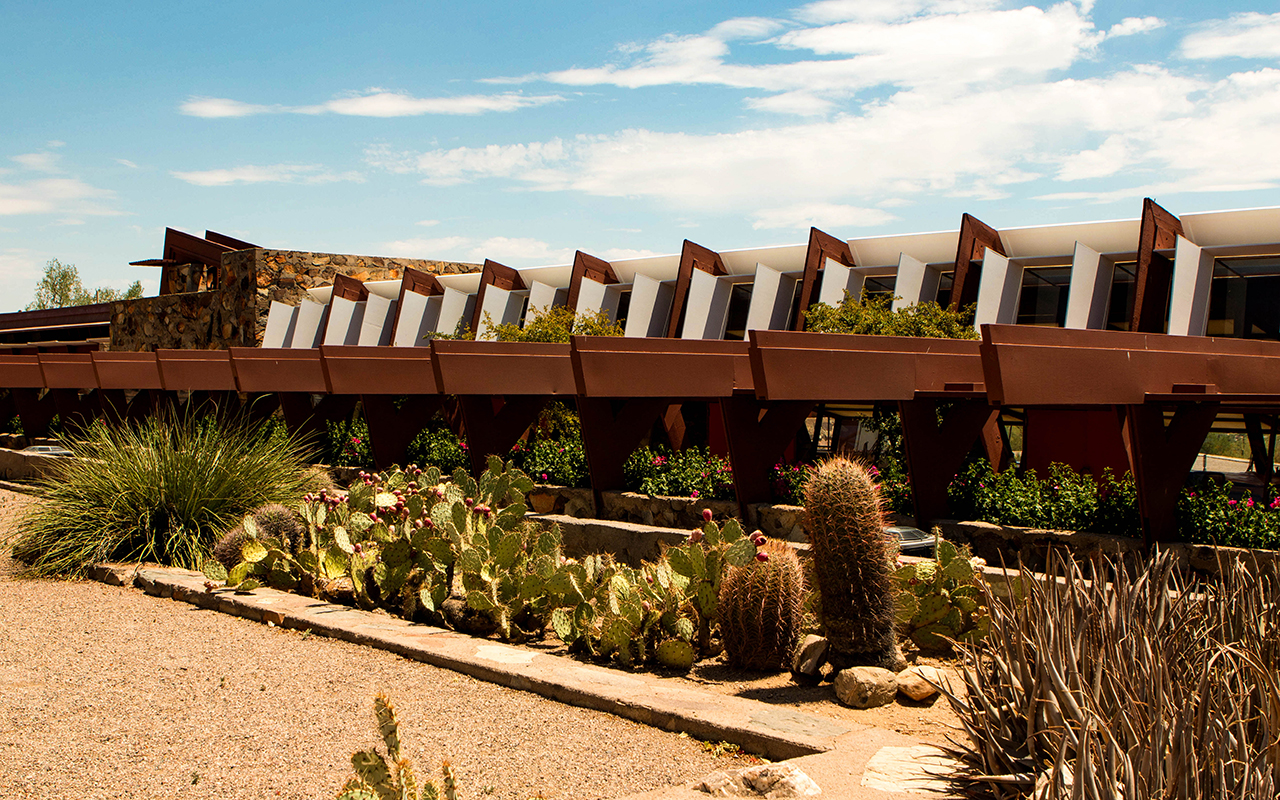 Nate Schar, luxury real-estate director for Heritage Auctions, said the Lykes house is being auctioned now, after being on the market for two years, to attract a global audience.

“Most of our buyers that we’re speaking to had no idea that it had ever been on the market,” Schar said. “They didn’t even know, actually, that the house existed.”

The view south toward downtown Phoenix is unique for a Wright residential property, which typically are more secluded, Schar said.

Natural light pours into the windows that line the exterior of the 3,095-square-foot home, which also is known as the “Circular Sun House.”

Wright planned homes made to last and to take advantage of the natural environment.

The concrete block construction cools the home and sustains the building better than drywall or brick, Luciano said. And the building also flows into the mountain, positioned to leave the surrounding terrain intact.

“I think we can learn from him how homes can be built that can sustain time,” Luciano said.

Schar said ownership of a Wright property typically comes with prohibitions, such as no changes to the exterior. Those properties are on the National Historic Registry.

The Lykes house is not protected by the registry, however. It is being sold with midcentury modern furnishings, including six of Wright’s renowned “origami chairs.” 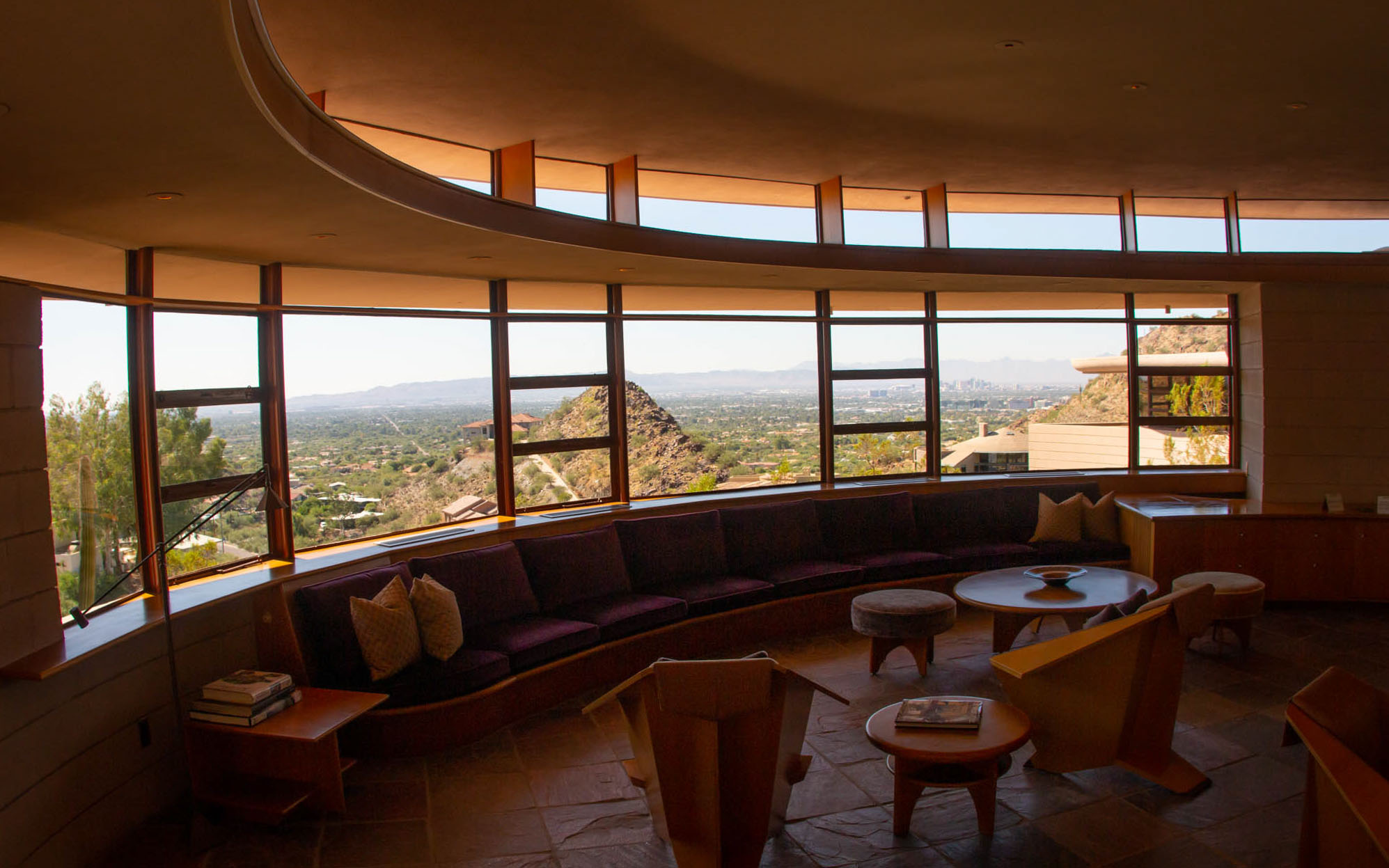 Natural light pours through the windows that line the exterior of the 3,095-square-foot Norman Lykes house, also known as the “Circular Sun House.” It is being sold with midcentury modern furnishings, including six of Wright’s renowned “origami chairs.” (Photo by Delia Johnson/Cronkite News)

John Ratenburry, Wright’s apprentice, helped him design the property and oversaw the home’s 1967 construction for Norman and Amy Lykes.

Luciano said the current owners of the house, who bought it from the Lykes family in 1994, fully restored the interior with Ratenburry’s help.

Schar said walls in the house were designed to be removed “as the family dynamic changed.”

What was originally a five-bedroom home with three bathrooms now is three bedrooms, with a larger master bedroom.

“It’s a beautiful home, and there’s nothing really like it out there,” Luciano said. “It’s extremely livable, so we’re hoping that the buyer will understand and want to keep the integrity of the home and not change it.”