Jones, a queer, nonbinary artist who uses the pronoun “they,” founded Art Against Assault in 2011 after they were assaulted during the second year of graduate school.

“I was faced with this really intenible decision of either staying in school and trying to push through, or dropping out. I went through a really rough time,” Jones recalled. “The thing that got me through was working through my experience as a part of the artwork I was creating in college.”

Art Against Assault strives to break the silence around sexual assault and domestic violence through visual, performance and other creative works to raise funds for national and local survivors.

Every 73 seconds, an American is sexually assaulted. Each year, an average of 433,648 people, age 12 or older, endure rape and other forms of sexual assault in the United States, according to the Rape, Abuse and Incest National Network.

Increasingly, art therapy is being used as a recovery mechanism.

“Art gives people a way of getting what happened to them out there without necessarily having to say it,” she said. “Pictures speak a thousand words, and art is a universal language. In that way, people are finally able to represent something with so much shame attached to it.”

Unlike other therapy methods, an art-based approach gives assault survivors the chance to translate their pain into images and metaphorically show what something felt like without having to say it explicitly. 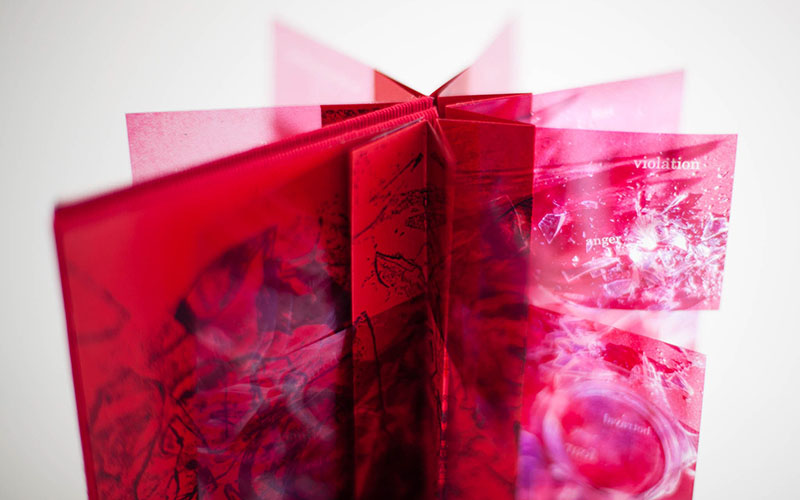 “It’s, to a degree, about displacing energy from oneself into the picture,” Foster said. “We don’t have to talk about you, we’re talking about the picture.”

CounterAct, a 2018 Arizona State University initiative, sought to create 880 acts of art to counter the 880 acts of sexual violence that happen every day in the U.S. The initiative was founded through ASU’s Herberger Institute for Design and the Arts.

Steven Tepper, Herberger dean, said CounterAct was conceived when an ASU task force was assigned to create innovative ways to address sexual violence on campus. Tepper said the group began to think of the role art plays in changing culture.

“Whether it’s sexual violence, sustainability, issues of health, issues of migration/immigration… we want artists to be in the middle of all of that,” he said. “We want for their work to engage all different kinds of publics to being part of the solution, for their work to respond to these issues.

“Our goal is not to showcase the arts, it’s about integrating the arts into day to day, ground-level strategy.” 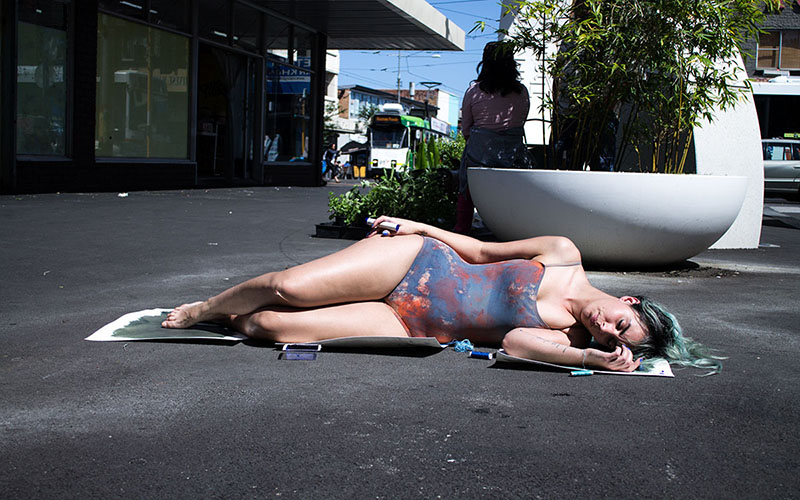 Art can help survivors of sexual assault tap into emotions that would otherwise be unreachable or too painful to experience, artist and assault survivor Mirabelle Jones says. (Photo courtesy of Casey Horsfield)

Jones shared that mindset when creating Art Against Assault, which stemmed from Jones’ graduate school project, “Jarring III,” a series of three books they made by hand that detailed the true stories of 22 survivors of sexual violence.

Through art, Jones said, survivors can tap into emotions that would otherwise be unreachable or too painful to feel.

“Art can be anything that people need it to be,” said Jones, who formerly lived in the Southwest.

“Through the process of making art, we really tap into a lot within us that we didn’t know existed. Some things, like words, are more concrete. Art can be abstract, and process those feelings in softer ways as we need to.”

Tiara Cash participated as an artist in CounterAct by creating a mantra for assault survivors to sing in group sessions.

Cash, who works as the program manager for the Center for Mindfulness Compassion and Resilience at ASU, said the-three minute mantra gives survivors the opportunity to reclaim their inner dialog.

“Some of the wording is ‘I am light, I am strength, I am resolution, I am enough,’” Cash said. “It helps people to really tune into the pieces of ourselves that we might not always think about when we are victims of sexual violence or trauma.”

Cash incorporated local artists’ music to create a healing experience. It works because of the endless possibilities that art holds as a communication tool for communication, she said.

“When we see visual art or listen to musical art or whatever the art may be, it taps into a different part of ourselves that conversations or words can’t, necessarily,” Cash said.

Cash has carried the mantra through her work outside CounterAct and recently used it at a convention for female athletes at ASU.

“We had an ‘overcome to become’ workshop for female student athletes,” she said. “There was very sensitive information talked about in that environment, so we used the mantra to close it out, give people a safe space to tune back into themselves and practice some self-compassion and words of kindness before departing.”

“When I visited North Carolina, it was the same month that a pretty violent assault had happened on campus,” Jones said, “It was a tricky conversation to have, it’s thinking of how to have a conversation without it being triggering.”

Foster recognizes the importance of new avenues for addressing the stigma around sexual violence, but she stressed expertise and experience.