Giles is pleased the state’s death rate has fallen since summer, but he described Gov. Doug Ducey as “extremely cautious” on COVID-19 restrictions, such as mask requirements and social distancing. Decisions related to the coronavirus that causes the disease should be up to individuals.

“You should look at your own individual circumstances, and if you feel it’s safer for you to wear a mask, then by all means: mask. If it’s safer for you to not go to the movie theater, then by all means, don’t go to the movie theater or the restaurant, but if you feel you’re comfortable with it out in public or at an event without it then you have your free choice.”

Giles would support research into prevention and treatments for the virus, but with the rate of death falling, he doesn’t think too much advocacy is needed. Health experts say Arizona is averaging nearly 1,000 new infections per day, according to a previous Cronkite News article.

Giles encouraged voters to “get the technical information you need to be technically competent and make up your own mind.”

“Arizona is probably one of the best states in the union that’s prepared,” Giles said, referring to mail-in ballots and the permanent early voting list, which have been in place for many years. Other states are interested in how Arizona conducts elections, he said.

“It’s going to be very difficult for people to scam Arizona,” he said.

Giles said he has faith the postal system can handle the expected crush of mail-in ballots. Opening polling places early and not requiring people to vote at specific polling locations are beneficial.

Giles encouraged those who feel nervous to vote during the pandemic to request a mail-in ballot or go to the polls early to avoid crowds closer to Nov. 3.

Talking to people of different races is an important step, and Giles mentioned his church community as an example.

As for police brutality, Giles suggested a system similar to one President Donald Trump created to make it easier to fire employees of the U.S. Department of Veterans Affairs who treat veterans poorly. Having that standard for law enforcement officers who abuse their power would be an improvement.

“If they’re consistently doing it, you know, get them out of the police force. Don’t let them move to another department or someplace else. Take care of it, and don’t spoil it for the other 99.99% of people who are actually doing a good job.”

Arizona’s police departments are among the best in the country, he said.

Race relations also would improve if the news media reported on the times police come to the rescue instead of just the bad incidents.

Education and public security are top priorities. Giles would work to ensure schools are open during the COVID-19 pandemic and encourage policies that help families make sure their children are getting the best education possible.

His list of suggestions on security is much longer.

Giles takes pride in Arizona’s strong protections of the Second Amendment. He said he supports no longer requiring a concealed carry weapons permit to carry a gun. Gov. Jan Brewer in 2010 signed legislation to eliminate the need for a permit, according to tucson.com. 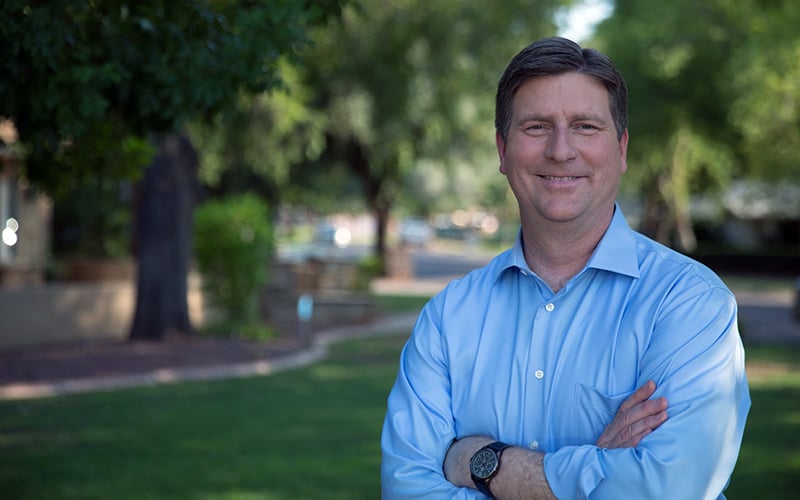 Giles encourages Arizonans to get permits anyway because of the educational benefits provided by the process.

“Police and other people will know that you’re technically competent with a weapon; you know how to use it. And, your background check is automatically done.”

Giles also supports building the border wall and having a strong military.

Giles supports job creation, including bringing jobs back from overseas, and low taxes because those policies give Americans more freedom. The economy and public security go hand-in-hand.

“Government should never be involved in telling you what kind of doctor you can have and what kind of services you’re entitled to.”

Giles earned bachelor’s degrees in electrical engineering and theology, a master’s degree in theology and a master of business administration.

He also has extensive business experience, including work with other countries, and more than 20 years of operating his own business. Those credentials, he said, tell potential voters more about him than just that he went to college.

“I’m technically competent to solve complex problems. The second thing is I’ve dealt with business. … My opponent is a lifelong politician. He’s never run a business in his life, and I’m Christian motivated.”

Giles says his passion is for the people. He described himself as comfortably retired, which puts him ahead of his competition.

Giles would donate to charity whatever is left from his salary after he pays for the commute back-and-forth to Washington, D.C. He gives blood regularly and donates to a variety of charities, and holding office as another way to give back.

Giles is working on his public speaking, which he said has improved over the course of his campaign.

Continual self-improvement is crucial, which is one reason he pursued higher education. If he could learn to become a master scuba diver, windsurfer and jet pilot, then he can learn public speaking, too.