The Arizona Department of Transportation and the city of Willcox are asking for the public’s feedback through the end of November on two potential traffic circulation changes to reduce the impact of freight traffic while improving safety in downtown Willcox. 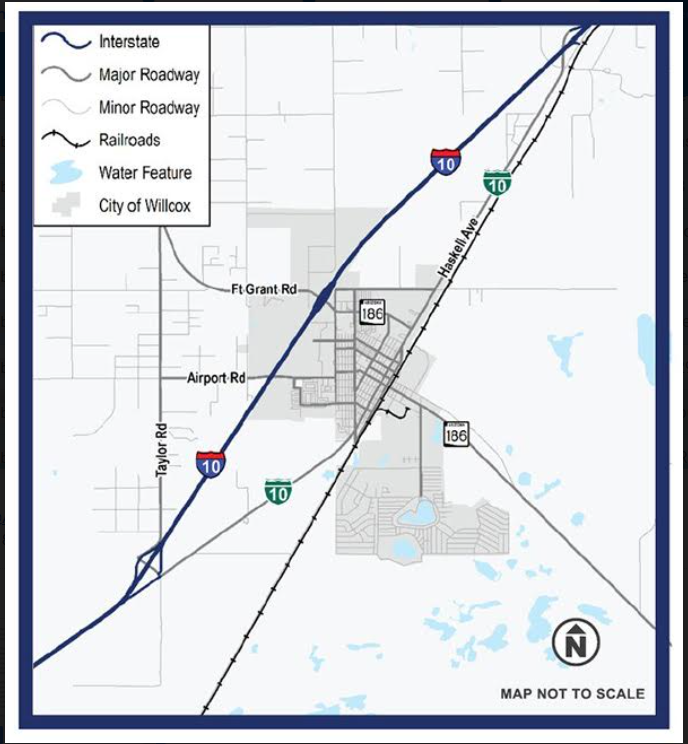 The two options were identified as part of an ongoing traffic circulation study and public feedback from a community survey conducted in August 2021. The study looked at current and projected heavy truck traffic that flows between Interstate 10 and the industrial area on the southeast side of the city. Currently, the only way for heavy trucks to get between those areas is along State Route 186 through downtown Willcox, creating congestion and slowing the movement of freight.

An interim, short-term project that would modify Haskell Avenue (Business 10) at the intersection with Maley Street (SR 186) to remove the left-turn lanes to provide more space for trucks to turn. Left turns would instead be made from one lane that is shared by through traffic, left turns and right turns. This option would also eliminate the existing traffic signal and convert the intersection into a four-way stop.

A longer-term solution that would construct a new bypass roadway east of downtown Willcox. The road would link Maley Street at 2nd Avenue to Haskell Avenue at Rex Allen Drive, including a new at-grade railroad crossing.

The public can find the community survey at azdot.gov/willcoxstudy. A paper version is available at the following locations during regular business hours:

The survey is available in both English and Spanish. All comments must be received by Tuesday, Nov. 30.