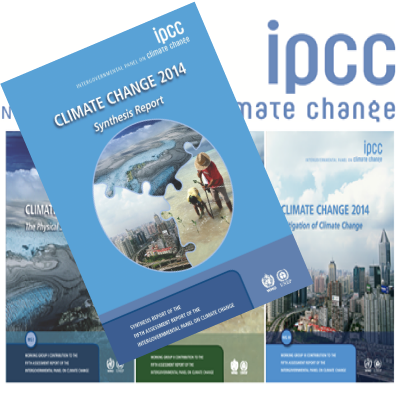 The IPCC’s new synthesis report published last Sunday puts alarmism above accuracy. There are actually two versions of the report, a “summary for policy makers” and a long version.

The IPCC claims that renewable energy sources such as wind and solar must become 80% of the power sector by 2050 or the world will face “severe, pervasive and irreversible damage.” The IPCC also says that fossil-fuel power generation without carbon capture and storage technology must be “phased out almost entirely by 2100.” Welcome to the stone age.

In five major reports since 1990, the IPCC has published thousands of pages of material, none of which provide any physical or observational evidence that our carbon dioxide emissions have a significant effect on global temperature. All their dire predictions are based on “garbage-in-garbage-out” computer modeling.

As reported by Pierre Gosselin at the NoTricksZone, the Germany-based European Institute for Climate and Energy (EIKE) concludes that the IPCC report is fraught with error and distortion. “Not only does it contain major contradictions, simplifications and even falsehoods with respect to the earlier comprehensive partial reports, it is a stark contradiction to almost every measurement and trend in nature.”

Capture of the U.S. Senate in last night’s election does not bode well for the IPCC. Not only is it unlikely that a Republican senate would ratify a reincarnated Kyoto-like treaty, but U.S. funding for the IPCC may be cut off.

As reported in UN Tribune: “The current Senate bill on funding for state and foreign operations includes $11,700,000 for the Intergovernmental Panel on Climate Control (IPCC) and the UN Framework Convention on Climate Change (UNFCC). The bill was approved by the current Democrat-controlled sub-committee in June but has yet to be put to a full vote. However, the House version of the bill passed by a Republican-controlled sub-committee, also in June, states that ‘none of the funds in this Act may be made available for the Intergovernmental Panel on Climate Change/United Nations Framework Convention on Climate Change.’” That almost $12 million is about one-third of the IPCC budget.

The IPCC is a political body that should be allowed to die.

The Myth of Ocean Acidification by Carbon Dioxide