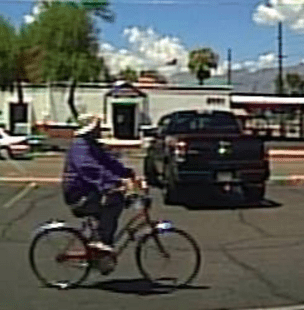 Yesterday, 50-year-old Kevin Everhart turned himself in to Tucson Police officers. Everhart advised officers he attempted to commit a bank robbery last year and wanted to turn himself in to police.

Detectives responded and Everhart was subsequently arrested for one count of Attempted Robbery (A Class 5 Felony). He was transported and booked into the Pima County Jail.

On July 7, 2016, around 1:45 p.m., Everhart entered a Bank of America located at 2885 N. Campbell Ave. and presented the teller a note demanding money. He then left the bank and was last seen riding a beach cruiser style bicycle North from the bank.