PHOENIX – Fall means changing leaves, a nip in the air and, of course, pumpkins, but when the Halloween season ends, pumpkins aren’t drastically discounted like bulk bags of candy, so nearly all of them wind up in a landfill.

As it turns out, though, pumpkins make great feed for animals both domestic and wild. Not only are they a dietary change of pace, it turns out pumpkins provide entertainment, too.

MacDonald’s Ranch in north Scottsdale creates a pumpkin patch each year, setting up scarecrows and bringing in about 100,000 pumpkins from farms in Wilcox and Mayer. Although the majority of pumpkins are sold, the rest are donated to wildlife groups and fed to livestock on the ranch and other properties. 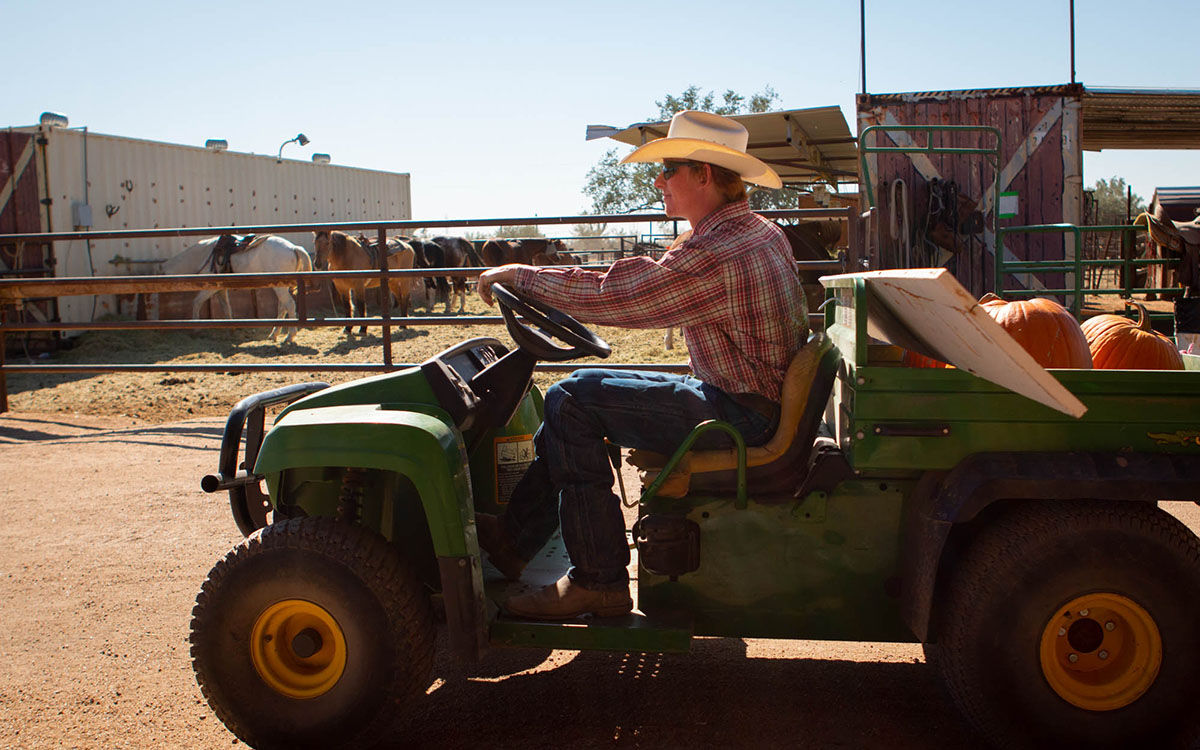 This isn’t the norm. In 2018, U.S. growers produced nearly 1.5 billion pounds of pumpkins, only one-fifth of which was processed into food, such as pie filling and dried seeds, according to NPR. The rest went to the dump.

Richardson said people don’t realize the waste that comes with Halloween, but by feeding pumpkins to wildlife and livestock, it’s a win for everyone. “Everyone gets to eat and, you know, we don’t feel like we’re being wasteful,” she said. “We donate a lot of them to the wildlife foundations around the Valley, a lot of people who own livestock will come buy them from us.”

Pumpkin eaters include javelina and the cattle on MacDonald’s Ranch, which covers 1,280 acres. The gourds give some variety to the cows’ usual diet of hay, and save the ranch money. But this also means pumpkins don’t end up in landfills where they decompose and release methane, a deadly greenhouse gas.

Ranch manager Mike Clark said that if the pumpkins can be eaten, they should be. “You don’t want anything that something else can eat to go to waste… There’s animals that need it,” he said. “There’s people that can use them. So we make sure that they don’t go to waste as much as we can.” 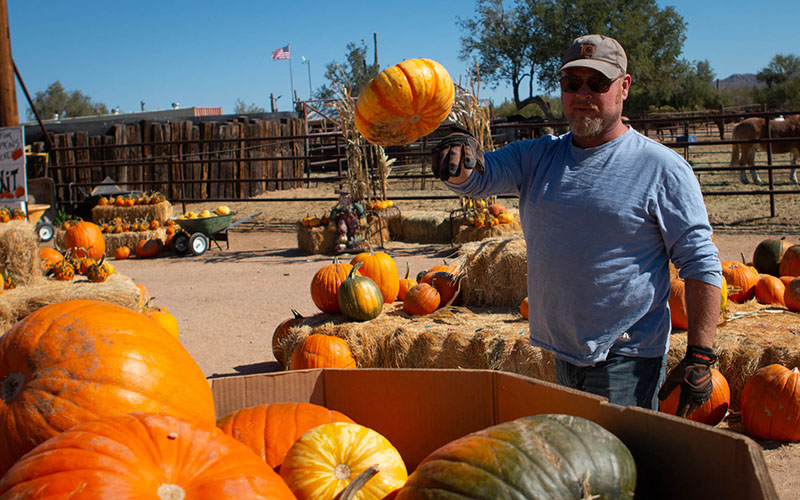 Brian Gates throws leftover Halloween pumpkins into a bin to be recycled and donated at MacDonald’s Ranch in Scottsdale. (Photo by Delia Johnson/Cronkite News) 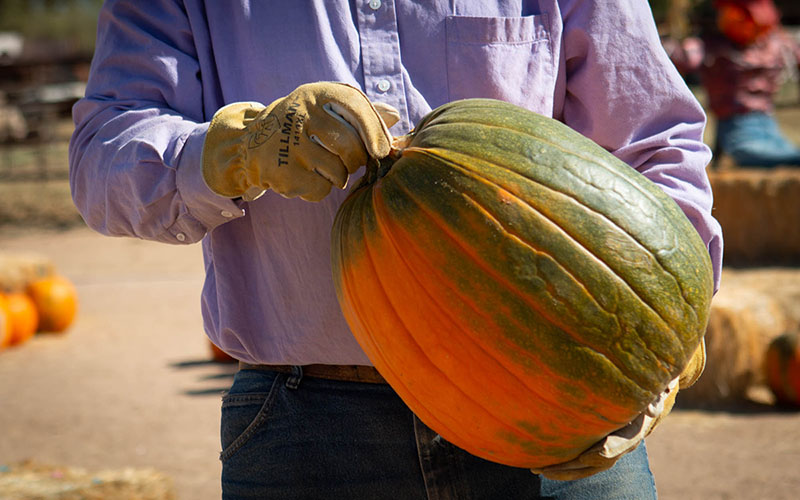 MacDonald’s Ranch in Scottsdale sells some leftover pumpkins and donates others. Some even wind up at OdySea aquarium. (Photo by Delia Johnson/Cronkite News)

The pumpkins also get donated to such organizations as the Southwest Wildlife Conservation Center in Scottsdale, which give the pumpkins to bobcats and bears to play with and eat.

With Halloween wrapped up, MacDonald’s Ranch will transition to hosting parties, barbecues and trail rides. The ranch also uses old clothing for scarecrows and recycled lumber for structures.

About Cronkite News 2672 Articles
Cronkite News is the news division of Arizona PBS. The daily news products are produced by the Walter Cronkite School of Journalism and Mass Communication at Arizona State University.