WASHINGTON – When countries started closing their borders this month in response to the coronavirus pandemic, it left thousands of Americans trapped overseas struggling to find a way home.

Fioretti, 21, was wrapping up what was supposed to be a weeklong family trip to Peru on March 15 when Peruvian President Martin Vizcarra announced that travel out of the country would be halted the next day. There was no warning and no time to book another flight.

“No one can come in or out of the country, you can’t leave by land, sea or air so everyone’s kind of stuck here for 15 days,” Fioretti said over the weekend in an interview from Huaral, Peru.

The Fioretti family had gone to Peru for a wedding and the opportunity to visit loved ones, with Gabriela expecting to be back by the end of ASU’s spring break. Instead, she remains there with her mother and grandmother, trying to figure out what to do next.

“My grandma is 85 and she does have Parkinson’s,ÿ and the real big concern is that we are going to run out of her medication and that we won’t be able to … get it restocked here,” Fioretti said.

The State Department did not immediately respond to a request for the estimated number of Americans who might have been trapped abroad in recent weeks. But in a statement this week, it said it has managed to repatriate more than 9,000 Americans from 28 countries so far. 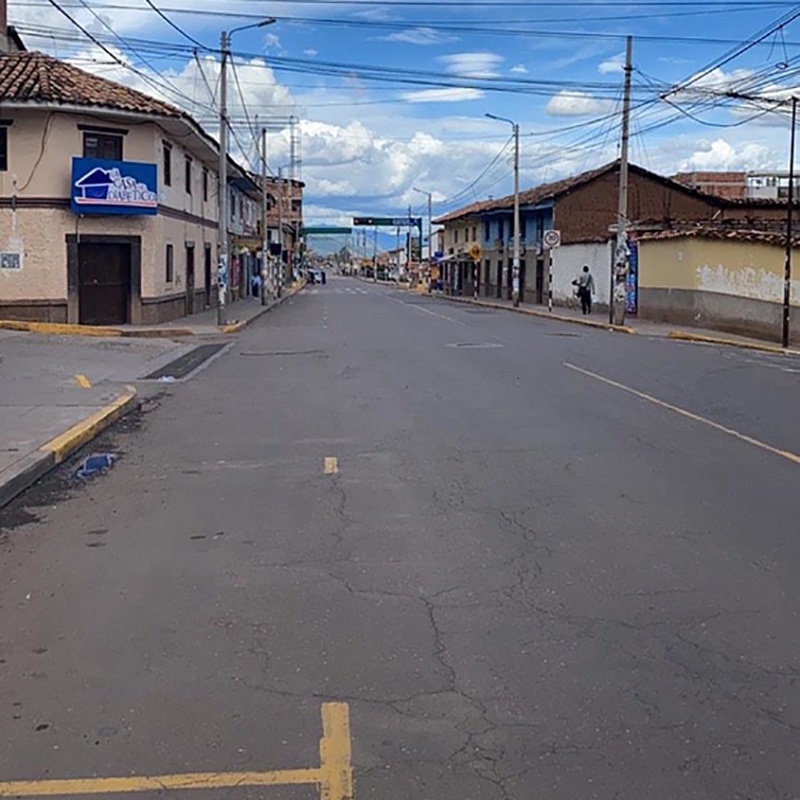 Peruvian officials have not only stopped travel in and out of the country, they have severely restricted movement in the country, keeping most people off the street in response to the coronavirus. (Photo courtesy Gabriela Fioretti)

“We will continue to take decisive action to inform and safeguard U.S. citizens overseas, protect the homeland, advance the administration’s commitment to building global health security capacity for this and future outbreaks, and reduce the impact for U.S. companies and supply chains overseas,” the statement said.

Secretary of State Mike Pompeo said in a White House briefing Friday that the department is working to get Americans back from countries like Peru and Morocco, but he also said those people should try to get back on their own, if possible.

But Fioretti said the U.S. Embassy in Lima has been little to no help to American stranded there.

“People have been going to the embassy and they’re being turned away and not being helped,” she said.

She shared a screenshot from a chat started by other stranded Americans in Peru, in which the embassy said it had “repatriated a group of medically vulnerable U.S. citizens in the country, as well as a limited number of Peace Corps volunteers and U.S. embassy personnel and family members” last Friday.

“I’m just helpless and stuck and twiddling my thumbs until we have some type of help,” she said Saturday. “Which there is no help.”

Because she did not expect to stay, Fioretti did not bring her laptop, which has made it difficult for her to participate in some of her classes, which are now online. She said she also lost her job, and her mother’s two businesses are struggling without her.

“It’s hard to come back to the states with no job, and I’m not really sure what I’m going to do from there,” Fioretti said.

With travel in Peru restricted because of the virus, Fioretti said there is little they can do but sit – inside for the most part – and hope the State Department can get them on a plane.

“Please just spread the word about the people that are stuck here in foreign countries, not just Peru,” Fioretti said. “There’s a lot of Americans stuck in other places as well.”

About Cronkite News 2837 Articles
Cronkite News is the news division of Arizona PBS. The daily news products are produced by the Walter Cronkite School of Journalism and Mass Communication at Arizona State University.