On Friday, presidential candidate Joe Biden accused Governor Doug Ducey of putting the public at risk by not having a statewide mask mandate in place.

Biden questioned the governor’s decision to leave mask mandates up to counties and cities. Biden blamed the governor’s  deferral for an uptick in positive test results while trying to justify his announcement that if elected, he will put a national mask mandate in place.

“Just look at what happened in Arizona,” said Biden. “In June, Arizona got hit with a surge of cases. Hospitals were flooded. The state health system was overwhelmed.”

I hear @JoeBiden is out there attacking the “Republican governor of Arizona.” I guess he *does* see “red and blue” states after all. But if you’re going after AZ, Joe, get your facts straight… 1/

Dr. Birx: “Governor Ducey’s directives to not only increase our respect for one another, but that clear communication coming from his health team that made it clear that wearing a mask will change the spread of this virus.” pic.twitter.com/4Nc5jQeO09

In fact, in late July, Ducey announced that his administration would be using $3 million Arizona Department of Health Services dollars on a public relations campaign intended to promote the use of masks. Ducey’s statewide campaign doled out the money to his associates in advertising and public relations “to promote the use of masks to contain the spread of COVID-19.” 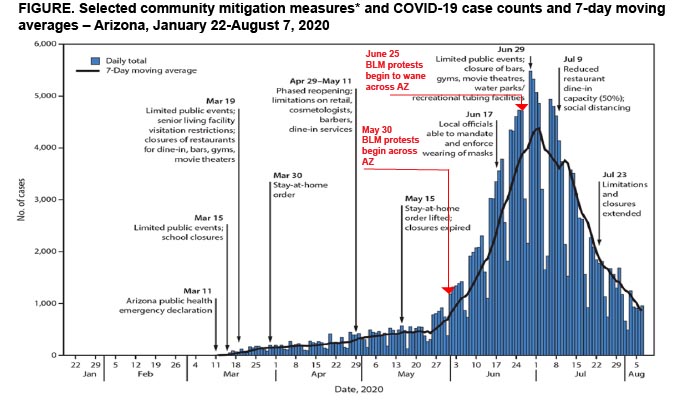 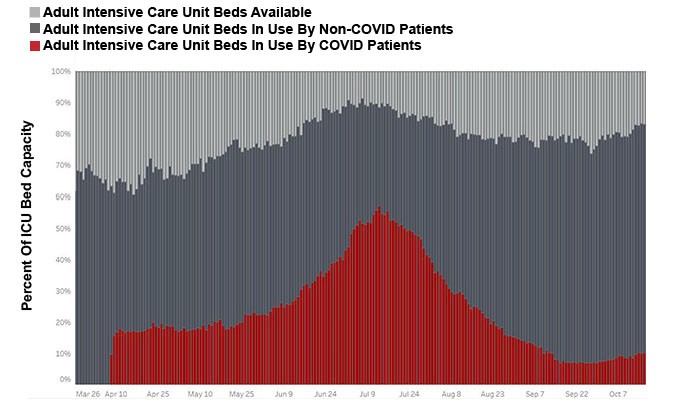 Despite wide-spread mask use, positive test results are currently increasing in Arizona.