Arizona State heavyweight wrestler Cohlton Schultz was just named Pac-12 Wrestler of the Week after going 10-0 this season. Schultz earned this award after a weekend of defeating two top-10 wrestlers.

As Schultz and the rest of the Sun Devils look forward to competing in the Pac-12 Championships in Oregon on Sunday, ASU can thank a friendship that started before he was a Sun Devil for getting the four-time Colorado state champion to wear the maroon and gold.

When Schultz was in high school, he was rated the No. 1 pound-for-pound recruit in the nation. He earned the prestigious Dave Schultz High School Excellence Award, which “recognizes and celebrates the nation’s most outstanding high school senior male wrestlers for their excellence in wrestling, scholastic achievement, citizenship and community service.”

Although Schultz is a one-of-a-kind wrestler, his best quality is his character, his head coach says.

“I can tell you, I’ve been around the best wrestlers in the world – world champions, Olympic champions,” Zeke Jones said before the season began in December. “Cohlton has three World medals and a World title under his belt already before he even went to college.

“And I’d say he’s the most grounded and the most humble of any of those World and Olympic champions I’ve been around.”

So humble that Schultz said this about himself: “Coming out of high school, I was a pretty high ranked recruit.”

He was the highest-rated recruit in the country, of any weight class.

His teammates also see what a great guy he is. That’s where the story of a fateful friendship begins.

“Super nice, super just agreeable, like he’s friends with everyone,” Arizona State 197-pound wrestler Chad Porter, a redshirt-junior, said of Schultz. “I really don’t know anyone who has anything bad to say about him, except for maybe people that can’t be him.”

Porter, a graduate of Desert Vista High in Phoenix, has become close to Schultz since he joined the Sun Devils. It’s a friendship forged as much in loss as it is in the shared dream of Olympic gold.

Sun Devil wrestling knew about Schultz’s skills since he was a freshman at Ponderosa High School in Parker, Colorado.

One of ASU’s earliest attempts to recruit him was in 2018, when Schultz was a junior. Porter, already at ASU and dreaming of the Olympics, was heading to a Junior World Team tournament in which Schultz was competing.

Assistant coach Chris Pendleton “was letting me know we were recruiting Cohlton,” Porter said. “And so I was like, ‘So, what you’re telling me is I got to make this World Team so we can start being buddies and I can get him to come here?’ And he goes, ‘Yeah, I mean, that would be ideal.’”

Schultz was recruited by many teams, but he fell in love with Arizona State.

The recruiting process “was kind of fun,” he recalled. “I was able to meet and be around so many different teams. But like being at ASU.

“It’s crazy, we have so many different personalities and everyone just blends together so well. We’re … as cheesy as it is, I always tell everybody it feels like just a big family. You know, it’s like, just got a big family with 30 some guys and four coaches or whatever and it’s funny, but like everybody just meshes so well together. And we all have similar goals, so it works pretty well.”

Overcoming stiff competition, Schultz and Porter both made the 2018 Junior World Team and became fast friends and roommates. They spent that summer together, too.

“Over that summer,” Porter said, “I went to the Olympic Training Center in Colorado Springs. Cohlton’s family lives about 40 minutes from Colorado Springs, so he was there the whole time. And me and him just got real close, like real good buddies.”

Pendleton’s plan worked better than he could imagine, a genuine friendship formed and Schultz became a Sun Devil.

Having similar goals has allowed the two to remain close. Last year was Schultz’s first year at Arizona State. He and Porter decided to spend the year focusing on training for the 2020 Tokyo Olympics, which were slated to start in late July.

“I have big goals for winning a national championship,” Schultz said. “But I’ve also had a goal ever since I was a little kid. I want to be an Olympic champion and World champion.”

But in March, like the rest of the world, wrestling was put on hold for pandemic-related concerns. Before the fate of the Olympics was decided, Schultz returned home to Colorado and invited Porter to come with him. 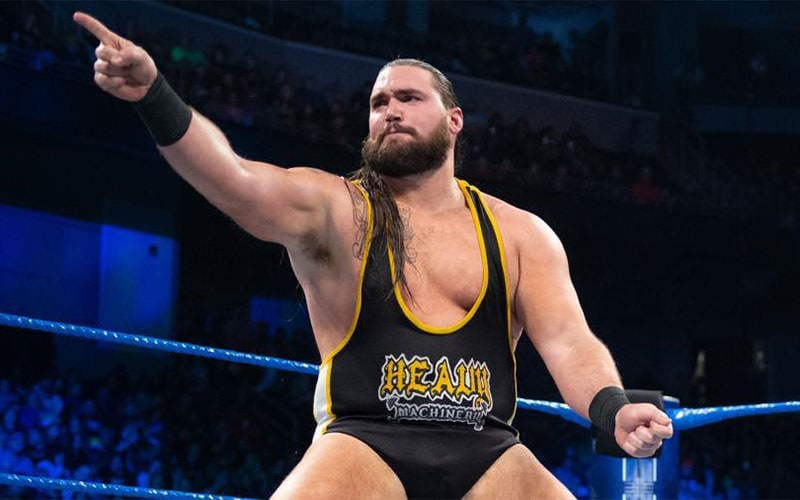 So he did. Not only did he get to work out, he enjoyed seeing his friend in a different light.

“It was funny, because you see a side of Cohlton, like just with his whole family and stuff,” Porter said. “His little sisters making fun of him and just getting bullied around by two, like, 14- and 10-year-old girls.”

It wasn’t much later that month that the Olympics were officially postponed until 2021. Both Porter and Schultz returned to Arizona, but the time in Colorado would prove to be time well-spent.

In July, Schultz received word about his sister Samantha that changed his life.

“I got a phone call that she was in an accident,” Schultz said. “So I flew home as soon as I could the next morning. We spent like a week in the hospital. Some tough decisions had to be made. It wasn’t looking good.”

The crushing loss was another moment when Schultz and Porter’s friendship would prove powerful.

“When I was a junior in high school, my older brother passed away in a car accident,” Porter said. “Me being there for (Cohlton), like being someone who’s been through the same thing he’s having to go through, I think it was really good for me.”

ASU wrestlers Cohlton Schultz (left) and Chad Porter display the tattoos they have in remembrance of siblings who died in traffic accidents. (Photo by Kelsey Collesi/Cronkite News)

Because most people have not lost siblings at such young ages, Porter was there for Schultz in a way that many other people couldn’t be.

Porter’s influence can be seen in how similarly the two remember the simple times with their siblings, times that now mean so much.

“I’m a huge Cowboys fan, and me and him used to always watch the Cowboys game together. And he would call me for like an hour after every football game in high school, and just talk about it.”

Schultz remembers his sister, who he calls Sammie, bragging about having a brother that was going to be an Olympian. The two had plans to travel the world to watch him wrestle. But simple drives to school were some of Schultz’s favorite memories.

“As soon as I got my license, I was usually the one driving her to school,” he said. “And I would be the one giving her rides around. Then whenever she was acting up, our parents always had this joke where they let me parent her for a little bit. I put my foot down. We just had a goofy relationship like that.”

Both wrestlers compete with their siblings in mind.

“So it’s mostly been a lot of just thinking about just doing stuff for them and making sure they’re having something fun to look down at,” Porter said.

To commemorate their siblings, both have tattoos on their arms.

“I got a tattoo while I was home during that,” Schultz said. “It’s her heartbeat from the hospital and then a yellow heart because that was a favorite color. There’s a whole bunch of members of my family that got tattoos around the same idea with her heartbeat and a yellow heart.”