For nearly 30 years, Kari Lake has been a fixture in the Phoenix-area news business, first as a reporter in 1994 and then as a longtime anchor for KSAZ-Fox10. But on Monday, she released a video explaining to viewers why she hasn’t been on the air since January and why they won’t be seeing her back in the anchor chair.

WATCH: Top rated Arizona news anchor resigns: “I no longer want to do this job” 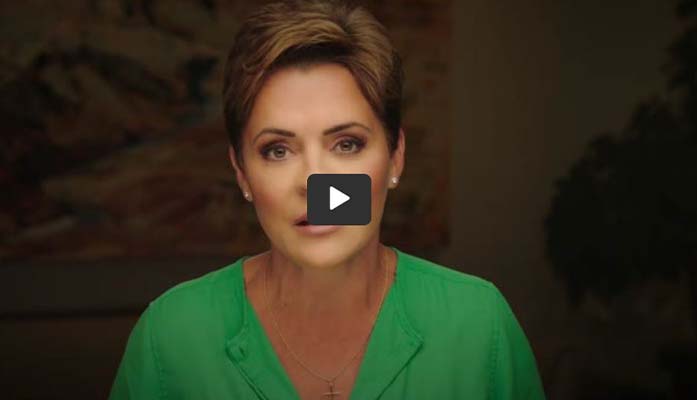 The Emmy Award-winning Lake announced she is stepping away from broadcasting in the country’s 11th largest television market.

“Walking away from a good job probably will sound crazy to a lot of people, but I feel sure this is the right thing to do,” Lake told Arizona Daily Independent after making her announcement. “I appreciate Fox for supporting this decision.”

Lake, 51, also shared several thoughts about her career, her accomplishments, and why she says that the profession of journalism is in many ways “unrecognizable to what journalism was” when she walked into her first newsroom in 1992.

“I’ve had so many great moments, covered big stories, interviewed the most important people in the news,” she said. “I am forever grateful to Fox for that opportunity. I’m just ready to move on. No bitterness, no regrets—just lots of excitement about what my future holds.”

Lake would not say what her future career plans are, but promised it will be something where she feels like she is making a difference.

“I have been over the thrill of ‘being on tv’ for a long, long time, so I won’t miss the ‘facetime’ on TV,” she said. “My family understands why I am leaving. My kids are learning a lesson in putting your principles above fame and fortune. Working for money is not rewarding, doing meaningful work is the greatest reward.”

Lake got her start in Illinois, and came into the Phoenix market in 1994 initially working for the NBC affiliate. She briefly left for a stint in New York and after a year the Phoenix Fox affiliate pleaded with her to return.

“Professionally, I am proud of my track record as a fair, hardworking journalist and anchor who cared about the people I was covering and treated my co-workers with kindness and respect,” she says. “Whenever I was on a story, I approached it as if it were the most important story in the world—no matter how big or small the story was.”

But for Lake, life away from the studio began to get stressful in recent years as her social media posts drew scrutiny by some viewers and others looking to fuel a controversy.

In early 2020, Lake was criticized by a small but loud group in what appeared to be a coordinated social media attack following a one-on-one interview with President Donald Trump. She also experienced negative pushback for having a social media presence on Parler and Gab, even though she also has a strong following on more liberal platforms such as Facebook and Twitter.

Then in July 2019, a video clip circulated on social media of a conversation between Lake and her longtime co-anchor John Hook, in which Lake commented about the criticism of her Parler account. The conversation between the two was inadvertently recorded by production staff  which created a dilemma for Fox10 at a time when the primary election was gearing up.

As evidence of Lake’s popularity, the video had millions of views.

“I think in a way, the nastiness toward me is meant to scare other journalists who are open-minded and considerate of all points-of-view to snap back into line or they, too, will be ‘cancelled’ and their reputation attacked,” Lake says.

And then there was COVID-19.

“It really got difficult for me when Covid hit,” Lake said. “I felt the stories I was reading were not fully truthful. The cancel mob’s insistence that certain Covid- related stories not be told or even whispered, while others were told over-and-over made me feel as if I was not giving a balanced view of the situation to viewers.

“I became a journalist to be helpful, not harmful, but some of the stories I was reading likely contributing to the fear and division—and I couldn’t do that anymore. I prayed a lot for guidance—asking God to lead me in the right direction,” she said.

By the end of 2020, the job Lake loved had become a source of stress and consternation. Her last on-air appearance for Fox10 was Christmas Day 2020.

On Jan. 21, Phoenix area media outlets reported on the fact Lake had not been on-the-air in several weeks. Lake took to social media to address her absence and shut the door on rumors she had been disciplined, demoted, or even fired because of her personal political opinions.

Instead, Lake explained, she took a medical leave at the beginning of the year under the Family and Medical Leave Act (FMLA). Lake also noted she had not intended to publicly address her absence but did so after fielding questions which had “very little to do with my absence and only intended to try to damage my reputation or personally hurt me.”

In the months since, Lake has been overwhelmed by the outpouring of concern and support from viewers, friends and former colleagues.

“So much kindness. So many were wondering when I will be back on the air,” she says. “Praying for me that I am okay. I tear up thinking of all the love that has come my way. I appreciate it so much. I really love the people who have tuned in to me all these years. I truly consider them friends.”

In 1999, Fox10 partnered Lake with Hook for what came to be one of the industry’s longest-running, high-rated on-air partnerships.

“Right away we had chemistry,” she says. “We enjoyed each other’s company and I think the viewers recognized that. Our philosophy was: if you are doing right by the viewer then that’s all that matters. Don’t worry about what management thinks. The viewer is truly the boss.”

One of her proudest career accomplishments, Lake said, was the fact she and Hook pulled in top rating for almost all of their time together.

“I was never someone who watched the ratings that closely, but that tells me that the viewers liked us and trusted us and the connection I feel to our viewers was real,” she said. “Viewers always stopped us and said they felt as if they knew us. And they did!”

It isn’t only her on-camera professional accomplishments that Lake reflects back on. In 2002, she and others collaborated on legislation signed by Gov. Jane D. Hull which prohibits radio and television broadcasters from requiring current or prospective employees to sign a noncompete clause as a condition of employment.

“Because of this law, television stations and radio stations can no longer fire you or let you go and then force you to sit-out for six months or longer before you can work for another station,” Lake says. “It was really unconscionable that they were forcing not only anchors and reporters to these clauses, but also producers, photographers, and others. It has helped so many in the tv and radio industry.”

Monday’s news of Lake’s departure from Fox10 generated many comments from people she reported on, including Governor Jan Brewer, who said only a truly remarkable woman like Lake could survive at the top of a tough industry like broadcasting in a state “where you must be prepared to eat scorpions for breakfast.”

“Kari has it all,” Brewer told Arizona Daily Independent. “She is intelligent, diligent, beautiful and kind. A dynamo. She is a working mother, active in the community, and a stand-up kind of friend. She is thoughtful, conscientious, and always a straight shooter. She gives the very best of herself every day and knows what hard work and dedication means.”

While on leave, Lake realized she how she put job demands before her family. She also had time to think about her career and the importance of making sure her work aligns with her values.

“Nearly 30 years of reading news, a lot of it bad or negative news,” she says. “I didn’t realize how abnormal that is.”

She also had an opportunity to assess the state of journalism.

“If you abhor censorship, if you believe ‘cancelling’ people who hold different points of view goes against the grain of the basic rights this country was built upon, if you believe journalists should report the truth no matter how much flak they take for doing so—then by all means, this profession needs you,” Lake said.

But much of what Lake reads, and much of what has been focused on her, is what she calls “gossip mongering” which she believes is dragging down the profession of journalism.

“I think there are some in the media who just want to see the worst happen to people,” Lake notes. “They put me in their crosshairs and any chance they can try to tear me down with lies, inaccurate reporting and pure gossip. No desire to check to see if what they write is true. They just take gossip from blog posts, write articles about it, then other reporters pick up the lies from one article and re-write those lies as if they are facts, where there was never truth to it in the beginning.”

Fortunately, says Lake, the public is starting to recognize the bias and lies put forth by some news outlets.

“They are tuning it all out and you see it in dropping subscriptions for some of these publications,” she said. “Once you’ve lost the news consumer’s attention, it is hard to get it back. I hold no anger toward them. I truly feel sorry for some of these reporters who have a preoccupation tearing people down.”

And there is also one other reason Lake says she is at peace with the changes coming to her career and personal life.

“A couple of years ago, in a low point, I reconnected to my faith,” Lake confided. “And as God always does, He pulled through for me. Lifting me up on low days. While I was anchoring from home during Covid for 9 months I listened to Bible study podcasts or videos as I prepared to do the news. It was my survival in balancing out all the negative news I was reading. I know it will sound silly to some people, but I just want God to steer me in this next chapter.”