PHOENIX – While Brittney Griner remains in Russia after detainment on apparent drug charges, the rest of the reigning Western Conference champions try to shift their focus toward Phoenix Mercury training camp.

It hasn’t been easy.

“I spent 10 years there, so I know the way things work there, and it’s delicate,” franchise leading scorer Diana Taurasi said.

Like many other WNBA players, Griner heads overseas during the offseason to compete in the Women’s EuroLeague, where her salary is significantly higher. She plays for UMMC Ekaterinburg and helped secure the fifth championship for the team in 2021.

Griner was arrested in mid-February upon her return to Russia following a two-week break by the league. She was stopped by airport security in Moscow for allegedly having vape cartridges containing hashish oil in her luggage.

Griner has been held for over two months and is facing up to 10 years in prison for drug charges. Russia recently extended her detention to May 19th, with a court date yet to be set, state-owned news agency TASS reported. 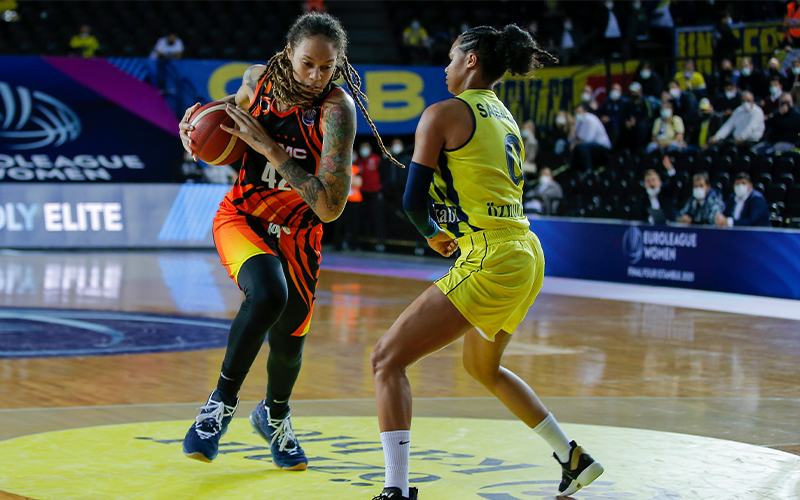 Many WNBA players have decided to remain silent on the matter to avoid escalating tensions with Russia, but the absence of Griner weighs heavy on the heart and mind of the team.

“It’s BG. There’s no one like her in the whole world,” guard Sophie Cunningham said. “So, we definitely miss her, but it’s not even like basketball anymore. We just want her to be well as a human being.”

The team is hopeful the efforts will lead to Griner’s release and safe return before the 2022 season, which begins May 6 at Footprint Center against the Las Vegas Aces.

“It’s not just their teammate, it’s not just somebody they know, but also their friend. So, it is something we think about, and we pray to make sure she is safe and she comes home quickly,” new coach Vanessa Nygaard said. “We feel confident that everything is being done to make sure that she gets back as quickly as possible.”

The offseason was a busy one for a Mercury team that made a trip to the WNBA Finals last season.

The additions of free agent center Tina Charles and guard Diamond DeShields have the team excited about the future of the franchise, especially because they are joining the star trio of Griner, Taurasi and Skylar Diggins-Smith.

Only time will tell if all members of the trio will be in place for the season’s start.