WASHINGTON – Arizona food banks head into the holiday season having to buy more food, at higher prices, for more clients, with fewer donations to help them pay for it.

When they can get food at all.

“We have had to purchase more food to be able to keep up with demand and of course we’re not able to purchase all of that food at the prices that we need as well,” said Angie Rodgers, Arizona Food Bank president.

The struggles are the result of a perfect storm of events as the holidays approach: Soaring inflation has driven more people to food banks, which have to pay more to feed them, and lingering supply chain issues have been made worse by a disease that wiped out more than 50 million birds for poultry farmers, 8 million of which were turkeys.

Inflation is at a 40-year high, according to the Bureau of Labor Statistics, with the Phoenix area posting the highest inflation rate in the nation for metro areas over the last year, at 12.1%. While fuel and housing were a large part of the increase, food prices were 12.6% higher this October than last, the latest month for which data was available. 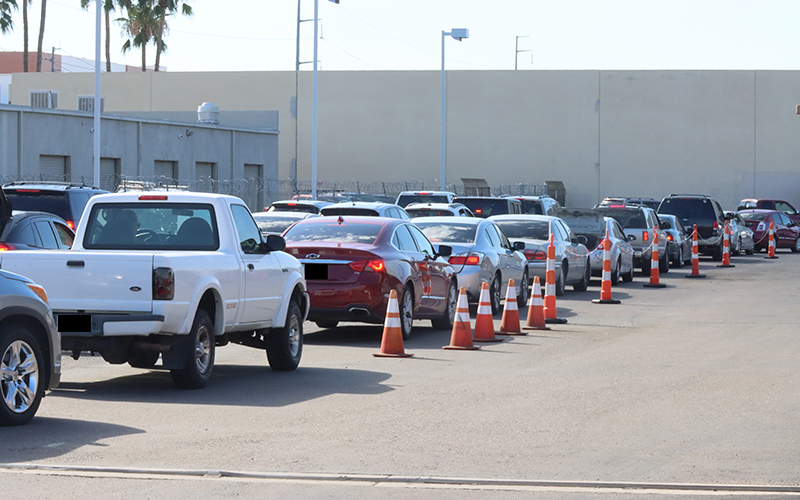 “Every month, we have seen an increase in the number of people that we serve weekly, and going into December, we are assuming because we’ve seen October and November increasing that December is going to be high as well,” said Janet Bean, treasurer for the West Valley Community Food Pantry.

The higher prices are hitting the food banks, too. The Arizona Farm Bureau estimates that a traditional Thanksgiving dinner will be 44.9% higher this year, with the cost for a 16-pound turkey alone jumping from $19.40 to $32.02. Everything on the farm bureau’s list was higher this year, from cranberries to stuffing.

The spike in turkey prices is being blamed on an outbreak of avian flu, which has led to the deaths or slaughter of millions of poultry that have been exposed, according to the Centers for Disease Control and Prevention.

“The supply of turkeys is lower and the cost is expected to be higher. So we were not able to procure a huge amount of them like we have in other years,” said Merliee Baptiste, executive director of Midwest Food Bank Arizona.

“We are having to pivot a little bit to find something that would still work for folks for the holidays,” Baptiste said.

On top of all that, food banks said they are seeing fewer donations in these inflationary times.

Norris said that for the first time in 30 years, the Paradise Valley Community Food Bank had to send out 1,500 fundraising letters soliciting donations that typically flow through the door. 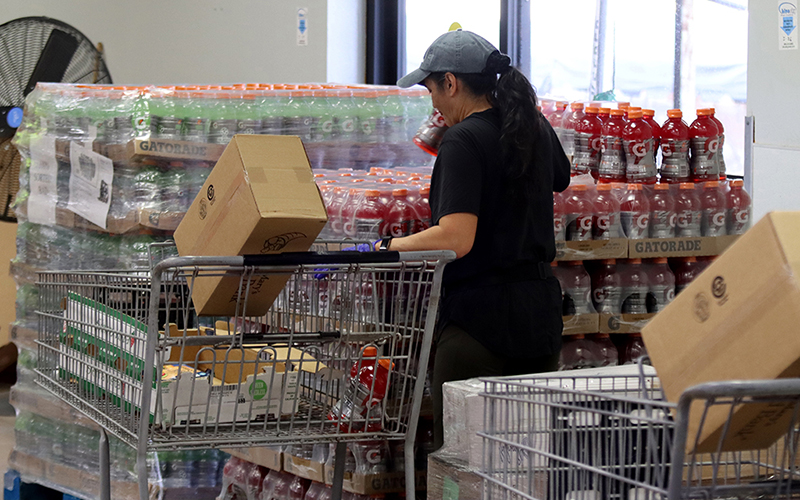 “Our donations, food donations and cash donations are not quite keeping up with the increase in our service numbers,” Norris said.

Officials are quick to remind people that Arizona offers a dollar-for-dollar tax credit for donations to charitable organizations, worth up to $400 for individuals or $800 for married couples, according to the Arizona Department of Revenue.

They also note that there are other ways to give. For those who cannot make a donation of food or cash this holiday season, food banks suggest starting a food drive or volunteering at your local food pantry.

“If there are people that have some extra time, whether it’s during the holidays or throughout the entire year, we really welcome them,” Baptiste said. “That’s equally important as some of the food or financial donations that they might have.”

Despite the struggles, officials said they are still optimistic that the holiday spirit will push people to donate, citing the typical spike in donations during the holidays.

“We’re still hopeful for a strong holiday donation season both in terms of food and funds … we’re hopeful that people still remember that there are people struggling to put food on their table,” said Rodgers.

About Cronkite News 4047 Articles
Cronkite News is the news division of Arizona PBS. The daily news products are produced by the Walter Cronkite School of Journalism and Mass Communication at Arizona State University.