Maricopa County Recorder Adrian Fontes arranged for a mariachi band to serenade a parade of 6 voters as they drop off their ballots at an early voting center.

Nicole Pastuer, spokesperson for the Biden campaign, said of the parade in a tweet that she had “never seen people so excited—so proud and emotional—to vote.” 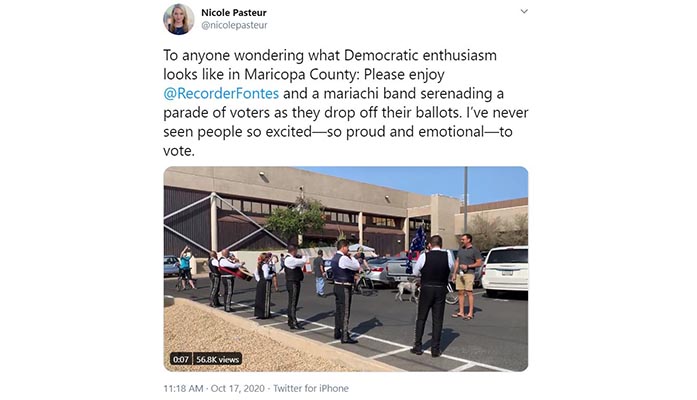 A the same time, Trump supporters by the thousands of people held a parade that stretched approximately 30 miles and ended with a rally in Wittmann, Arizona. One man, who stumbled upon the Trump parade, said the sight made him “feel like a 6-year-old on birthday day. I’ve never seen anything like this. We are so, so encouraged.”

However, not everyone was happy with the parade: 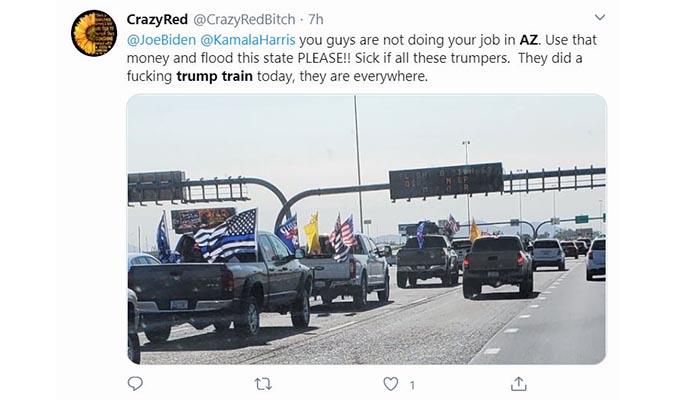