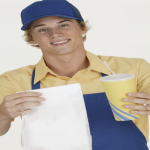 President Obama is pushing an increase in the minimum wage to $10.10 from $7.75 per hour. This proposed increase is a distraction, a head fake, to divert attention from the fact that 92 million Americans discouraged by not finding jobs are no longer in the labor force; the largest number in American history have stopped looking because of the dearth of jobs created under the Obama administration.

First, let’s understand that the minimum wage pertains to entry level jobs, jobs for teenagers and young adults lacking work experience, education, and maturity. Second, the minimum wage was not designed to support a family of four!

This is a basic economic fact: raise the price of a product or service and demand will go down. Neo-progressive drones ignore the facts and accuse their opponents of hating poor people. This is the typical, irrational touchy-feely empathy argument of the left. For Democratic drones, there is no minimum wage high enough. So let’s take a look at the myths of the minimum wage:

3. Minimum Wage Workers Are Supporting a Family – Census Bureau data confirm that 40% of the beneficiaries of the 2009 minimum wage increase were teens or others living with a parent or relative. Research has shown that long-term minimum wage earners, a sliver of all workers, often lack basic job skills needed to move up in the workforce . . . raising the minimum wage in an attempt to help this small subset can actually harm them . . .”

4. A federally mandated wage hike is the only minimum wage workers get as a raise – Nearly two-thirds of all minimum wage earners receive a raise with the first 1-12 months on the job.

5. A mandated wage hike is the best way to improve income for minimum wage workers who are poor. In the 1970s, the Earned Income Tax Credit was passed into law. Low-income households receive a refundable tax credit, the amount of which is based on their other income. It acts as a guarantee of minimum income, rather than a minimum wage.