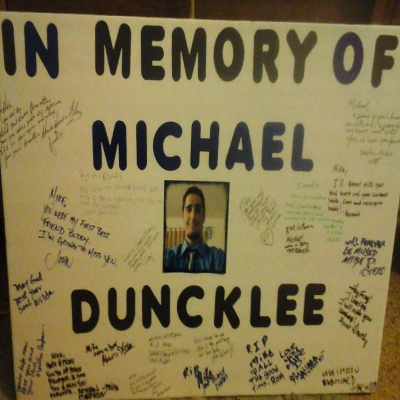 On the night of May 21, 2014, Michael Duncklee was staying with friends in an apartment complex located at 3810 East Monte Vista Drive. Michael’s friend had been evicted days before, and the locks on the doors had been changed. Her boxed belongings remained inside for days after she received notice of the eviction.

Despite the eviction, the friend and Michael returned to the vacant apartment on occasion to steal some sleep.

According to Michael’s friend, she had reportedly been in contact with the landlord and was awaiting the arrival of money in order to move to Tennessee.

Michael had hoped to go with her.

He had given up any hope of a future in Tucson. He had tried to find work, but having been out of jail for only a few months, after serving a 7 month sentenced in the County Jail for possession, he had little chance of success. Being released in the 8th poorest metropolitan area in the country, offered few chances to build a new life to someone like Michael.

He had his demons no doubt. He drank and occasionally did meth to self-medicate the demons away. Michael’s demons did not cause him to physically harm others, according to his dad, Robert Michael Duncklee. Robert says that Michael’s demons tore constantly at Michael’s self-respect. And in the last few weeks of his life, Michael was lying and stealing from his family. He was losing the battle and a “geographic” was his answer.

The landlord called police the night of May 21, to report people squatting in the apartment.

On that night, Michael and his friend were sound asleep, with the radio on, when sometime after 11:00 p.m.; he was awakened by his friend. As a result of his premature birth, Michael was hard-of-hearing and did not hear authorities announce themselves as they entered the dark apartment.

His friend was alarmed, and according to sources, told Michael only that someone was in the apartment. From a sound sleep, Michael flew from the bed to open the closed door. He grabbed what police described, in their media report as a hockey stick, and opened the door to the bedroom.

According to the friend, the police did not have their flashlights on and would have had some difficulty seeing them in the dark apartment. According to Michael’s dad, the friend identified the “weapon” or “”hockey stick” as a small piece of wood that looks “like the handle of a plunger.” A video shot by a friend earlier shows the weapon, the friend claims Michael was wielding, according to Michael’s dad. In that video (see below), it appears as if it is a rounded, approximately 2 feet long and 1 ½ inch diameter piece of wood.

The media report released by TPD on May 21, claimed: “Two officers responded to the call. Upon their arrival, they knocked on the front door of the apartment and announced themselves as Tucson police officers. After receiving no response, the officers entered the apartment through the unlocked front door. As they were checking the apartment for any occupants, they came across a closed bedroom door. The officers again identified themselves as Tucson police officers. A male subject then exited the bedroom door and brandished a hockey stick. There was a confrontation between the male subject and the two officers during which time both officers discharged their weapons, striking the male subject. The officers immediately determined that there was a female inside the bedroom who had been injured by gunshot trauma. It was apparent her injuries were received when the officers fired their weapons at the male subject. The male subject was transported to a local area hospital where he was pronounced deceased. The female was transported to a local area hospital where she was treated and released.”

According to Michael’s dad her friends, the female victim said that Michael became alarmed that someone was in the house, but he did not know it was Tucson Police when he opened that bedroom door and stepped through it. No one can ever really know what Michael was thinking in those split seconds, but it is reasonable to assume that anyone, awakened from a sound sleep, in the middle of the night, might grab a something to protect themselves.

Michael’s father and friends want to know if Michael, or anyone for that matter, is not entitled to protect themselves in the middle of the night from unknown intruders.

Does trespassing deserve a death sentence? 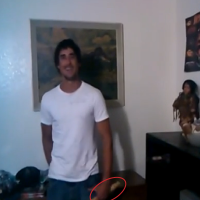 When Officer Meyer was led out of the apartment, he looked terrified, according to the friend that was arriving at the apartment at nearly the same time as the officers. They want to know if he was terrified and if he was; did it have anything to do with the fact that he knew he was too quick on the draw?

What they do know is that Michael had his demons, he had his rights, and he is dead at the age of 28.

What they do know is that tensions are high and there are a lot of Michaels in desperate need of jobs, mental health services, and hope. More, and more, all the time in Tucson and the lucky ones are getting out. The money needed to grab the opportunity comes before despair and death for the lucky ones.

What they do hope is that Michael’s death is not in vain. They hope that the police will receive better training and rethink the need for deadly force because more and more Michaels are having fewer and fewer opportunities and safe places to lay their heads.