FLAGSTAFF – Pension costs for Arizona police officers and firefighters are rising to the point they are overburdening taxpayers, according to a legislative committee that is seeking reforms.

Six Arizona legislators, in the first of several meetings around the state, said the problem is so pervasive that residents, experts and others need to educate themselves and work together to help ease the weight of the Public Safety Personnel Retirement System.

“We don’t know what the solution to this is,” said Rep. Noel Campbell, a Prescott Republican, adding most of his legislative colleagues know “very little” about the pension issue.

Prescott owes $82 million on its pensions and has added a proposed sales tax increase on the 2018 ballot, said Campbell, who chairs the committee.

“If this isn’t a crisis in this state, nothing is,” said Mary Beth Hrin, a former Philadelphia police officer said at last week’s meeting.

Hrin detailed a massive rise in pension liabilities on the government retirement system that started in 2003, increasing more than 1,700 percent by this year.

“Not even your cable bill went up that much,” Hrin said.

“We aren’t going to pay this thing off in 10 years,” Prescott Mayor Harry Oberg said.

Bryan Jeffries, president of the Professional Firefighters of Arizona, said Hrin’s presentation was one-sided. He stressed the retirement system has helped firefighters over the years. 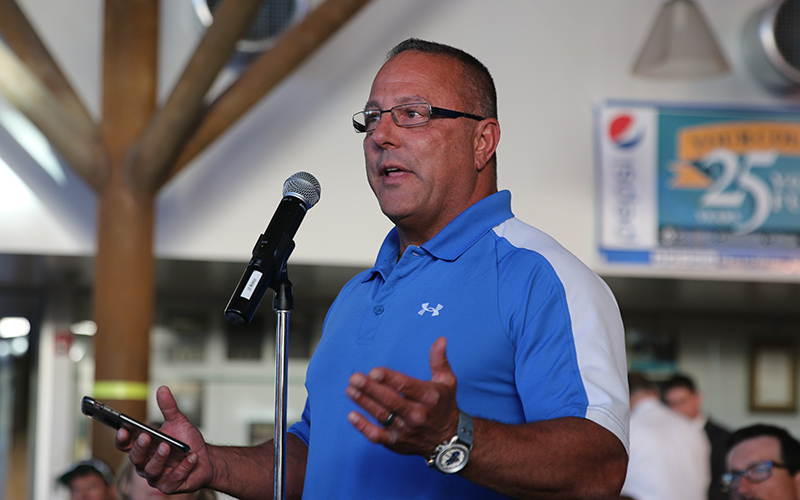 Bryan Jeffries took to the microphone to address the points he opposed in Mary Beth Hrin’s presentation. (Photo by Alexis Kuhbander/Cronkite News).

“Certainly none of us that provide service every day created the situation,” Jeffries said. “None of you did. No no one in this room did. We are here to try and fix it.”

He and Jim Mann, executive director of the Arizona Fraternal Order of Police, said the pension system reforms will take time to work.

“All I ask of everybody in this room is to give a chance for these reforms…and don’t do anything brash,” Jeffries said.

Mann said he has attended every Public Safety Personnel Retirement System board meeting since 2001. Board members, past and current, have worked through a host of obstacles, including the 2008 recession. Board members have earned patience, Mann said.

The legislative committee members are conducting meetings in rural Arizona to hear more from residents and local public safety employees. 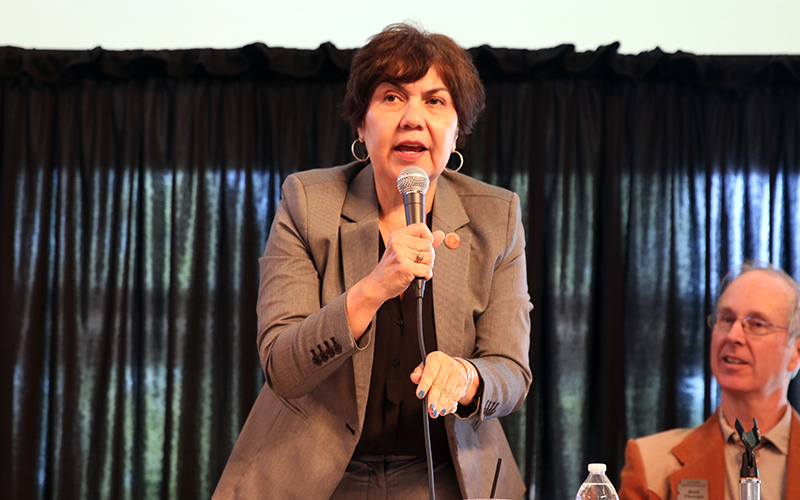 Representative Charlene Fernandez stressed that she wanted to hear what the public and public safety workers had to say on the pension issue at the meeting in Flagstaff. (Photo by Alexis Kuhbander/Cronkite News)

The next committee meeting is scheduled for July 13 in Bisbee. Other sessions have not been scheduled but are expected to take place in Prescott, Yuma, and Globe-Miami.

Campbell said the committee will present findings and solutions later at the Capitol.

“This is all about educating the public,” Campbell said.

Bill Would Prevent Arizona Resources To Be Used For Unvetted Refugees, UACs