Republican Rep. Bob Thorpe and Democratic Rep. Kelli Butler have teamed up to find answers about the health and safety of unaccompanied minors and children who are currently in the care of Southwest Key.  Thorpe and Butler wrote to Southwest Key’s CEO, Juan Sanchez, to request a tour of the organization’s facilities and detailed information about its operations.

Southwest Key, licensed in Arizona, has sheltered and processed thousands of unaccompanied minors for years.

“We are concerned about the welfare of all children within Arizona, including those within state licensed detention facilities,” Thorpe and Butler wrote Sanchez, who refers to himself as “El Presidente.”

“Our constituents expect us to be diligent and thorough in protecting the well-being of all children residing in our state, and we believe we have a right and a duty to inspect Southwest Key facilities to ensure that they are operating in the best interests of the vulnerable children for whom they have accepted responsibility, and for the safety and security of our communities as well,” continued Thorpe and Butler. 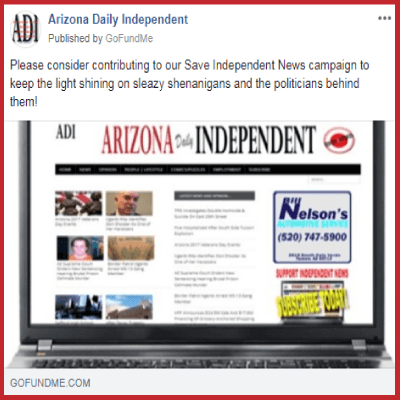 Grassley revealed that federal authorities responsible for vetting potential guardians of children, who enter the country without an adult, have been placed some with convicted criminals, according to whistle blower claims. According to Grassley, the whistle blower, who was familiar with the vetting process, alleged that at least 3,400 sponsors out of a sample of 29,000 listed in a government database have criminal histories that include domestic violence, homicide, child molestation, sexual assault and human trafficking.

Whistle blowers associated with Southwest Key shelters in Arizona told the Arizona Daily Independent (ADI) similar stories. Whistle blowers claimed that the minors were living in unhealthy environments until being handed over to questionable sponsors. Whistle blowers reported lice-infested facilities and minors being turned over to coyotes, the term used to describe human smugglers in the Southwest.

One whistle blower told the ADI, “I think three of my cases – I know for a fact – were coyotes. They were traffickers. And they were being handed off,” referring to her Southwest Key clients.  Another whistle blower explained that when they had concerns about a sponsor, Southwest Key higher-ups would dismiss them.

UACs are the keys to Southwest Key’s success

ACLU to fight for abortions for undocumented children