FLAGSTAFF —  A 47-year-old man was shot to death Sunday morning by a Flagstaff Police officer, after he advanced toward the officer while brandishing two knives he was holding over his head.

Two officers were leaving the Guidance Center, a mental health facility located at 2187 N. Vickey Street, at about 9:27 a.m. after responding to an unrelated call, when Russell Henry Harold, of Boise, Idaho, confronted the officers with the knives, said a police press release.

“As the officer backed away from Harold, he gave Harold commands to drop the knives,” the release said. “Harold charged the officer, having a knife in each hand, prompting the officer to discharge his weapon, striking Harold.”

Officers then administered aid to try to save his life before medics arrived on the scene.

Harold was transported to the Flagstaff Medical Center, where he was pronounced dead.

The officer involved in the shooting was identified as Tyler Romney, a 3 ½ year member of the Flagstaff Police Department.

The officers involved in the incident were not injured. 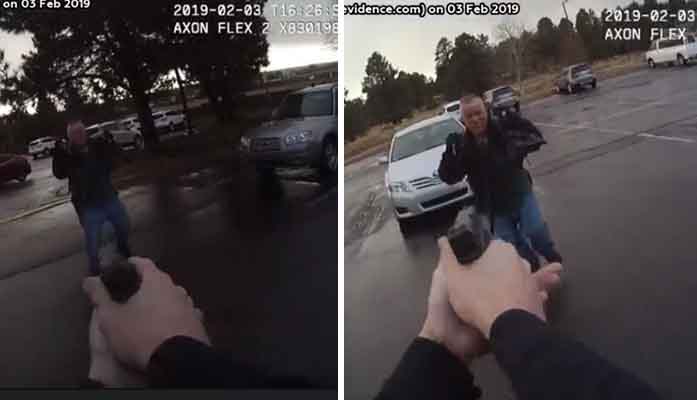