PHOENIX – Raquel McNabb, a former college athlete and mother of four active children, has witnessed firsthand how money affects or limits a child’s ability to participate in sports. Maybe kids can afford the uniform, but not the travel expense. Others can’t pay for the required equipment.

Some children never get around the first road block: team or entrance fees.

That is why McNabb, along with fellow Valley moms Nicole Hawkins, Jennifer Krause and Ashley Schuggher, founded Caris Sports Foundation, a Chandler-based nonprofit designed to help children and their families meet the costs associated with recreational and competitive sports. 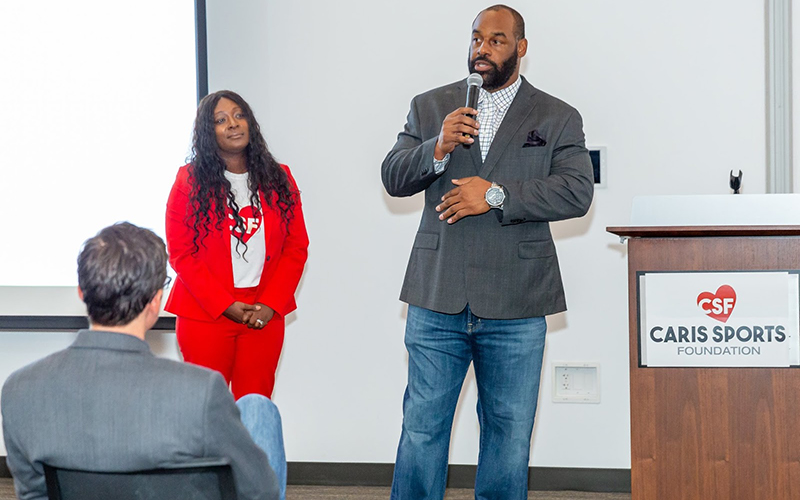 Even before the COVID-19 pandemic temporarily shuttered sports worldwide, youth sports suffered declines in participation in the last few years for numerous reasons, from health and safety concerns to lack of time and travel commitments. Nonprofit organizations in the Valley are stepping in to alleviate the burden of costs to insure all kids who want to play organized sports, can.

“If you look at the statistics, kids that come from affluent families have more opportunities to play sports,” McNabb said.

Founded in 2019, the Caris Sports Foundation, said McNabb, has a simple goal and purpose: donate money to kids and club teams in need.

“Some foundations are really complicated, and we are not. We raise funds to help kids play sports,” she said.

“We have actually given out approximately $30,000 in funds this year to kids.”

McNabb was a high-achieving athlete herself. A point guard for Syracuse in the 1990s, she made the Big East academic All-Star team three times, was named the school’s Athlete of the Year and was twice team MVP.

“It gave me the ability to travel places I would never travel otherwise,” she said. “And the bonds that I made, the relationships built and all the fun times. That is what was important.”

“When we level the playing field, it is giving everybody the opportunity to play,” McNabb said.

Garrett Brolsma, YMCA’s district executive director who oversees the East Valley location and helps lead youth sports and aquatic operations, said nobody will be turned away from the facility’s programs because of an inability to pay.

“We want to make sure that every child and family, regardless of economic status, have the same opportunities as anybody else,” Brolsma said.

Like other youth sports programs, the YMCA charges program fees, but when an athlete cannot afford to pay they are offered some assistance.

“We raise money every year directly for scholarships so that every child is able to access the same experiences that all other children do,” Brolsma said.

“There are 10 kids on a basketball team and four or five of them might be on some sort of financial assistance or scholarship,” Brolsma said, “But nobody on the team would know and aren’t treated differently.”

Former NFL quarterback Donovan McNabb, a spokesperson for Caris and husband of Raquel, said when starting the foundation they had similar goals in mind.

“The thing that stuck with us, there are kids coming from single parent homes or adopted, and they don’t have the financial (backing) to pay AAU and club dues each and every month,” he said.

“We are providing support for them to be able to do that, so that the kids may have the opportunity to be on the same platform as other kids who do have families who can afford to pay the dues.”

The purpose of nonprofits like the YMCA and the Caris Sports Foundation are to get more kids on the field. Once that happens, a child’s future is likely to expand.

“I think it’s just tremendous for children to build positive relationships with other children through sport,” Broslma said.

Both Raquel McNabb and Broslma agreed that skills learned in organized sports play an important role in a child’s future job prospects and influence who that child eventually becomes in their adult lives.

“We feel it is important to play sports because of all the other values and skills that come with playing,” McNabb said. “How you develop as a person, not just as an athlete.” 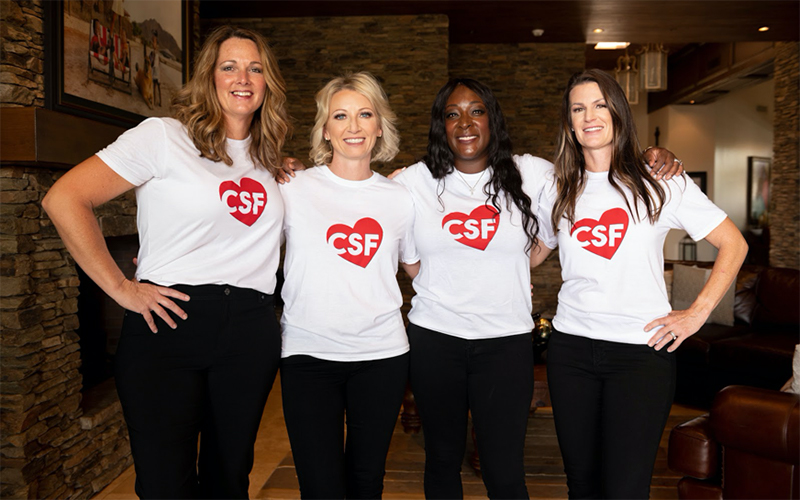 From left to right Jennifer Kruse, Ashley Schugg, Raquel McNabb, Nicole Hawkins. Co-founders of Caris Sports Foundation all share the same passions for sports, giving back, and helping kids get on the field regardless of socioeconomic status.

“I think they are paramount as well, the relationship with a coach that a child can build and learning from an adult role model that’s not their own parent, is really, really important,” Brolsma said.

He said that the coaches at the YMCA are volunteers who generously give their time to children not because they have to or are being paid but because they want to be there to teach and support.

Donovan McNabb said youth sports can also open doors for athletes that would otherwise remain closed had they not played.

“Club sports play such a major factor in the future of these individuals, these kids,” said McNabb, who played 13 seasons in the NFL, primarily with the Philadelphia Eagles. “It gives them an opportunity and platform to be showcased, to be put out there so college coaches can recruit them, and they can fulfill a dream of playing D1 sports.”

While there may be no solution to rising youth sports costs, organizations like the YMCA and the Caris Sports Foundation will continue to offer financial compensation to those in need so that kids can stay active, build lifelong skills and maybe one day play on a higher level.