On Tuesday, April 12, 2011, the TUSD Governing Board voted in favor of the students and made a decisive move towards closing the achievement gap. The Governing Board put aside the demands of special interest groups, including the swelling number of district administrators and voted to take a long look at where the desegregation monies are going and how they are serving the underserved children of TUSD. 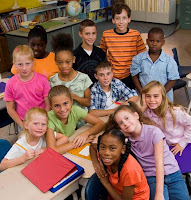 Last year alone, the district sent approximately $500,000 to Sahuaro and even rabid blogger the Three Sonorans concedes, “Did you know that University High School, with about 200 Latino students, gets over $1 million a year in deseg money? And to top it off, University High School is one of the most segregated high schools in Tucson.”

The TUSD Governing Board passed a motion to require a Staff Report Concerning the Expenditure of Desegregation Funds in the Ethnic Studies Programs of the Multicultural Student Services Department. The vote on this was 3-1-1. With this vote, the Governing Board has finally opened the door on the secret ways that almost $70 million dollars a year provided by the taxpayers of Arizona to TUSD for the purposes of desegregating its classes is being spent.

Most of us expect that in this day and age the expenditures of public bodies such as school districts would be a matter of public record. Unfortunately, TUSD has never seen fit to publicly account for the more than 1 billion dollars it has received over the past 30 years from the state for purposes of desegregation. Strictly speaking, this report will probably not be as rigorous as an external audit would have been, but even requiring a report by staff on how it is spending $68 million a year was fought tooth and nail by those who are more interested in protecting the political agendas of some adults than in making sure students are getting the biggest bang for the buck for their education.

As noted earlier, the vote was 3-1-1 in favor of a staff report. Board President Mark Stegeman, and Board members Miguel Cuevas and Michael Hicks cast the three votes in favor. Board member Adelita Grijalva  voted against closing the achievement gap, and once again Judy Burns neglected her responsibility and abstained. Even though it is only good business practice to know where your money is being spent such an idea is anathema to some on the Board. Let’s not forget this is TUSD, where the per student amount spent on administration is $791 while the average for all the other comparably sized districts in Arizona is $608 per student. The way money is spent in TUSD does not seem to matter to Ms. Grijalva and Ms. Burns. In addition to the high administrative costs, they continue their unquestioning support for the Raza Studies program that shows no better results in graduation rates and AIMS tests results for Mexican American students than the traditional program despite the fact that Raza classes have an average of about 20 students per class while traditional classes average about 30 students.

Miguel Cuevas stood up for the underserved children of TUSD. Despite his unceasing and brave advocacy for underserved students, the supporters of Raza Studies are already out in force to attack him. The Three Sonorans, as we have come to expect, has already called him a vendido (a sellout or traitor) in an article written about this vote, and promised Mr. Cuevas that he would never be elected to anything ever again. Instead of demonizing him, we should be complimenting Mr. Cuevas for his singular demonstration of leadership on this issue. He stood up to the pressure of powerful interest groups and voted to do what he was elected to do, make sure that the desegregation money appropriated by Arizona taxpayers is spent in ways that promote quality education for all underserved students.

Judy Burns and Adelita Grijalva maintained their dedication to preserving administrative positions, and less money in the classroom. They stood in favor of trips, teacher training, and various other expenditures that serve adults rather than students.