Amid growing concerns about his leadership ability and temperment, the oath of office will be administered today by retired Judge Charles Sabalos, to Chris Nanos, who was appointed Pima County Sheriff. The Pima County Board of Supervisors appointed Nanos to the job in July, to replace retiring Sheriff Clarence Dupnik.

In a memo dated August 6, Nanos advised Department employees that he was making very controversial organizational shifts. The memo reads:

Nanos advised that “other minor organizational changes are being worked out and a new Organizational Chart will be distributed next week.”

According to sources, the Sheriff’s Department has transitioned into “campaign central” as his top staff begin their efforts to ensure his re-election. Emails obtained by the Arizona Daily Independent show a close relationship between Nanos and his leadership team, who appear to share a great disdain for the Tucson Police Department and the City of Tucson in general.

Although Sheriff Dupnik was roundly criticized for failing to provide protection for Congresswoman Gabby Giffords during her “Congress on Your Corner” event in January 2011, Nanos takes a jab at TPD: 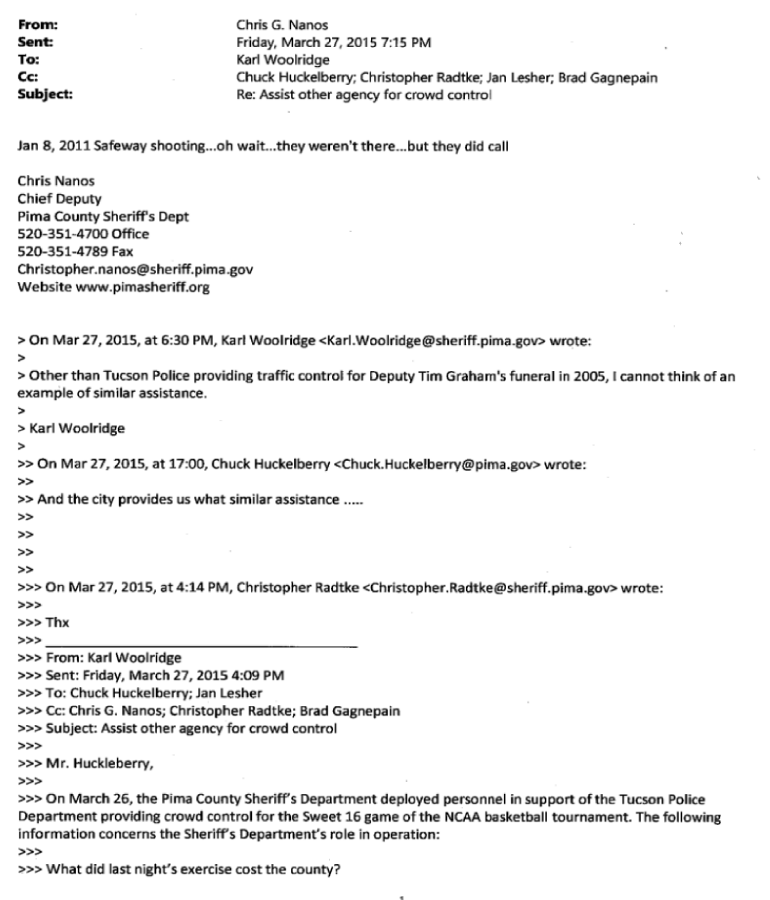 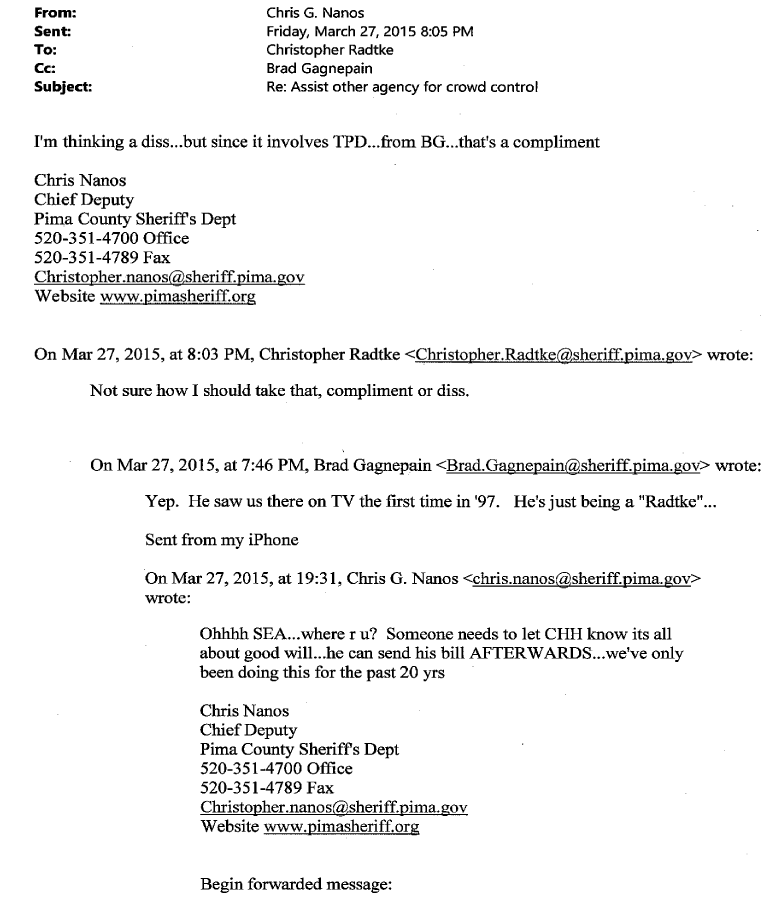 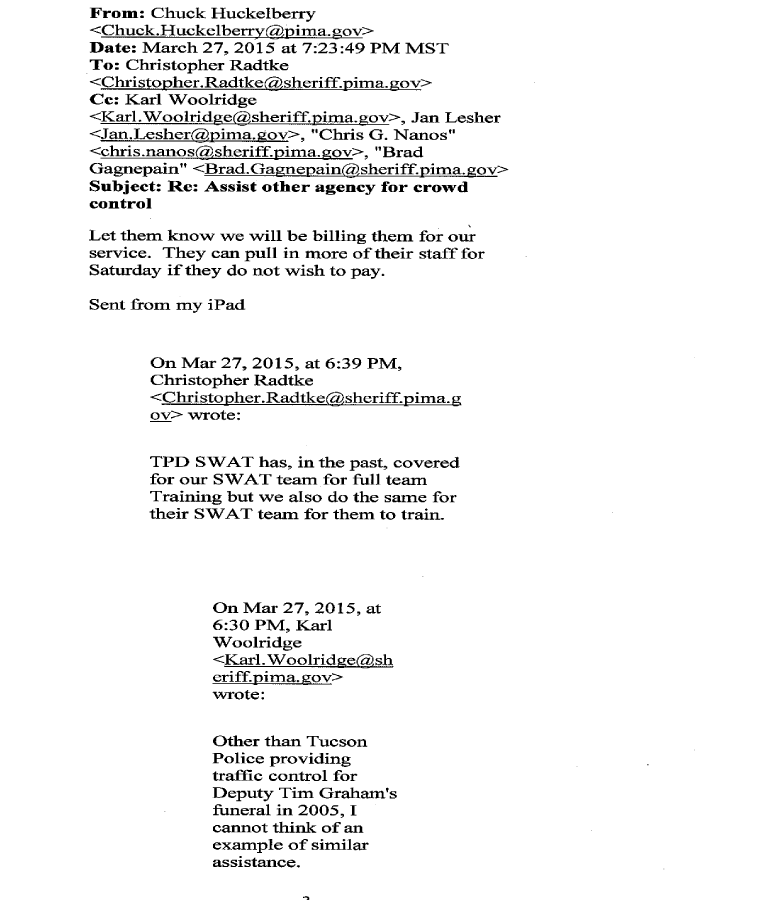