On February 18, 2017, just before 11:00 a.m., Tucson Police officers responded to a report of a carjacking by Mayor Jonathan Rothschild. The carjacker fled in Rothschild’s City-owned Toyota Prius.

Rothschild was not the first victim of the suspect that day. He had tried to “take a different vehicle in the area shortly before approaching the mayor,” according to TPD. “In that incident, the suspect entered a vehicle parked in front of a residence. As he attempted to take the vehicle, he was approached by the residents of the home who advised they were calling the police. The suspect fled on foot and a neighbor began chasing him. During the chase, the suspect pulled out a handgun and pointed it at the neighbor who then stopped following.”

All in midtown, in midday. It happened in what many would consider a “good neighborhood.” The kind of neighborhood in which a successful attorney-turned-mayor would live.

How could it happen? How could a successful guy, living in a nice neighborhood, get carjacked in the middle of the day?

There are many reasons why Tucson is one of the most dangerous communities in the state. The most obvious reason for the deteriorating quality of life is the fact that the community’s leaders are too busy playing politics to focus on basic needs.

“My neighborhood is going under…. violently.

I believe it is time to call it as it is and invoke the help of those who are paid and elected to do so.

I look forward to hearing of your efforts.”

Holland has lived in the Garden District; which is bordered by Swan Road on the East, Grant Road on the North, Alvernon Way on the West and Speedway Boulevard on the South, for years. Not long ago, the neighborhood was considered fairly safe. Like too many Tucson neighborhoods, it has been “going under” for a while.

The ADI did not receive any emails as part of the records request from Elias in response to either men. The thin-skinned Kozachik, who constantly attacks residents in the name of civility, responded to Holland in a manner we have come to expect. He is insulting and defensive: 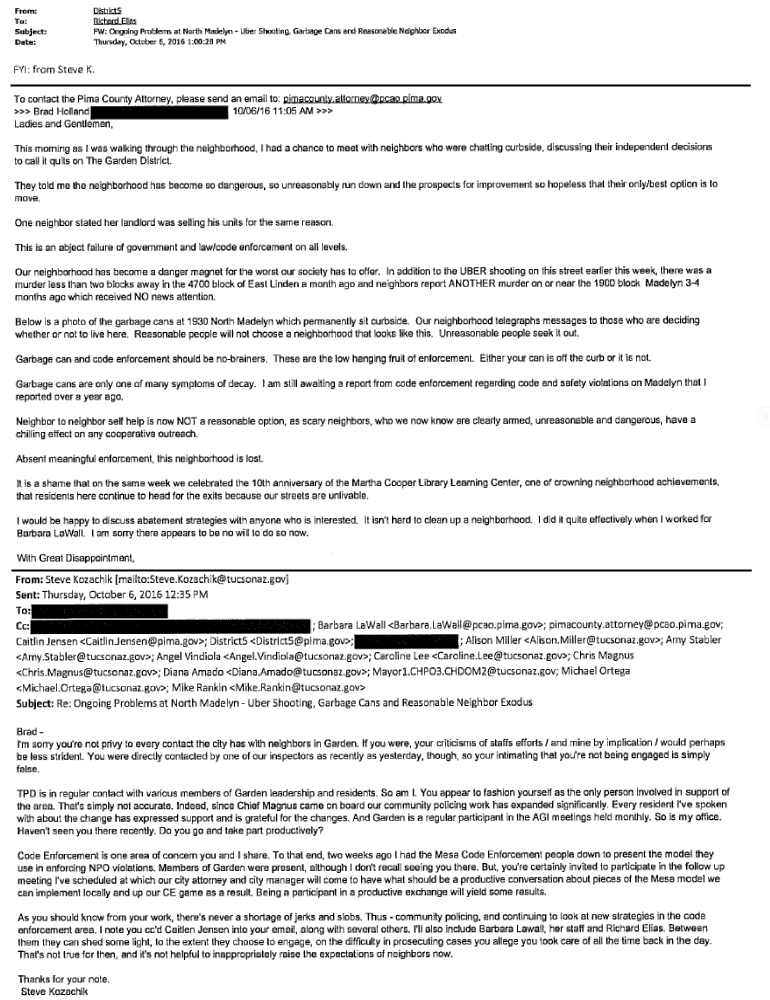 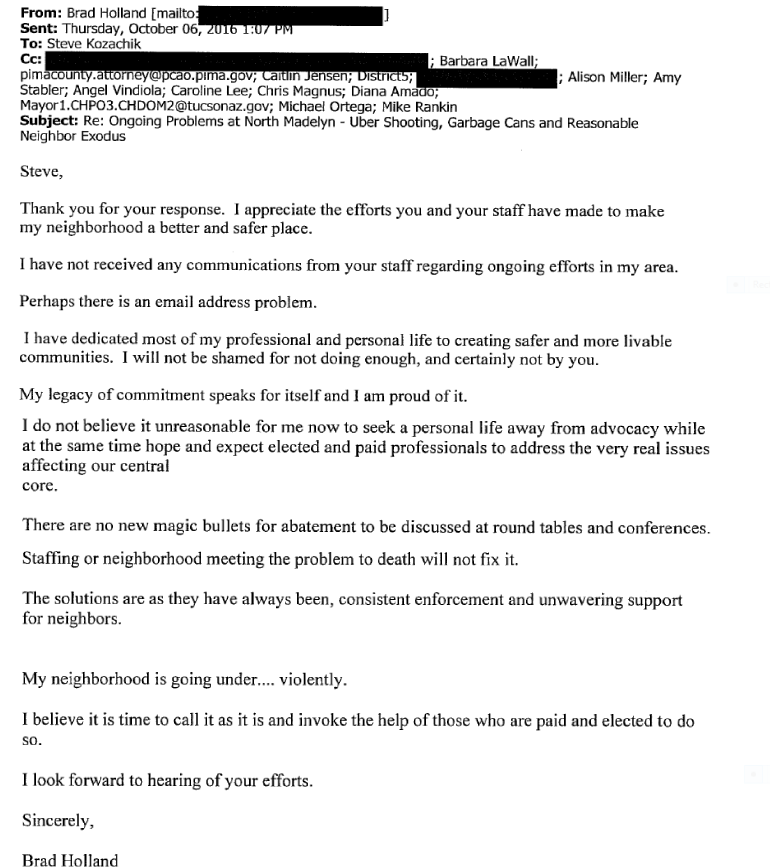 The email exchange shows clearly why Tucson’s crime problem continues to grow and its population continues to decrease. Unless – and until – residents recruit and support representatives, who care more about fixing problems than assigning blame, nothing will change.

City Of Tucson To Unveil Garbage Can Art