The Arizona Secretary of State’s “SEE THE MONEY” project has been cursed from the start.

Phase 3. FAILED BETA testing started in December of 2017.  I started to look into this project. In January of 2018, I contacted one of the developers to let them know I cannot fully test this software until I can go through the process from start to finish. That includes data entry, report creation, and report submission. I was told it would be ready in March 2018. IT’S STILL NOT AVAILABLE.

Phase 4. FAILED Cost of this project has skyrocketed to over a million dollar with delays well over a year. The SoS went to Clean Elections to ask for more money. The SoS is using taxpayer money for this project and was going to profit $2 Million in taxpayer money from the cities and counties by charging them to use the software. The Arizona House of Representative put an end to this gross profiteering.

Phase 5. FAILED  The bizarre 180 degree turn from the SoS when in July 2018 said she would not release this software in the middle of the election cycle. Then just weeks later made a statement that it is operational. She insisted that the site was “done” and contained “accurate information, though it won’t be used by candidates until the election is over.” And she stated, “I don’t want to use it until we’re in a brand-new, fresh (election) cycle. I don’t feel like dealing with drama, basically.”

This was reported last month: “Her office has repeatedly labeled the website a success, calling it a national model for transparency. It now includes campaign contribution and expense data for congressional, statewide and legislative candidates going back to 2013.”

Guess what? This site does NOT have any federal candidate available. I checked my election data and it has multiple copies of the same report, a result of several imports of the data and no quality control.  There are candidates with up to 4 copies of their reports: 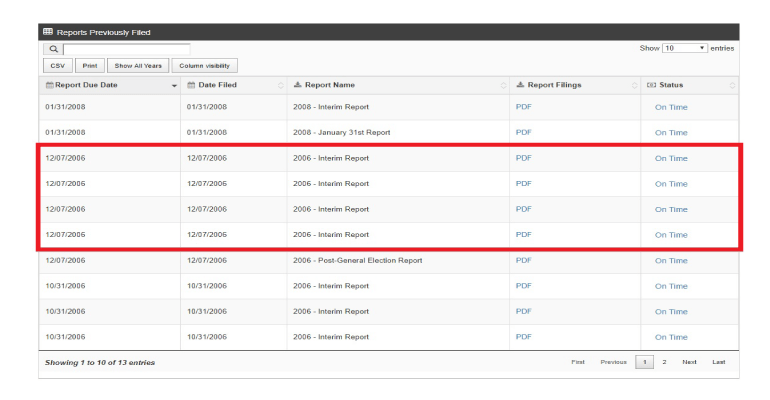 Screen shot of a 2018 Ballot Proposition. No data available: 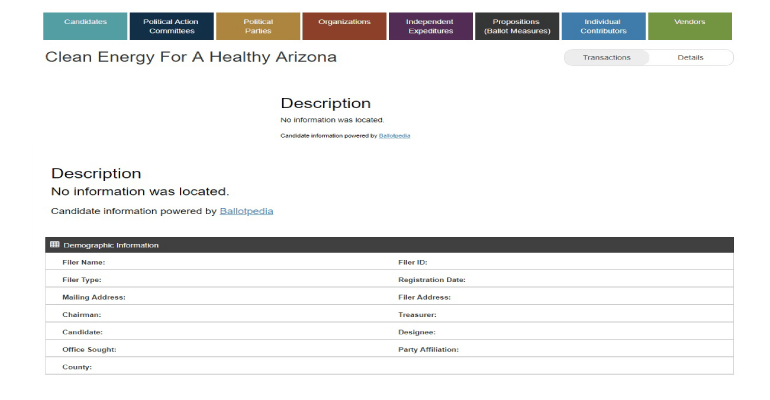 About Opinion 361 Articles
Under the leadership of Editor in Chief Huey Freeman, the Editorial Board of the Arizona Daily Independent offers readers an opportunity to comments on current events and the pressing issues of the day. Occasionally, the Board weighs-in on issues of concern for the residents of Arizona and the US.