WASHINGTON – In her decades fighting wildfires, Forest Service Chief Vicki Christiansen says the fires have gotten bigger, the deployments have gotten longer and the situation has just gotten worse overall.

But there may be help on the horizon. 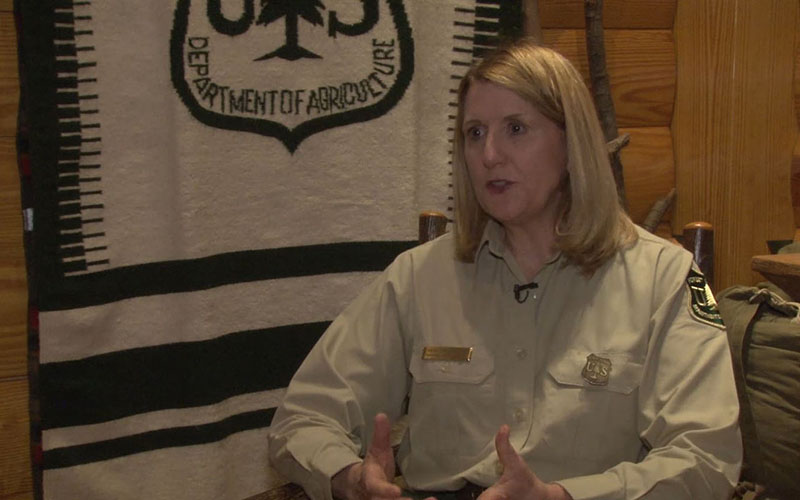 After years of wrangling, Congress last year passed the “fire funding fix,” which will take effect later this year. The fix, included as part of an omnibus budget bill approved in March, creates a $2.25 billion emergency fund that federal officials can tap when the cost of fighting wildfires exceeds the budget, as it has done regularly for years now.

Christiansen calls the fix “a major stabilizing factor” that will let her agency better plan while responding to the more catastrophic fires, the ones she calls “hurricane fires.”

“It’s these few extreme fires that create all kinds of havoc in our system,” Christiansen said. “Thanks to the confidence that Congress had in the Fire Service, we’re going to invest back into creating more resiliency and improving forest conditions.”

Under the fix, the annual firefighting budget would remain at a little more than $1 billion per year, but in fiscal 2020 – which begins Oct. 1 – there will be $2.25 billion to fund operations once the regular fund is spent. The emergency fund would grow by $100 million a year until it reaches $2.95 billion in fiscal 2027.

Besides meeting the immediate need of fighting fires, the fix is aimed at ending the practice of “fire borrowing,” when agencies would pull funding from other projects – many of which were aimed at helping prevent wildfires in the first place – once the fire suppression budget was spent.

Jim Allen, executive director of the Northern Arizona University School of Forestry, agreed that the fix is “a huge step in the right direction” for a department that has had to pull money from other projects to fund harsh fire years.

Allen said that since he came to NAU in 2006, he has seen funding pulled from multiple research projects to compensate for fires. He said the fix will have a ripple effect throughout the Forest Service.

“First of all, it will stabilize how we deal with wildland firefighting expenses, but it will also be a really big boom to the other parts of the Forest Service,” he said. “To me, it’s a really important step forward.”

It comes after a two-year stretch in which more than 120,000 fires burned more than 18 million acres, according to the latest data from the National Interagency Fire Center.

“The last two years have been very significant, record-setting years,” Christiansen said in an interview last year before the tragic Camp Fire in California. “We keep saying it’s our new normal, with the … number of wildfires, the amount of acreage burned and the severity of the wildfires.”

The headline-grabbing Camp Fire in November burned 153,336 acres, killed 85 and destroyed more than 14,000 structures. But the 8.6 million acres burned in 2018 still was only fifth most in the past 10 years.

“From a national perspective, we no longer say it’s a fire season, it’s really a fire year,” Christiansen said.

Although the fix was welcomed by both sides of the aisle, some environmental groupsworried that changes to logging policies included in the fix might open the door to abuse.

Rep. Raul Grijalva, D-Tucson, said that while the fix is good, there are other solutions that should be considered as well. Grijalva, who became chairman of the House Natural Resources Committee with the Democrat-controlled Congress that was sworn in Thursday, said he hopes to work with Christiansen this year to bring those solutions to light.

“I think there’s a whole preventive treatment that we need to do where the urban interface and the wildlands meet,” Grijalva said last month. “What can we do there? I think that preventive side of it for the long haul isn’t funded, and I think that’s one area we’re looking at.”

About Cronkite News 2851 Articles
Cronkite News is the news division of Arizona PBS. The daily news products are produced by the Walter Cronkite School of Journalism and Mass Communication at Arizona State University.

Last Minute Virtual Voting Option Will Be Ruled On Next Week