None of us who call ourselves Americans would be here if not for our immigrant forebears.  Even Native Americans originated somewhere else, and there is scant, but tantalizing, evidence that North America may have been visited by Neanderthal ocean travelers before even them.  And tracing it back to the beginning, the human race originated in Africa and spread out from there a long. long time ago.  Over time races developed, national identities were formed, nations created, torn asunder, and re-created.  Some peoples’ nationalities changed, at least on paper (or papyrus), several times in a generation as conquerors asserted control.

After Columbus “discovered” America, the Spaniards claimed South and Central America, moving up through Mexico into North America, and subjugating the Native population with cannons, whips, hangings, and disease.  At Acoma Pueblo, where resistance was fierce, the conquistadores cut off the foot of the surviving men.  They could work as slaves with the other foot.  But their language remains today the official language of most of the Latin American nations, while Natives keep their own languages alive.  Other European nations – Portugal, France, Holland, Russia – also claimed pieces of the New World, hoisting their flags and imposing their languages.

The Spaniards ran into trouble at the New Mexico Pueblos, where dozens of Native groups united in secret and, on August 10, 1680, launched the Pueblo Revolt, driving the invaders back to the south.  The victory lasted twelve years, but the Spaniards returned and claimed the West and Southwest.  They established missions to bring the “savages” to Catholicism while forcing them to live and work as serfs and slaves, close to the missions where the padres and conquistadores could keep a wary eye on them.  In Southern Arizona over 90 percent of the Tohono O’odham perished under Spanish rule, from military action putting down revolts, from slavery and punishments, and from exposure to new diseases carried by the invaders. 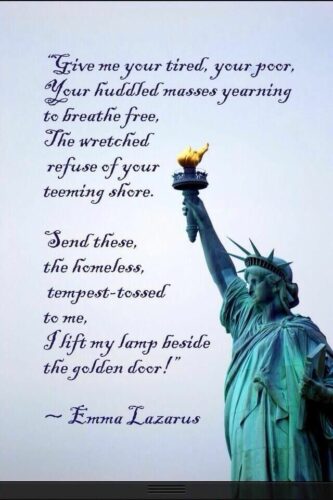 The British colonized the East Coast, and needed labor to build their villages and grow their food.  The Natives didn’t take to that very well and were marginalized, moved, or killed.  Indentured servants — most from Britain, Ireland and Germany — who wanted a piece of the New World for a new life had their passage paid and had to work a specified number of years to pay the debt off.  They received room and board but no wages.  Both white and black workers came to the colonies this way in the 1600s, and at the end of their term of servitude, became freedmen.  But the British powers-that-be decided they could treat blacks differently, and chattel slavery became the underpinning of the colonial economy.

Slavery continued through and after the American Revolution in all the colonies.  In the South, a large labor force was needed for the staple crops that were being sold and exported.  They came as African slaves, and as Irish indentured servants.  The Irish were used for the most dangerous jobs so that the plantation owners didn’t jeopardize their investment in slaves.  But at the end of their term of servitude, the Irish became “white” while blacks remained property, less-than-human.  With the coming of the Industrial Revolution the South remained predominantly agricultural, with mostly slave labor, while the North, under the influence of Alexander Hamilton and the Federalists, began the factory system.

The plantation-based South feared the growth of a Hamiltonian merchant capitalist class and compromises were negotiated:  “democracy” was limited to white male property owners; slavery was allowed to continue, but with importation of new slaves banned after 1808; non-slave states had to return runaway slaves to their owners; and only whites could become naturalized citizens.  Seven states emancipated their slaves; and the North-South split, which would eventually lead to civil war, was temporarily covered over.

Before Samuel Slater opened the first factory in Rhode Island in 1790, goods were produced in family workshops, custom-made at first, then in standardized sizes.  Usually the whole family participated.  A few women broke away from traditional roles to become midwives and healers, but male doctors soon took over.  The factory system depended on “free labor” governed by minimum hours and maximum pay, with company shacks to live in near the factory, paying rent to the company, and buying their supplies from the company store.  Workers got a half-day off on Sunday to go to church, maintained by the company.  Most of the first factory workers were women and children, with kids aged nine and ten making up fully half the work force in some factories, and some as young as four years old tethered to machines..  Cyclical economic depressions put people out of work with no safety nets.

During slavery African Americans built a distinctive community based on family and church, a culture that survived rape, whippings, the selling apart of families, and often-brutal living conditions.  The hard lot of  “:free labor” was sometimes compared to slavery, but black abolitionist Frederick Douglass pointed out that white workers who thought they were worse off than black slaves were free to apply for his old job.  Slave revolts in the South, like worker protests in the North, were brutally put down.

With “going west” as a white man’s escape from Northeast factory life, Native Americans were slaughtered, their children often sold into slavery, and those who remained restricted to reservations.  War with Mexico in 1846 cut that country in half, followed by the Gadsden Purchase, and the 1848 Gold Rush in California set off a fevered exodus in search of quick riches.  Workers abandoned their jobs and farmers their crops, and a dramatic labor shortage developed quickly.  Immigrants from China, Hawaii, Chile, Portugal, Ireland, Wales and Scotland filled the gaps.  By 1852 Chinese immigrants had become the largest minority group in California, building railroads and working in the gold camps, and were the target of racist attacks.  In 1882 the Chinese Exclusion Act became law, barring Chinese immigrants from ever becoming citizens.

While the Civil War freed the slaves in the South – the Emancipation Proclamation was designed as a military move, hoping to busy the Confederacy with putting down slave uprisings – it did not take long for the promises of Radical Reconstruction of “40 acres and a mule,” and the right of blacks to vote and hold office to be broken, with sharecropping instead of slavery, strict segregation of the races, and the rise of violent white nationalist groups like the Ku Klux Klan to enforce white power.

By the 1880s, after yet another depression, the expanding factory system was in need of more labor, often to replace workers who tried to unionize, and immigrants from previously ignored countries were let in, even if they were considered not quite “white,” as Italian and Russian immigrants were seen.  In the West, Mexican workers became the backbone of the agricultural industry.  When Queen Copper Mine workers went on strike in Bisbee and Douglass in 1917, and were forcibly “deported” to the New Mexico desert, there were some 35 nationalities working there, all paid differently.

Often one or two immigrants would come to America, find work, rent a living space, and send word home to encourage others to come.  Neighborhoods formed around nationalities, even to the home village level, and customs and languages were kept alive.  It was not clear if America would let them stay, especially working people who stood up for rights they did not yet have.  Blacks, on the other hand, lived in restricted areas, whether with formal segregation in the South or the more hidden segregation of the North.

The World Wars brought large numbers of European refugees to America, with later wars in Vietnam and the Middle East diversifying the influx.  Civil wars in Latin America and Africa, with U.S. overt or covert involvement, added to the mix.

Today there are over 43 million foreign-born people living in the United States, almost half of them naturalized U.S. citizens.  Of the non-citizens, over 13 million are lawful permanent residents, nearly two million hold temporary visas, and an estimated 11.1 million are unauthorized migrants, “illegals.”  The total number has more than quadrupled since 1965, when the foreign-born were five percent of the population, and by 2015 immigrants made up 13.5 percent of the U.S. population.

Note that only 7.2 percent identify as Americans rather than by their immigrant ancestry.  Sort of up-ends those calls for “America First.”  Predictions based on census figures see Asians becoming the largest immigrant group over the next 50 years, with the number of Mexicans in the U.S. actually declining.

If America was not the melting pot some envisioned, a better metaphor might be a rich and spicy stew.  Where would we be without pizza, burritos, pastrami, scones, kielbasa, sushi, frankfurters, chow mein, borscht, fry bread, bar-be-que, corned beef and cabbage, smoked salmon, Danish pastry, French fries, and so on?  The cultures brought by immigrants over the centuries have, by any measure, enriched our nation, a nation of immigrants.

(Sources:  World Atlas; Facts on Immigration Today – Center for American Progress; Migration Policy Institute; U.S. Census; my labor history curriculum notes.  In Part 2, we look at who is where and what immigrants mean for the U.S. economy.  Part 3 will examine the causes of the present migrations, especially from Central America and Mexico.  Part 4 will consider the ”War on Drugs” and the role of immigrants.) 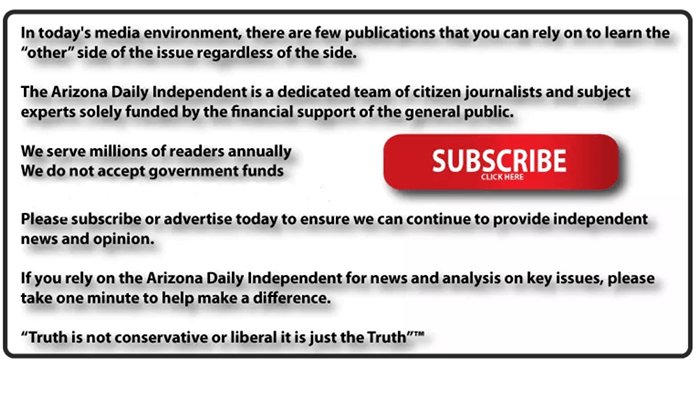