Arizona Attorney General Mark Brnovich has earned a reputation for doing as little work as possible, but on Monday he proved that he will work hard at making a fool of himself time and time again. This time around, the hefty AG showed of his prowess with nunchuks.

Prior to this video I agreed with the Governor in his support. Now! Clearly the Governor should have vetoed this bill.

Just recently the Legislature repealed the state’s ban on nunchucks. Although the bill has been signed by the governor, it will not go into effect until 90 days after the Legislature adjourns.

Brnovich has largely avoided work and controversy while in in the AG’s office in order to run for governor.

In 2017, Brnovich showed up at the office as Elvis. 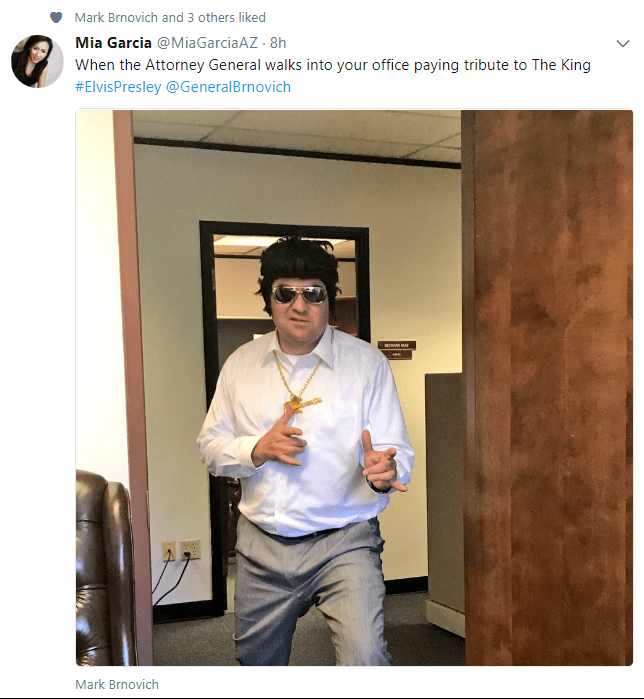 How can anyone take this man seriously?