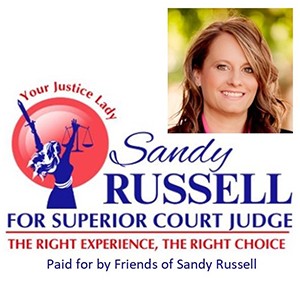 A tentative settlement in a federal lawsuit against the City of Tombstone is in jeopardy over a dispute about who has the right to dozens of historic documents and photographs seized from a former employee’s storage locker three years after she was let go as the city’s historic records manager.

Nancy Sosa sued the city and Marshal Bob Randall for civil rights violations after the marshal obtained a search warrant in November 2017 to raid a storage locker rented by Sosa, who worked for the city from 2010 to September 2014. The marshal told a judge he was looking for four types of documents Mayor Dusty Escapule reported stolen in 2015.

Some of the items Escapule said were missing dated back to 1881, including what he described as an original gold-inked handwritten charter from when the Legislative Assembly of the Territory of Arizona recognized the then-Village of Tombstone as a city. 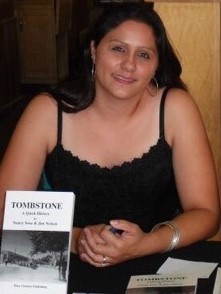 Randall’s deputies didn’t find any of the missing items in Sosa’s storage locker, but they seized hundreds of other documents, along with clothing, tools, photographs, and a computer drive from inside the locker. Some items were returned shortly after the raid, but the majority of the photographs and documents were not returned to Sosa, a researcher who co-authored a 2009 book about Tombstone.

In November 2018, attorney Joel Borowiec filed the lawsuit on Sosa’s behalf after the marshal again refused to return the remaining items. Then in June, attorney Andrew Petersen, acting on behalf of the city’s insurer, notified U.S. Magistrate Judge Bruce Macdonald that Tombstone’s city council approved a financial settlement to Sosa.

But six months later the settlement remains unfinalized because city officials contend Sosa doesn’t have a right to the remaining items. The parties are now asking Macdonald to mediate the issue in hopes of salvaging the settlement. If mediation is unsuccessful then a late 2020 jury trial is expected.

Several people were interviewed during the investigation, including Melanie Sturgeon, the past-Director of the State Archives, who worked with Sosa to preserve Tombstone’s historic records. She told a detective that the original 1881 handwritten charter by which Tombstone became a city has been stored for decades at the State Archives in Phoenix.

Sturgeon also said she and other historians had never heard of a second handwritten “original” version of the charter from the 1880s. However, Sturgeon noted that state officials gave the city photocopies of the charter over the years.

Because of the age of the ink and paper, the writing of the charter looks bronze, light brown, or dark gold when photocopied in color.

When Randall obtained the search warrant in November 2017, he based his probable cause in part on a statement from someone who claimed to have seen Sosa at a local business sometime in 2016 in possession of boxes labeled “City of Tombstone.”

Petersen contends the marshal’s search warrant request and the subsequent seizure were undertaken with cause and in good faith. If the settlement with Sosa falls apart, Petersen has notified the court he intends to argue at trial that the city employees have absolute and qualified immunity for their actions.