An Arizona man, Jacob Anthony Chansley, who goes by the name Jake Angeli and claims often that the fictional “Q” sent him to various political events, was arrested on Saturday.

Chansley, a self-described “QAnon shaman,” was charged earlier this week with knowingly entering or remaining in any restricted building or grounds without lawful authority, and with violent entry and disorderly conduct on U.S. Capitol grounds.

The Department of Justice alleges that Chansley, was identified as the man seen in media coverage who entered the Capitol building dressed in horns, a bearskin headdress, red, white and blue face paint, shirtless, and tan pants. This individual carried a spear, approximately 6 feet in length, with an American flag tied just below the blade.

“Q” refers to an internet myth creating community otherwise known as QAnon from which many conspiracy theories spring.

Chansley was frequently seen with failed senatorial candidate Daniel McCarthy and his fringe following. After McCarthy lost soundly to Sen. Martha McSally in the Republican Primary, the group rejected the Republican Party and have been in the process of forming their own.

In fact, McCarthy has posted his support for Chansley on Facebook: 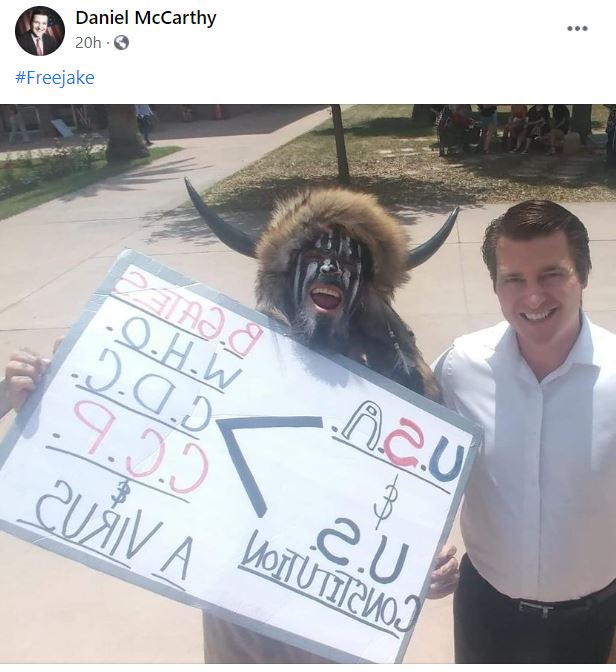