TOMBSTONE – Larry Widen believes ghosts and spirits have unfinished business in the human world. In what’s considered one of Arizona’s most-haunted towns, where ghosts lurk on practically every corner, his Ghost City Tours combine the Wild West history of Tombstone with stories of spirits who linger still.

“This town is one of the top 10 most-haunted cities simply because so many people lost their lives here in such a short period of time,” Widen said of Tombstone, founded in 1877. “There were lots of suicides, lots of gunfights, lots of people cheating each other in business deals because once the money started rolling again, friends weren’t friends anymore.”

Ghost tours in Tombstone and Flagstaff have seen an uptick in business during the COVID-19 pandemic, when many businesses closed because of social distancing requirements and a lack of customers. Ghost tours were safer, outdoor options.

Widen is a senior tour guide for the national tourism company’s Tombstone location. At night, he takes customers fascinated by the paranormal on a walking tour around town to some haunted locations, including Big Nose Kate’s Saloon and the infamous Bird Cage Theatre.

Tombstone is best known for the gunfight at the O.K. Corral, and it saw many less-notorious clashes among cowboys, prospectors and thieves before the silver mines played out.

But when the pandemic hit, Tombstone, quite literally, turned into a ghost town.

“Normally you will come on any given day and find 200 people walking around the street, and then for a while it was cut way down because people were afraid to be in crowds,” Widen recalled. “Anybody who relies on visitors to make their city prosperous suffered, but it’s starting to bounce back, and the good news is that the town has a legend that sustains it.” 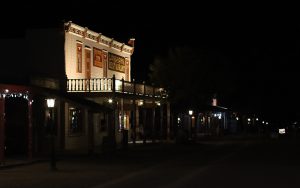 Susan Wallace, the Tombstone Chamber of Commerce president, said the pandemic shut down the town for a time, but the chamber still was getting requests for information about the world-renowned gunfight in front of the O.K. Corral in 1881.

“We are very thankful that so many people have been coming back to town, and not just for the day, but for the weekend and even for extended stays,” she said in a statement. “Our little town has a lot to offer, and it makes a great home base for those visiting the other wonders of Cochise County.”

Ghost City Tours started offering walking ghost tours in Tombstone last year during the pandemic when other tourist attractions were forced to close.

Widen said Tombstone’s appeal for Ghost City Tours was the gunfight between the Clantons and the Earps at the O.K. Corral. Other ghost tours operate in Tombstone, but with Ghost City’s outdoors tours, he said, people could mask up and safely social distance.

“People are traveling again, and that is the good news,” Widen said. “I think walking tours are the best because I can walk you right up to things and can bring you to what I call a piece of sacred turf.”

Widen said as more people rated the tours on travel review websites such as Yelp and Tripadvisor, the demand increased. 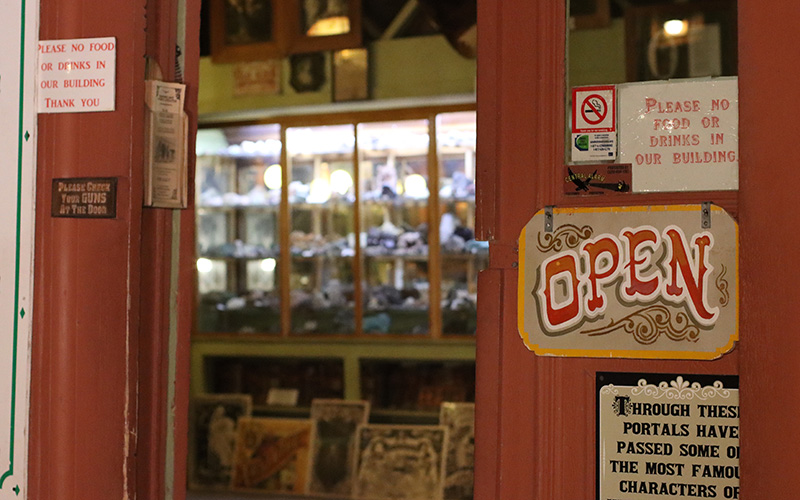 “Luckily, we’re busy all year round,” he said. “This dips a little bit in the winter months, but for the nine months, it’s great.”

Nick Jones of the Freaky Foot Tours in Flagstaff, or “Nefarious Nick,” has seen exponential growth since the pandemic started in March 2020.

“Between last October’s growth and this year’s growth, we’re sitting close at a 3,000% increase in business,” he said. “Originally, we used to advertise more toward international travelers, but now it’s people who are regional.”

Freaky Foot Tours started in 2015 as a mother-and-son start-up team when Jones’ mother, Susan Johnson, a local historian, wanted a ghost tour in Flagstaff. After researching the town’s roots and founding in the late 1880s, Johnson created a ghost tour that combines chilling ghost tales – including a murderous maintenance man in the city library and the Woman in White on the balconies of the Orpheum Theatre – with the history of Flagstaff. 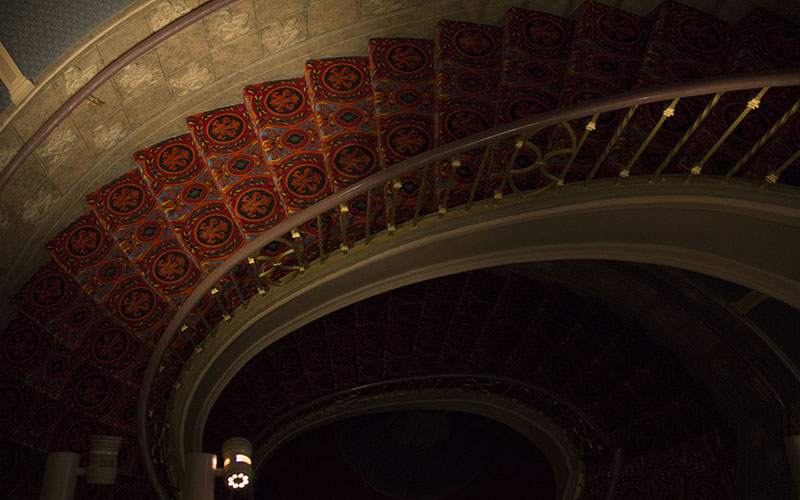 Do you believe in ghosts? UA researcher explains the science of spirits

Before the pandemic, Jones said, the business had one guide offering tours for Friday and Saturday nights. But as performers and friends in the entertainment industry were being laid off and families wanted to travel again, the company saw a business opportunity. Now, they have five guides giving tours Tuesday through Saturday, with a special kids tour geared toward ages 5 to 12.

“We’re in a unique position because COVID didn’t hit us prior to October of last year because we just completely changed the way we do business,” he said. “My business is very privileged in the sense that it does not operate indoors, so a lot of the constraints that happened for indoor business owners haven’t directly impacted us.”

In an effort to help other businesses get back on their feet, Freaky Foot Tours tries to steer tourists to other downtown businesses.

“I believe everyone benefits when the local economy is doing better,” Jones said. “Almost all the stops are places you can actually go into, so we try to do a plug for them, too.”