PHOENIX – Downtown Phoenix was alive with championship competition and a high-energy atmosphere for a long-awaited weekend visitor: the AVP Tour.

The top six men’s and women’s teams on the AVP Tour’s Gold Series marked professional beach volleyball’s return to Arizona with 14 matches in two days at the Phoenix Championships. But there was a major difference from previous AVP events held this season and in Arizona: The Footprint Center’s massive roof and video board hanging over the net.

Despite playing inside an arena that shielded players from the state’s extreme weather elements, Chase Budinger felt right at home.

“My first thought was I forgot how big these arenas are,” said Budinger, a former University of Arizona standout who played in 17 games for the Suns during the 2015-16 season. “When you’re playing (in the NBA), you just get used to these types of arenas and you’re just focused on the basketball part.” 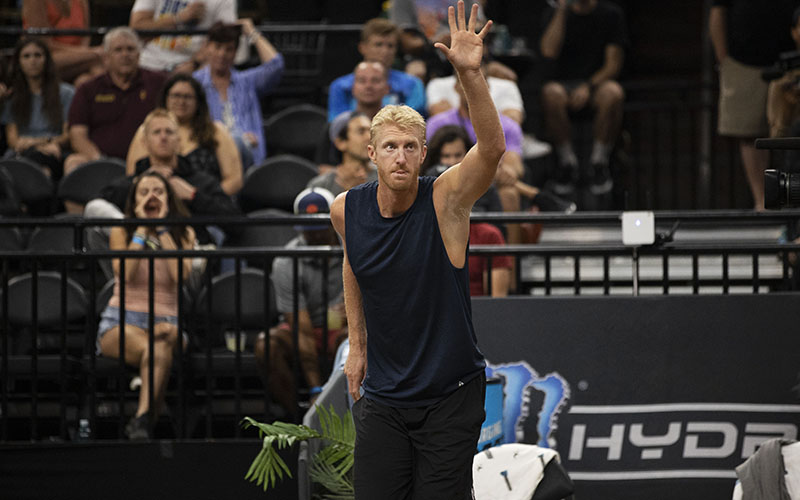 “I thought the AVP did a great job with the venue and how they displayed it all and made it feel like it’s a lot more compact,” Budinger said. 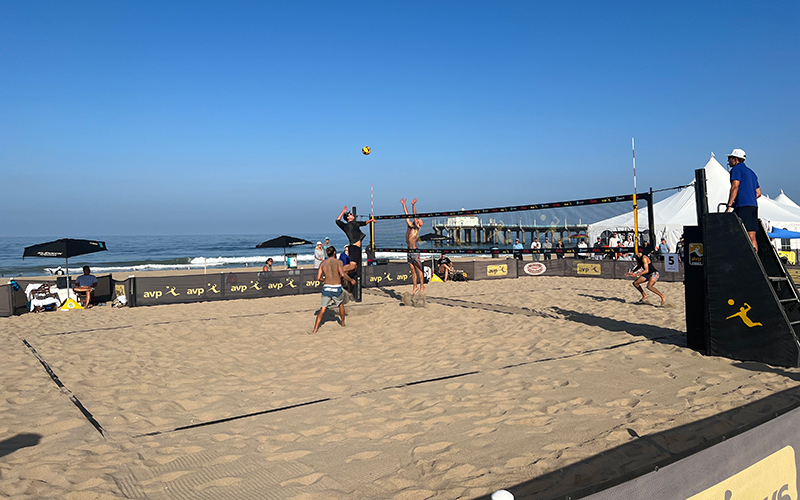 Phoenix native Sarah Sponcil, who competed against Flint in the women’s semifinals, said the sand was more packed in compared to outdoor events like the Manhattan Beach Open. Those conditions led to more aggressive play in competition Friday and Saturday.

“A lot of people are jumping more and swinging more,” Sponcil said. “The game’s changed a bit, which I love because I grew up playing indoors. So now, you’re hitting angles that you haven’t hit in a while, and I think people are really just enjoying it.”

Both players had plenty of support from friends and family supporting them.

“I feel their support all the time,” said Flint, who noted that she secured additional local sponsors this weekend. “To have them here and have fans and people celebrating me and Kelly (Chang), it’s pretty awesome.”

“I think it just shows how much people mean to me and relationships,” Sponcil added. “I think that’s what’s so special about sports is that you can have a season of your life and you can win games and lose games, but when you cultivate (those relationships) and you come back, you just see how much those people meant to you.”

The AVP Tour has a rich history in the Valley. The tour played its first-ever tournament in Scottsdale in 1984, before moving the event to Phoenix from 1989 to 1997. This era was dominated by pairings like Randy Stoklos and Sinjin Smith and Mike Dodd and Tim Hovland. 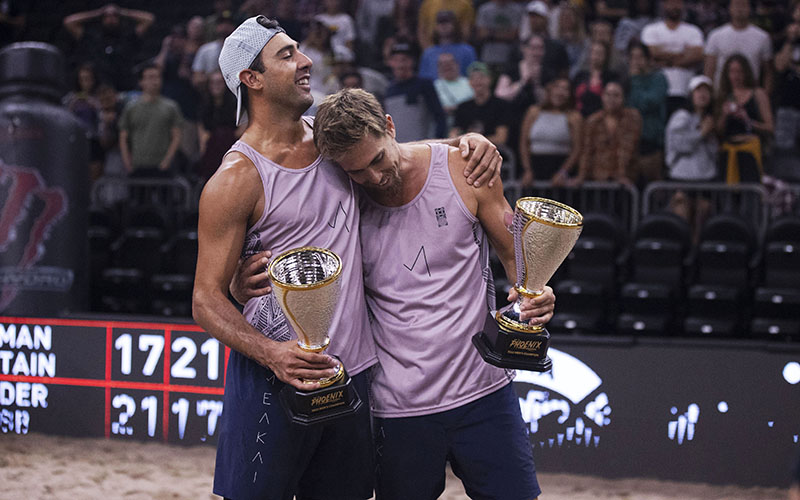 Partners Taylor Sander and Taylor Crabb celebrate with their trophies after winning the men’s title at the AVP Phoenix Championships in Footprint Center. (Photo by Brooklyn Hall/Cronkite News)

The Arizona tournaments formerly took place outdoors, which made the indoor Phoenix Championships a new experience for the tour. The AVP Tour’s last official indoor event, not including the tour’s former Hot Winter Nights series, took place in 1996.

The players all got positive vibes from the AVP Phoenix Championships and, like Crabb, look forward to similar AVP Tour events in the future.

“This has to be probably the coolest tournament the AVP has put on,” Crabb said. “The whole indoor scene was unbelievable. The people here in Phoenix are unbelievable, and we love it.”

Sponcil has big ambitions for the future of indoor AVP Tour events, particularly at the Footprint Center in her hometown.

“If we can one day pack this whole thing, I think that would just be amazing just to see and just for our sport,” Sponcil said.