The adult stepchildren of a Sun City man who was married to their mother for nearly 30 years before a divorce are entitled to the assets he left them in his will, the Arizona Court of Appeals ruled last week. 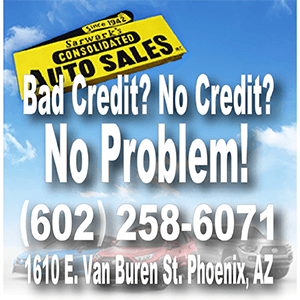 Court records show Ronald E. Podgorski married the mother of Krista Jones and Douglas Olson in 1987 when her children were minors. He did not adopt his stepchildren, nor did he have children of his own.

During the marriage, Podgorski and his wife established a trust to distribute their assets at death. They divorced in 2016 and he died in April 2018 at the age of 70 without taking any steps to change his will nor update the trust.

Podgorski’s stepchildren were named in his will as personal representatives of his estate. And upon his death, the assets of Podgorski’s estate were to pass to them through the trust.

But after Podgorski died, his brother Raymond Podgorski and sister Barbara Fischer asked a Maricopa County Superior Court judge to designate them -and not the stepchildren- as Ronald’s legitimate heirs. They based their challenge on Arizona’s “revocation-on-divorce” statute which voids certain pre-divorce designations which benefit “a relative of the divorced person’s former spouse.”

Jones, as the estate’s personal representative, countered that Podgorski treated his stepchildren no differently after the divorce than during his 29-year marriage to their mother. She also argued that they remained related to Podgorski “by affinity” and thus the revocation statute did not apply.

An affinity relationship requires a showing that a familial connection continued after a divorce.

A judge with the Maricopa County Superior Court agreed with the stepchildren, noting Podgorski made clear by “express terms” his intention to treat Jones and Olson as his heirs. The judge pointed out that Podgorski named his stepchildren as beneficiaries on an investment account after the divorce and even continued to pay premiums for an insurance policy which named them as beneficiaries.

Podgorski’s siblings appealed the superior court ruling, even though they did not dispute that the stepchildren continued a relationship with Ronald until his death. Instead, they argued the Maricopa County judge erred in applying the statute.

In its Aug. 6 opinion, the court of appeals affirmed the lower court’s ruling.  The unanimous opinion notes that nothing in the revocation-on-divorce statute overrides an affinity relationship which “continues independently after dissolution of the marriage” that created the relationship.

The court of appeals also ruled that Jones, as personal representative of Podgorski’s estate, is entitled to recover her “reasonable attorney’s fees and taxable costs” from the estate.

Podgorski’s siblings have until early September to file a petition for review to the Arizona Supreme Court.