When Democratic candidates for President Joe Biden and Kamala Harris stood on stage earlier this year and pledged to give illegal immigrants free healthcare and a free college education, political pundits left and right agreed that illegal immigration would certainly once again be a main issue in the November election.

Yet despite these shockingly wrong-headed policy positions, illegal immigration, and government handouts for illegals have barely been discussed.  Here in Arizona where voters consistently rank immigration as one of their top five issues of concern, the debate has largely been about healthcare, education, and tax hikes.

These are certainly important and critical issues for Arizona voters, but it is curious that this hot topic is absent from our public discourse.

So, what changed?  As President of the National Border Patrol Council, I can tell you that a lot has changed – for the better – during the Trump administration.

Essentially, under the leadership of President Trump, the “magnets” for those who wantonly disregard the rules and laws for legally immigrating to the United States have been removed.  For example, the refugee system — set up to provide refuge for victims of war and persecution who had nowhere else to go, often on an explicitly temporary basis — had long since been abused.  Today the system has finally been returned to its proper role.

As a result, the data shows that our refugee slots are finally being used for their intended purpose of helping genuinely oppressed people and groups, while excluding “refugees” from areas rife with terrorist groups or those just trying to game the system.

The asylum system, too, has been reined in, and no longer serves as a backdoor visa program. Under the “Remain in Mexico” policy initiated by President Trump and related cooperative agreements with Mexico and other countries to the south, claiming a “credible fear” of oppression in one’s home country is no longer a free ticket into the United States.

The Justice Department has finally halted the rapid expansion of hardships that qualified someone as an “asylum seeker,” which allowed economic migrants to avoid scrutiny of their claims for months or years.

These are just some of the reforms and President Trump’s policy successes that helped defeat the so-called caravan waves of 2018 and 2019 and made the border safer and more secure than at any point in recent memory.

With the wall and other long-sought improvements to the border infrastructure, the Border Patrol is making tremendous gains in the fight against drugs and the brutal cartels that smuggle them into our country. Meanwhile, tens of thousands of violent gang members, including members of the vicious MS-13, have been evicted from our country.

This election will be close.  But voters need to ask themselves what would happen under a Biden-Harris administration.  Would President Trump’s reform policies remain, or would they be dismantled?  Will the promise of free healthcare and a free college education serve as a strong “magnet,” thus increasing the number of those entering our country illegally?  Would construction of the border wall cease, allowing drug and human smuggling to continue unabated?

The reality is efforts over the last four years have finally put us on the path to truly securing our border.  Perhaps voters feel like this issue has been resolved.  They’d be wise to consider the consequences of a Biden-Harris administration. 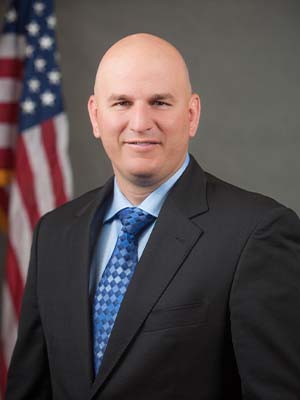 Brandon Judd is the President of the National Border Patrol Council.