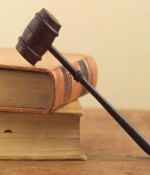 An impartial jurist, administrative hearing Judge Lewis Kowal, ruled that the Mexican-American Studies classes offered to grades 3 thru 12 in the Tucson Unified School District violate Arizona law. That law prohibits classes that promote resentment in children of one race towards another, or are designed to segregate students based on the color of their skin or their ethnicity. Another impartial jurist, federal court Judge Wallace Tashima will soon decide if the laws of our land protect teachers who teach hate and classes that segregate students.

Superintendent of Public Instruction John Huppenthal, as well as countless other educators, child psychologists, social workers, and lay people have examined the Mexican-American Studies classes offered by TUSD. These people have come to the same conclusion as Judge Kowal. Now, we await Judge Tashima’s decision as to whether our Constitution provides a right for schools to segregate children by race and ethnicity, and whether or not curriculum designed to promote hate/resentment based on race or ethnicity (otherwise known as bigotry) will be protected by federal courts.

The evidence considered by Judge Kowal included the testimony of a TUSD teacher who is the parent of a former student in a Mexican-American Studies class. That teacher/parent testified as to the effect of the curriculum on her daughter and her Latino classmates. She described how as the course proceeded through the semester, her daughter’s Latino friends began to shun and ostracize her daughter for no reason other than the color of her skin.

When her daughter tried to explain that every ethnic group throughout history had suffered at the hands of one or another ethnic group, she was told by her teacher, Jose Gonzales, that she as a white child could never understand the plight of Latinos. When she pointed to the Holocaust as an example of man’s inhumanity to man of all colors and ethnicities, she was told that the Jews did not suffer the same atrocities as Mexican-Americans because at least they had not lost their land, too. Her experience, knowledge, and opinion were devalued for no other reason than her lack of “genetic memory.”

Make no mistake; Judge Tashima will be deciding whether this young student’s experience is acceptable in our publicly funded schools.

In law schools, they tell the students about the oatmeal test. If a judge’s oatmeal is hot that morning, he will make a well reasoned just decision, if his oatmeal is cold, he will “throw the book” at even the most repentant first time defendant. In other words, it is hard to call a judge’s decision.

Critical race theory was thrown out by the courts in the 1980’s as a basis for legal arguments. The federal court criticized CRT as anti-Semitic and anti-Asian. Federal Judge Richard Posner called critical race theorists the ‘lunatic core’ of radical legal theory. The Mexican-American Studies classes are based on Critical Race Theory (CRT), and the pedagogy (teaching methods) they use is 100% in line with CRT.

That being said, does it matter how Judge Tashima rules? Yes, it does; and No, it doesn’t.

Yes, it is important in terms of determining the extent to which states have the right to regulate classroom teachers’ speech. Education is, after all, one of the rights that jurists have long held is reserved to the states by the US Constitution. Yes, it is important to determine whether Brown vs. Board of Education, where the US Supreme Court tossed out the doctrine of separate but equal, is now open to modern racist interpretation and revision. It is important to keep in mind that the key questions Judge Tashima will be ruling on are highly technical in nature. However his decision, even if it is based on technicalities, has the practical result that the segregation and indoctrination will continue, at least in the short run.

On the other hand, Judge Tashima’s decision, no matter what it is, cannot be important to those who reject hate and segregation, legal or otherwise. Ethical educators do not need a law to tell them that indoctrination and exploitation of children is unacceptable. Ethical educators know that no cause justifies indoctrination. The use of classes that are designed to segregate students by ethnicity or race has been abhorrent to any ethical educator and most Americans for decades.

Even if Judge Tashima finds for the Raza Studies teachers on a legal technicality; the legal struggle is for the legal scholars and not in the interests of third grade scholars.

Whatever the court decides, it is the voters’ decision that will ultimately matter. In November 2012, they must elect TUSD Governing Board members who are committed to ending racist programs of indoctrination. They alone can end the current MAS program, and any other programs which reject our country’s core principles regardless of the decisions in any court of law.

Loretta Hunnicutt is the co-founder of Tucsonans United For Sound Districts (TU4SD), a nonpartisan organization dedicated to the preservation of public education.