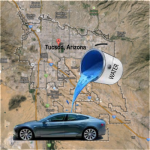 City fathers are all agog over the prospect that Tesla Motors is considering Tucson as the site for “a $5 billion ‘gigafactory’ for lithium-ion batteries for electric cars” according to the Arizona Daily Star (see story here). The jobs provided by such a factory would indeed be a boon. City administrators think that an alternative energy manufacturing plant is environmentally friendly, but, as we will see, mining lithium for the batteries has environmental consequences similar to those of copper mining which some on the City Council seem to disfavor.

Lithium is produced from two main sources: solution mining of lithium rich evaporite deposits, and from hard-rock mining of pegmatites.

Lithium occurs in evaporite deposits and clays that formed from drying of playa or salt lakes. The lithium is probably of volcanic origin. Such deposits are drilled, injected with water, and pumped. The pumped, lithium-containing water is put in large evaporation ponds where lithium is concentrated, usually as a carbonate or chloride (incidently, lithium carbonate was used medicinally for certain mental problems). The resulting lithium salt is sold to manufacturers. This method is water intensive and, ironically, most such mines occur in arid climates. 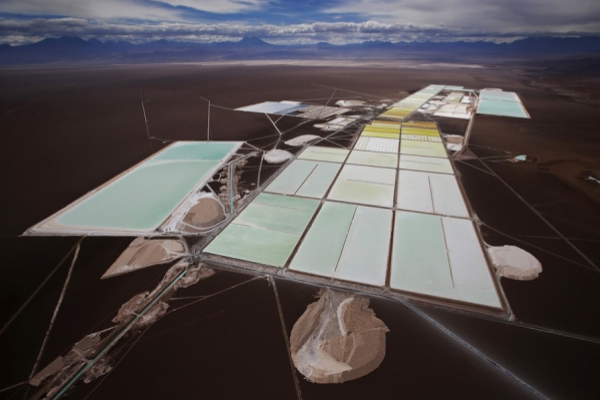 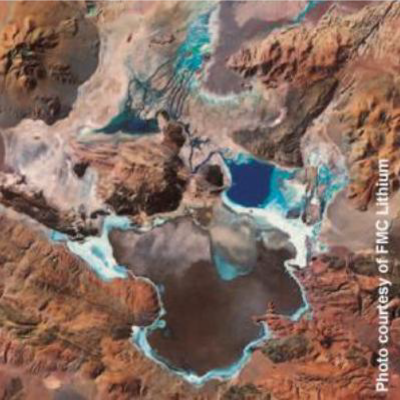 In the U.S., only the State of Nevada produces lithium. The Chemetall Foote Lithium Operation at Silver Peak in Esmeralda County (an old silver mining camp), produces lithium from brines, see photo below. 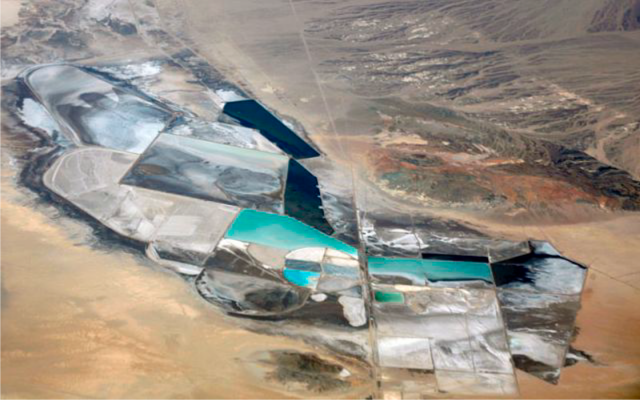 Elsewhere in Nevada, additional evaporite deposits and near-surface lithium-rich clay deposits are being explored. The latter will be mined by conventional open pit methods and the lithium will be extracted from the clay through either a pyrometallurgical (roasting) or hydrometallurgical (solution) method according to EVworld.

The other major source of lithium is the mineral spodumene which occurs in pegmatites (very coarse grained, crystalline igneous rock). The Talison Greenbushes mine in western Australia produces about 23 percent of the world’s lithium from this type of deposit. The operation, shown in the photo below looks very much like an open pit copper mine. 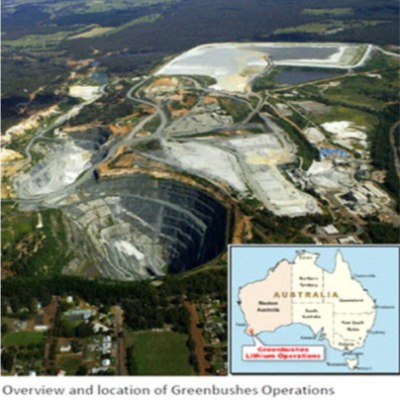 Lithium is a highly reactive and flammable metal, so much so that it does not occur in nature in pure form; is always occurs as a metal salt.

Lithium’s reactivity has produced some problems with fires in electric/hybrid vehicles. See stories of battery fires in the Chevy Volt here; and fires in the Tesla here, here, and here.