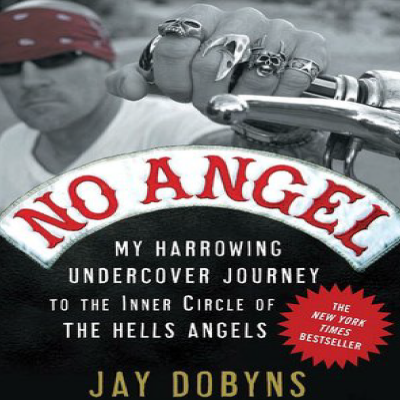 Between 2001 and 2003, Jay Dobyns became the first and only law enforcement officer to fully infiltrate the Hells Angels motorcycle gang, in addition to hundreds of other successful undercover investigations. Judge Allegra makes extensive findings of fact against the Department of Justice and ATF for grossly breaching a covenant of good faith and fair dealing that was part of Jay Dobyns’ September 20, 2007, settlement agreement with ATF. That agreement arose from ATF’s failure to properly manage and respond to past death and violence threats against Agent Dobyns. Judge Allegra awarded Jay Dobyns $173,000 in monetary damages for emotional distress from the actions by the Department of Justice and ATF.

Judge Allegra also denied in full the government’s counterclaims for royalties from Jay Dobyns’ New York Times Top Ten Bestseller “NO ANGEL: My Harrowing Undercover Journey to the Inner Circle of the Hells Angels” and for contract payments for the sale of his life rights to 20th Century FOX for a motion picture. Judge Allegra awarded the federal government zero dollars on its counterclaims.

The Court summarized the lawsuit and outcome:

This contract case is before the court following an extensive trial in Tucson, Arizona, and Washington, D.C. Jay Dobyns, an agent of the Bureau of Alcohol, Tobacco, Firearms and Explosives (ATF), alleges that ATF officials breached an agreement that he had with the agency settling a prior dispute. He contends that ATF’s conduct also breached the covenant of good faith and fair dealing associated with that agreement. Both breaches, Agent Dobyns asserts, give rise to the imposition of damages. Defendant, meanwhile, counterclaims that Agent Dobyns breached his employment contract with ATF, as well as federal regulations and ATF orders, by publishing a book based upon his experiences as an agent, and by contracting his story and consulting services to create a motion picture.

Based upon the extensive record, the court finds that there was no express breach of the settlement agreement here, but that defendant’s conduct associated with that agreement effectuated a breach of the covenant of good faith and fair dealing. Based upon the extensive record, the court concludes that defendant’s conduct, indeed, constituted a gross breach of that covenant. Damages for mental distress, as well as pain and suffering, will be awarded because of this breach. As to the counterclaim, the court concludes that plaintiff did not breach his employment agreement with ATF by writing and publishing the book in question, because plaintiff’s conduct was countenanced by the settlement agreement and by ATF officials. The court thus rejects defendant’s counterclaim.

Writing on his blog, Dobyns noted, “I have been vindicated. First, I must thank God who provided me with strength and faith during these events.” He quoted the Bible, “This is my command—be strong and courageous! Do not be afraid or discouraged. For the Lord your God is with you wherever you go. (Joshua 1:9)”

“I thank those who have supported me; family, friends, peers and strangers but mostly my wife and kids – they have been the true victims here and been forced to suffer to needlessly,” wrote Dobyns.