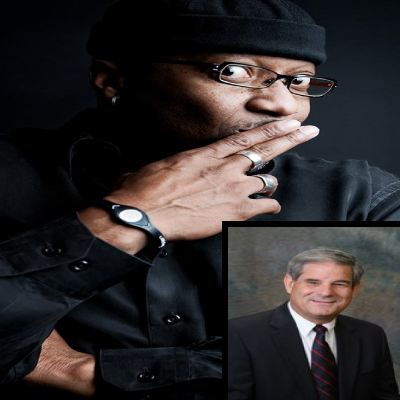 Now, Republican leaders in Pima County are calling for his resignation. It is always the cover-up that sinks you.

Listeners heard Franzi wrongly allege that Harris had endorsed the Democrat incumbent in the race; Congressman Ron Barber. Ash doubled down on Franzi’s weird suggestion that someone go over and “hang up a sign about [James T.]Harris and that phony light colonel [Lt. Col. (ret) Thomas Norris] who was over there endorsing Barber.” Ash replied, “How about kneecapping the both of them…,” referring to both Harris and another host at the station, Jon Justice.

Lt. Col. (ret) Thomas Norris is a legend in the A-10 community and he has been working closely with New Hampshire Senator Kelly Ayotte and Congressman Barber on saving the A-10. It was on Harris’s show that the nation first learned of the Air Force’s plans to mothball the aircraft.

“Out of the abundance of the heart, the mouth speaks,” said Wooten in his statement calling for Ash’s resignation. “In the process of shredding virtually everyone in their path, particularly conservative Republicans that do not agree with them, the show’s host and Ash launched into a tirade that went really badly, really quickly.”

Wooten was prompted to call for the resignation after the rank and file of the Party became outraged when at first Ash denied that he called for an attack on Facebook.

Harris had jokingly posted on Facebook ala Nancy Kerrigan,” Holy Establishment backlash, Batman! On 1030 KVOI, Bruce Ash, the AZ Republican National Committeeman (1 of 50) just called for me to be physically harmed? He said that if McSally loses, I should be “kneecapped.” Does that make him the Tonya Harding of politics? “Why? Bruce? Why? Why????”

The elderly Ash responded on Harris’s Facebook page, “Dude—Your (sic) acting like an idiot. You should listen to the podcast. Get your facts straight. What is correct is your perpetual kneecapping of Martha McSally in this election has been deplorable.”

Listen to Ash in Inside Track

Ash’s denial set off a firestorm and when the tape was finally made available, the calls for Wooten and other leaders to act from the grassroots went out.

When newly elected State Representative Mark Finchem, (AZ House) was asked about the comments he said, “There is no room in a civil society for individuals to essentially call for physical injury or a “hit” against anyone, no matter what one’s own political position or affiliations might be. The reason James T Harris’ show is so successful is that he calls political types on their shenanigans, and that resonates with many conservative thinkers from both major parties, and especially independents who are principled.”

Just today, the race was called for McSally with an automatic recount, due to the fact that there are still nearly 900 votes in question and she has a lead of 133 votes in the Republican leaning CD2.

“Using a tactic we’ve become all too accustomed to from the Obama administration, Ash launched into a predictable damage-control posture and unsuccessfully attempted to deflect blame back onto Harris. Ash was clearly attempting to cover his tracks, which is a sure sign he knows he messed up. Digital media is a stubborn thing and the unedited radio broadcast is available in its entirety. Nice try, but…” said Wooten.

“Tucson is not Chicago. Mr. Ash may fancy himself a Don-wannabe, but the brazenness in which he so flippantly issued his edict over public airwaves must be dealt with by the RNC—and swiftly,” concluded Wooten.

Distance Spurning: State OK On Social Distancing; Counties, Not So Much